The iPhone 12 series is Apple's debut foray into producing 5G-capable devices and the first major redesign since the launch of the iPhone X. But what lurks underneath?

A new teardown from iFixit shows off the innards of the entry-level iPhone 12, as well as its Pro sibling. With these new mobes, Apple makes few advancements in the cause of repairability, instead keeping faithful to the design decisions found in previous devices. That is to say they're straightforward, if not a bit fiddly, to disassemble. 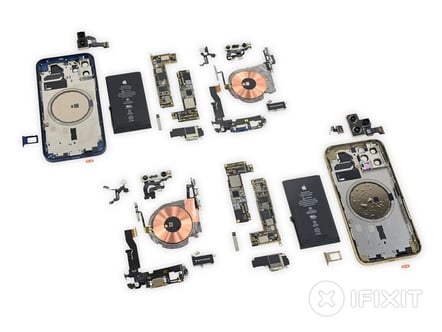 Still, there were a few surprises. Both devices, for example, use Qualcomm's X55 5G modem, as well as the same 5G and LTE transceiver that features on Snapdragon 865 platform. Although Qualcomm is a long-time Apple supplier, recent years had suggested Apple was looking elsewhere for its modems.

The previous-generation iPhone 11 used an LTE modem from Intel. Furthermore, at the end of 2019, Apple acquired Intel's cellular modem business for $1bn, suggesting the firm would move development in house, as it has done with Apple Silicon on the Mac. 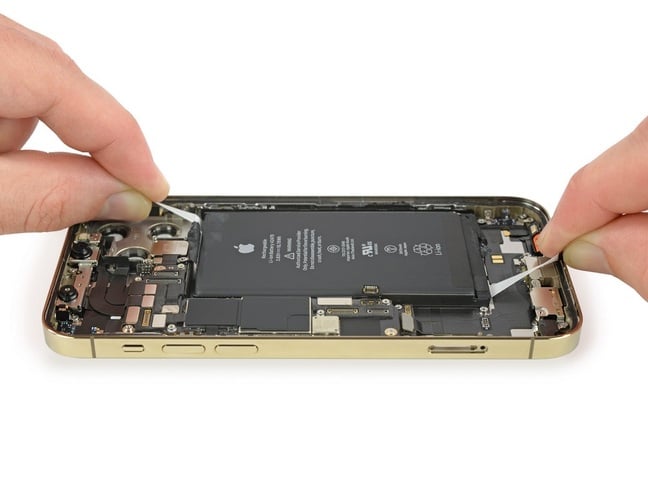 iFixit expressed concerns that Apple had made compromises in the quest to include 5G. It noted the logic board – which contains the fundamentals of the phone, including the SoC, storage, and cellular radios – was significantly bigger than previous generations. This forced Apple to use a conventional rectangular battery on the Pro version, compared to the bigger L-shaped unit used on the iPhone 11 Pro.

The teardown also showed Apple had shrunk the Taptic Engine compared with older iPhones. The Taptic Engine is a major component of the iPhone experience, providing haptic user interface feedback through a linear actuator.

Apple released the iPhone 12 and 12 Pro last Friday, along with the latest-generation iPad Air. Pre-orders for the more capable (and expensive!) iPhone 12 Pro Max flavour open early next month – meaning we'll have to wait a while to see what's inside Apple's priciest blower. ®