If you missed CEO Lisa Su's presentation, you can catch it below. In the short but sweet video, Su holds up a square metal-encased chip. 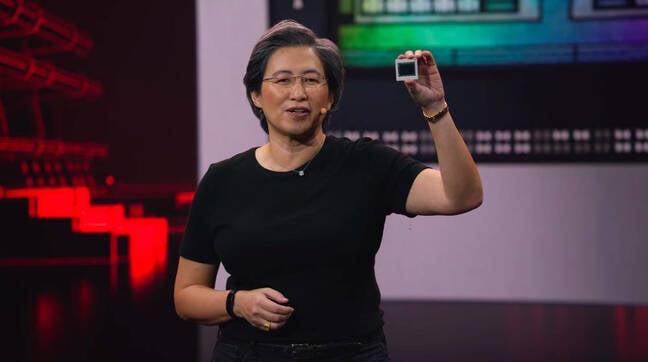 They all have the same PCIe 4.0 technology, 16GB of onboard GDDR6 memory and have 128MB of cache memory, but different amounts of compute units and clock speeds.

All three Navi-based GPUs support the latest RDNA2 microarchitecture to accelerate ray-tracing and shading features needed to render pixels. Su said that RDNA2 offers a boost of about 50 per cent performance per watt compared to its previous RDNA architecture.

RDNA2 has new features, including the ominously named Rage Mode to provide an extra boost of performance when its GPUs start to overclock as well as Smart Access Memory.