App gap is painful so only true believers should buy it

Review The Huawei Mate 40 Pro is a heartbreakingly good phone.

"Good", because it is. Despite being mired in a bloody transpacific spat, Huawei has delivered on pretty much everything you'd want from a flagship, particularly when it comes to the display and camera. If these were normal times, Huawei would have no trouble shifting units.

But these are not normal times. That's where the "heartbreaking" comes in. Despite impressing at nearly every angle, this device will almost certainly fail to repeat the successes of its predecessors. And with Huawei's supply chain under sustained attack as the US exerts its influence in every sphere possible, there's a genuine prospect that this might be the firm's swan song in the £1,000-and-above category. 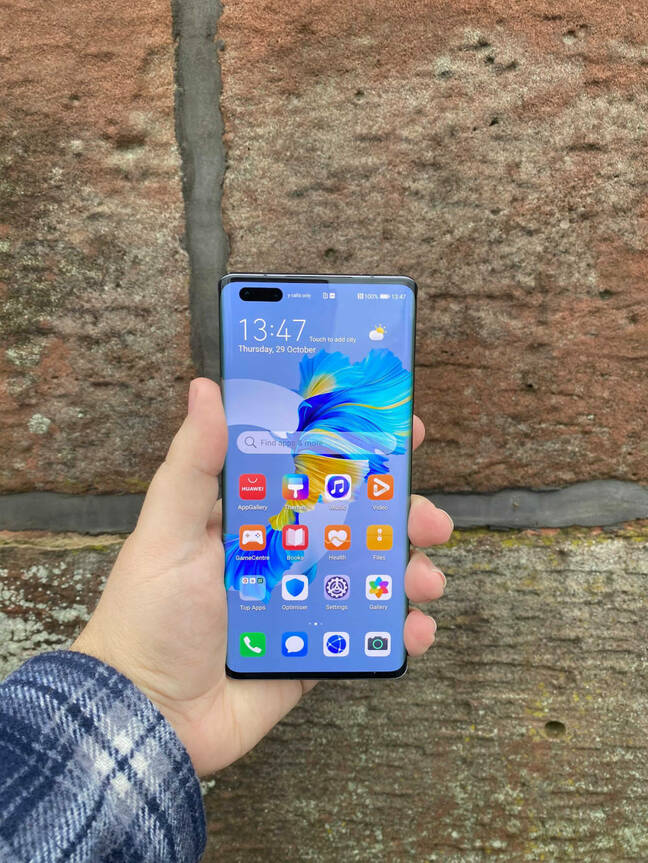 But what a swan song. First, the screen. Huawei opted to use a curved OLED 6.76-inch display with the Mate 40 Pro. It's gorgeous, sharp, bright. The flanks of the display effortlessly blend into the chassis at an 88˚ angle, giving the phone the appearance of being virtually borderless, save for the slight bezels at the top and bottom. That said, it must be costly to replace if dropped.

Then there's the camera. The Mate 40 Pro has four sensors, arranged in a doughnut-type layout. The primary shooter is a 50MP wide-angle sensor, which uses Huawei's RYYB tech. Accompanying this is a 12MP telephoto lens and a 20MP ultra-wide-angle, as well as a ToF (time-of-flight) sensor for depth sensing. 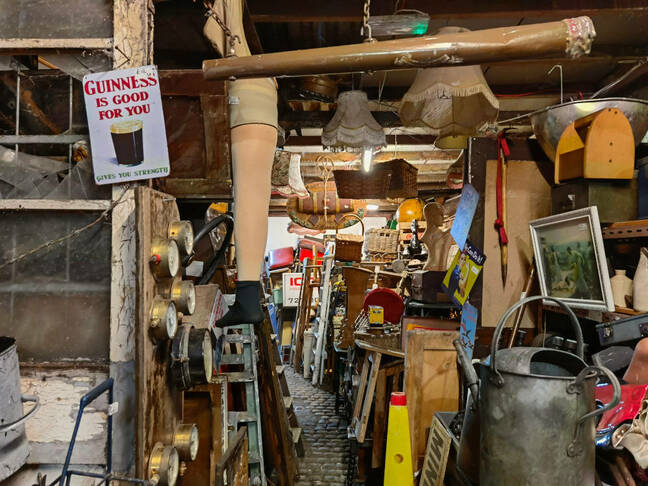 I wanted to stress-test this, so I took a drive to my local antiques shop. These are great testing grounds as they tend to be dimly lit and cluttered with overpriced tchotchkes. As such, they're excellent for seeing how a camera copes with showing details, particularly in challenging lighting conditions. 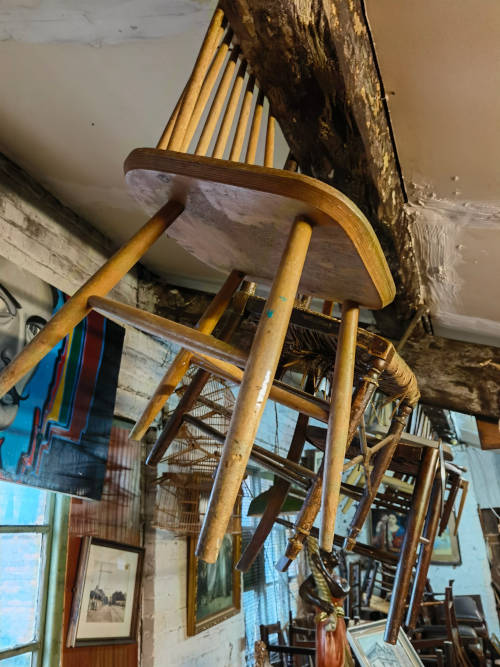 The Mate 40 Pro held up well, automatically compensating for the dingy surrounds without making things look chronically oversaturated. Meanwhile, finer elements in the surroundings, like the price tags attached to the wares, are easily read. 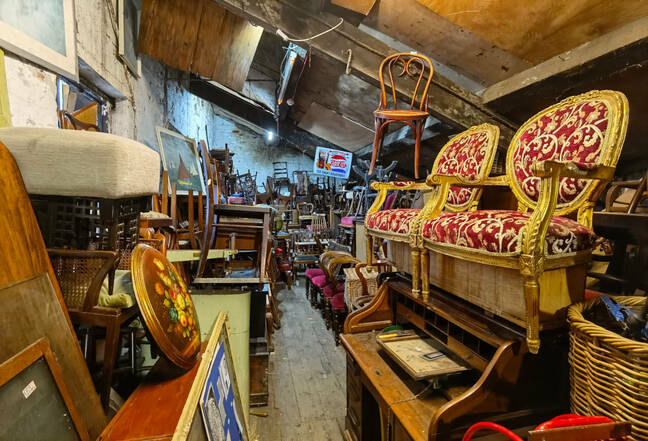 Specs and daily use

The phone itself manages to cope with day-to-day life with sterling fortitude, thanks to its nifty Kirin 9000 chipset, which comes paired with 8GB RAM and either 256GB or 512GB of UFS 3.1 storage. But this is ultimately hamstrung by the lack of Google Mobile Services.

If American tech is used to design or make that chip, you better not ship it to Huawei, warns Uncle Sam

In fairness to Huawei, this isn't its fault. But the absence of the Google Play Store – let alone other essential apps like Gmail, Google Maps, and Google Drive – adds a degree of frustration that you wouldn't get with other phones. A lot of basic stuff, from banking apps to social media frivolities, simply aren't available. You're forced to do without, or download them from questionable sources, like unofficial third-party APK mirrors.

By itself, this is a body blow to the Mate 40 Pro that will make the phone wholly unappealing to audiences outside of China. Somehow Huawei's attempt to circumvent these restrictions makes things worse.

Bit of a clustershuck: This is what happens when you look for Twitter

Here's an example: When you go to the AppGallery and search for Twitter, you don't see a link to the app, as you would with the Play Store.

The first result is for Twitter's mobile website. Then you see an assortment of available (and unrelated) social networking apps, like Snapchat and TikTok. Below that are apps you can't actually download, but can request Huawei to add. This bizarrely includes Vine, which was owned by Twitter and discontinued in early 2017. All which serves to make the AppGallery feel disconcertingly chaotic – if not sketchy.

The Mate 40 Pro shows Huawei is trying to make do with the cards it's been dealt. And it's a great effort from a hardware perspective. The camera is exceptional, and I'm a huge fan of the display, which feels vastly superior to the 2.5D glass found on most contemporary flagships. This phone is easily able to justify its £1,099 price tag.

But hardware ain't everything, and the Mate 40 Pro is hamstrung by the absence of Google Play. While the AppGallery continues to attract third-party devs, it's still unable to close the "app gap" in a meaningful sense.

If Huawei somehow finds itself able to license Google Mobile Services once again, this would easily be the most compelling Android flagship on the market: one we wouldn't hesitate to recommend. But until that happens, only the most ardent of the Huawei faithful should buy this. ®