That's Chromium fixed. But the snap-only problem may reappear for other packages

The Linux Mint team has arranged to provide its own Chromium package to users who were previously pointed towards Canonical's Snap Store if they wanted to get the popular browser.

"The Chromium browser is now available for both Linux Mint and LMDE," said Mint maintainer Clement Lefebvre, noting that the build process for the application and new package is a lengthy one "which can require more than six hours per build on a fast computer." 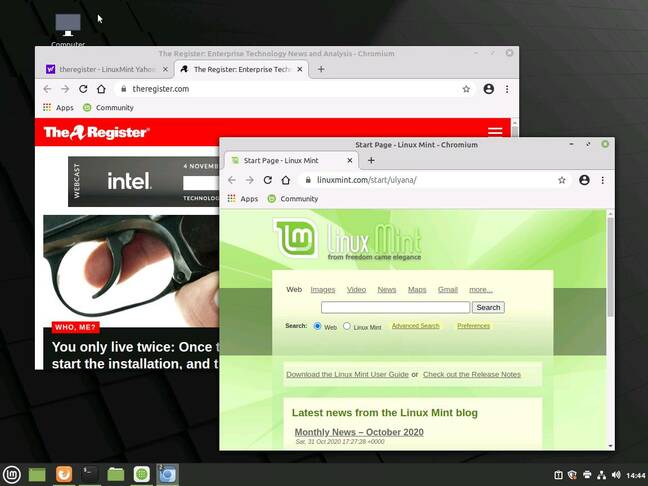 Linux Mint now has its own Chromium build

The team has allocated a new build server which brings the time down to just over an hour, and has automated the detection of a new version of Chromium and rebuilding the package. Chromium is also packaged for Debian but "was rarely up to date," said Lefebvre. 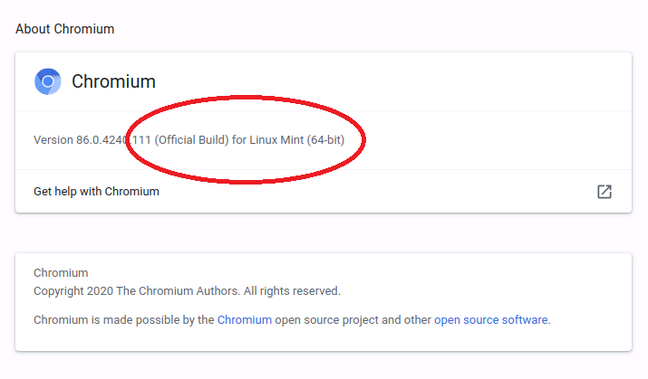 The big deal here is that Canonical said in October 2019 that Chromium, the open-source browser which shares code with Google Chrome, would transition to be packaged solely as a snap, meaning a package designed for the Snap Store, managed by Canonical.

The company said at the time that "maintaining a single release of Chromium is a significant time investment for the Ubuntu Desktop," especially as Google rolls out a new version every six weeks, with security releases in between.

'This was bigger than GNOME and bigger than just this case.' GNOME Foundation exec director talks patent trolls and much, much more

Linux Mint is based on Ubuntu (though there is also a Debian version, LMDE, and an Xfce variant, featuring the lightweight Xfce desktop). Snaps have advantages over traditional .deb packages, being somewhat isolated and enabling one package to target multiple distros.

The Mint team, though, were not happy that Canonical controls the distribution of snaps, and were also miffed that Ubuntu used a dummy Chromium package which was "acting, without your consent, as a backdoor by connecting your computer to the Ubuntu Store." 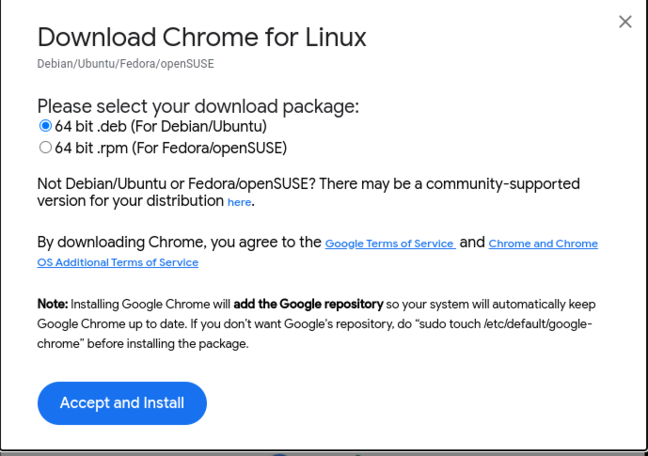 The official Google Chrome is also available as a .deb package but is not open source and comes with baggage of its own

Google does offer its Chrome browser as a .deb package, but Chrome is not open source, making Chromium a more attractive proposition for Linux users. The new Mint-built Chromium shows that the team is serious about enabling its users to manage without the Snap store, though as some have commented, the problem could recur with other packages.

The notion of building applications into containerised packages is not going away. "The effort that is going into having application developers be able to target a single runtime or that works across distributions, I think is absolutely fantastic, and it's something that's been missing for many many years on Linux systems," said Gnome Foundation executive director Neil McGovern, speaking to The Register recently, though he expressed similar misgivings to those of Lefebvre, saying: "I do have a concern that the Snap Store is entirely gated by Canonical."

Lefebvre also introduced a prototype IPTV player called Hypnotix, which is in early Alpha, a new Favourites feature in the file browser and file selection dialog – reminiscent of a similar Quick Access feature in Windows Explorer. ®

Editor's note: An earlier version of this article quoted a user saying the open-source firmware tool FWUPD required Snap to install. The utility's maintainer Richard Hughes has been in touch to say it is possible to install FWUPD via Snap though it is not required. The FWUPD project is now discussing ways to improve its installation documentation, which at the moment steers people toward using Snap or compiling FWUPD by hand.