Android without Google – and yes it has apps: The Reg talks to founder about the /e/ smartphone

How the de-Googled phone works

Interview The /e/ Foundation has brought a de-Googled phone to market - we got one to try, and spoke to founder Gaël Duval for all the details behind this brave effort.

There are two surprises when you unwrap a /e/ smartphone, insert a SIM and turn it on for the first time. One is what a pleasant experience it is, with no demands for accounts and passwords or pre-installed crapware wanting sundry permissions for opaque reasons.

The other is that when you tap the icon called App Store, it is full of familiar names. Facebook, Messenger, Spotify, Apple Music, WhatsApp, Microsoft Outlook, Excel, Word, Google Maps, and many more.

Pre-installed apps are generally open source, but familiar names are available from the store

Games too, including current top hits like Among Us and Roblox. What you will not find is any paid-for apps, which does mean there are plenty of gaps, but it is still better than you might have expected from an open source smartphone.

Marketing a smartphone that does not run either iOS (if you are Apple) or Google Android has a high barrier to entry. Designing and manufacturing the hardware is expensive, and when that is done there is still the app factor: attracting developers to a new platform is challenging. Microsoft failed with Windows Phone, for example, despite all the advantages of size and having its own alternative ecosystem. How does the /e/ mobile get round this?

“We are doing a mirror [of the Play Store] for all the most demanding applications,” Duval told us. “We are using a service called Cleanapk.” 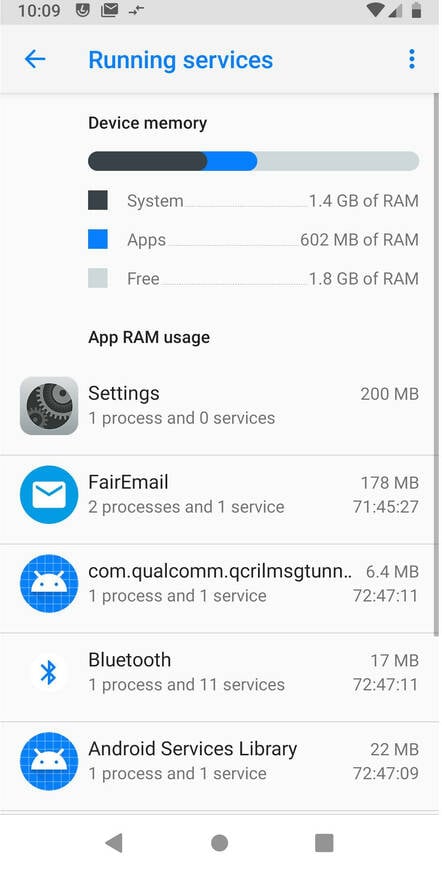 Cleanapk is a repository of Android packages (APKs), which itself draws from an open source catalogue called F-Droid. As a bonus, Cleanapk rates the privacy implications of each package using a tool called Exodus Privacy Analysis – so we learn, for example, that Candy Crush Jelly Saga scores 0 out of 10, as do Outlook, Spotify and many other well-known apps, based on permissions required and/or trackers detected. 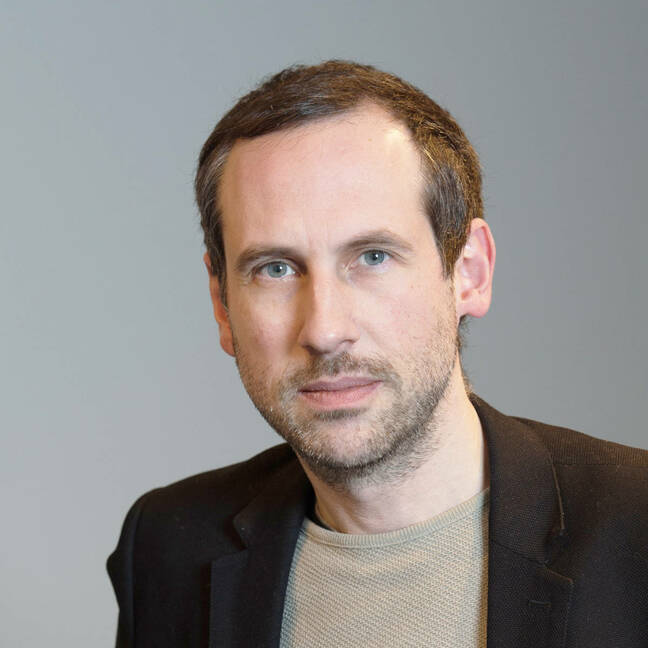 Is it legal to offer all these applications without specific permission from the publishers? “There are many alternative Android stores on the market, that are mirroring APKs,” said Duval. “Our policy is that we prefer a small legal risk with different publishers… instead of the big risk of going directly to the Google Play Store anonymously or something… that could be very harmful.”

He added that “we don’t make money from this,” and that “if a publisher is not happy that its applications are on our store, they just tell us and we remove the application… we didn’t have any yet.” 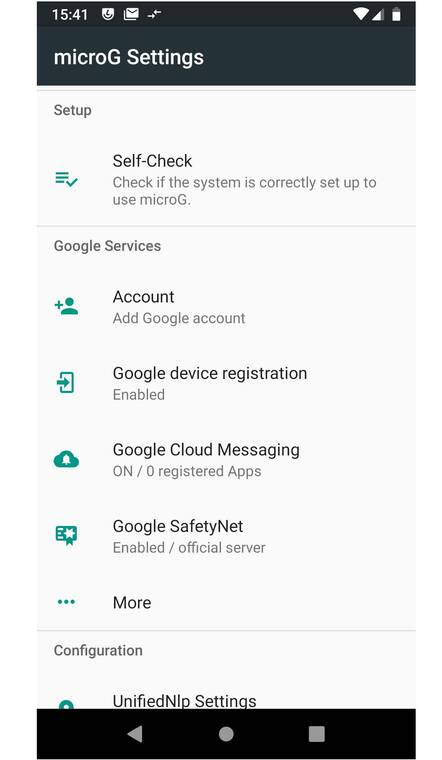 How does /e/OS, the operating system, get round the absence of Google Play Services, depended on by many applications for basic services such as location? The OS is a fork of Lineage OS which uses the open source part of Android, AOSP.

You can find the /e/OS code here. It uses a project called microG which re-implements Google’s “proprietary Android user space apps and libraries.”

Whereas in commercial Android, services such as location and notification go through Google by default, “with MicroG we can plug any other alternative services,” said Duval. “That makes /e/OS very compatible with most of the Android applications.”

Duval told us that Progressive Web Applications (PWAs) are also promising as a way of avoiding App Store lock-in. “It is a new standard to build mobile applications; it’s going to be our best opportunity to break free from dependency on Google Play Store.”

On the hardware side, the /e/ phone we were sent is actually an eco-friendly Fairphone 3, though a Fairphone 3+ with upgraded camera is also available, at €499.90 - a little more than it would cost direct from Fairphone. If you prefer, you can also download the OS for a range of devices including Fairphone 2 and 3.

Installation is not for the fainthearted, involving the Android debugging tools and warnings such as “can cause instability or at worst brick some devices,” so buying pre-installed has attractions. The Foundation also offers refurbished Samsung mobiles.

The Foundation started with just refurbished devices but “we cannot source enough to meet the demand,” said Duval. “Fairphone… gave us access to all the source code needed to build the Android operating system, then they allowed us to make this open source. We started to sell smartphones in May this year.”

Might Fairphone itself offer its mobiles with /e/OS preinstalled? “There is an issue with this,” said Duval. “They have been working with Google to push Android by Google on their smartphone, and when you do this you have to sign several contracts.

Duval is a Linux and open source veteran. Back in 1998, “I created the Linux distribution called Mandrake,” he said. It was well known at the time for its ease of use. “More recently I started to wonder about privacy issues and the domination of Google,” he told us. “Google and Facebook are problematic because they address billions of people and harvest their personal data. They can only do this from your smartphone.

“Three years ago I started to look at [an] alternative to Android and iOS. Even on iOS there is a problem because by default Google search is installed. Apple says they won’t look at your data but Apple is a big closed box. I started to look at stuff I could use to build an acceptable mobile device that would offer guarantees in terms of personal data protection.

"This can only be open source, to be transparent. I was surprised to see that most of the bricks and components that you need to make a new mobile, and the online services, already exist, but separately and not very consistent. My project has been to polish them all and offer a consistent user experience.” 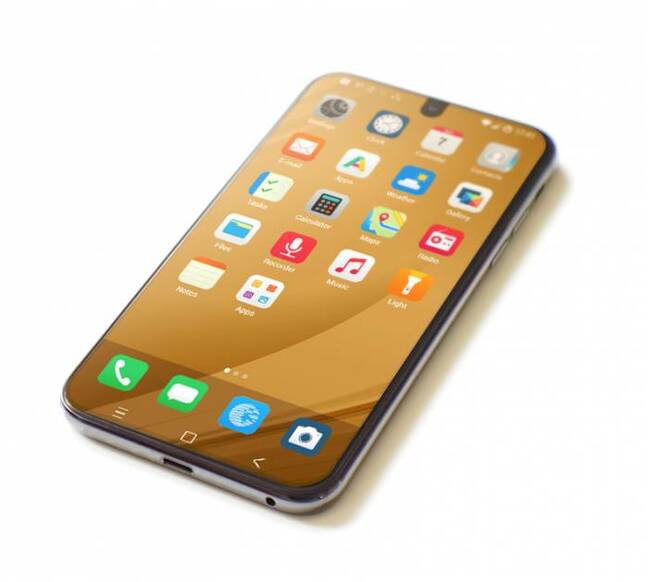 How much momentum has /e/ Foundation achieved?

“We have about 15 full-time people and 30-40 regular contributors,” said Duval. “There are between 10K and 20K regular users, people who use it every day.” Tiny, in other words, but a start; and the fact that the project has delivered a modern, usable open source smartphone with such small resources is a considerable achievement. Duval has also protected against hostile takeover by making the Foundation non-profit. There is a commercial company which handles sales, but the non-profit “guarantees that there will always be the core operating system with an open source licence.”

Might the likes of Google try to interfere if the company grows? “I’m not very concerned,” said Duval. “The funny thing is that AOSP, the core Android project, the leader of the development [at Google] contacted me to tell me, “That’s very cool, what you are doing, if we find a way of cooperation, we are very open to it.”

Is an /e/ Foundation mobile a good buy?

For those who want the best specification and the richest applications for their money, probably not. There is no operator subsidy, paid apps are not available, and if something does not work because, for example, of limitations in the MicroG emulation of Google Play Services, customers are more or less on their own.

On the plus side though, for those who care about the kinds of issues raised, for example, in April Falcon Doss’s recent book on Cyber Privacy, this is one of only a few options (there is also Librem 5).

The operating system feels lightweight and responsive, perhaps because it is smaller and there are fewer background services than on a typical Android device. There are the Fairphone benefits of sustainability, replaceable battery, repairability and so on. Do enough people care? That is the question – but having this kind of alternative is welcome. ®