The display of death

My Bondi Blue had been sitting unused for a couple of years, so after I stripped its digital side down to its basics, I felt perfectly safe in opening up its CRT enclosure — something I wouldn't dare do if I had just shut the thing down.

If you don't already know, hear this: inside of CRT enclosures lurk massive, deadly voltages, just waiting to leap out of, say, an industrial-strength capacitor and lay you low. If you have a CRT-based display and it starts to go on the fritz, don't blithely open it up and start mucking about — even the next day or, as some say, the next week. One false move and your family will find out if your will is in order.

That said, here's what the Bondi Blue's analog CRT looks like when it's stripped naked: 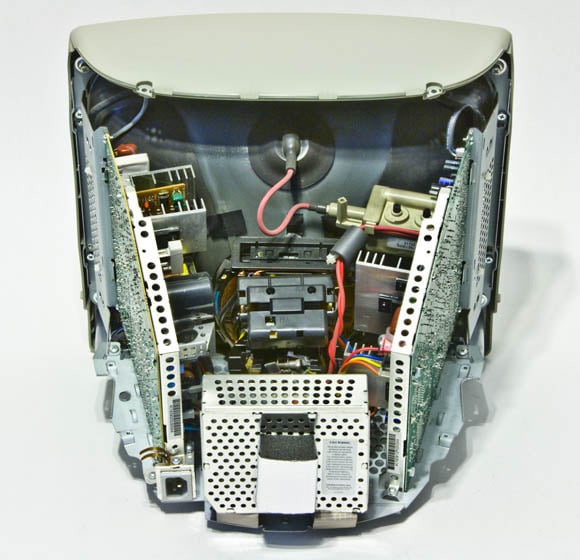 I'm the first to admit, like some rural folks used to say, that I "don't know jack-dog" about CRT techology — I just enjoyed opening the damn thing up, taking a peek inside, and remembering the bad old days: 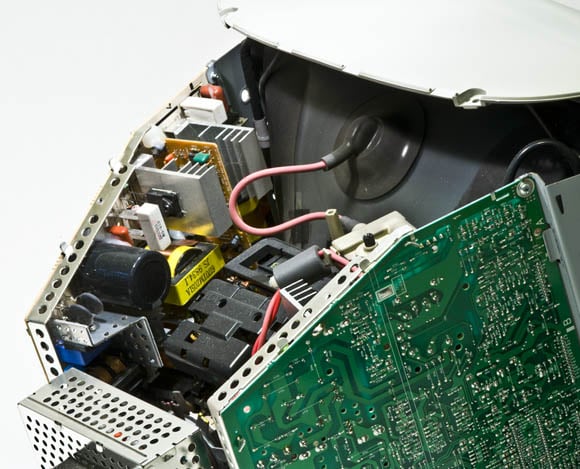 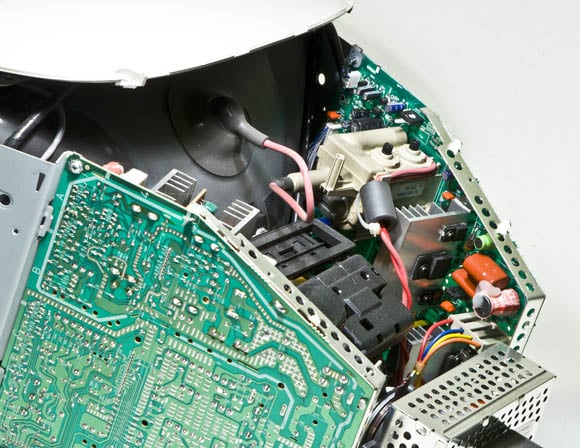 The right side of the CRT circuitry (click to enlarge)

Not that CRT technology is inherently bad — don't get me wrong. There are many fine CRT displays that can outperform many of today's flat panels. But the iMac wasn't equipped with one of them.

Despite Steve Jobs' assertion during his rollout presentation that the iMac's CRT was "an Apple-quality display that we are very proud of," iMac displays were notoriously short-lived and problem-plagued. 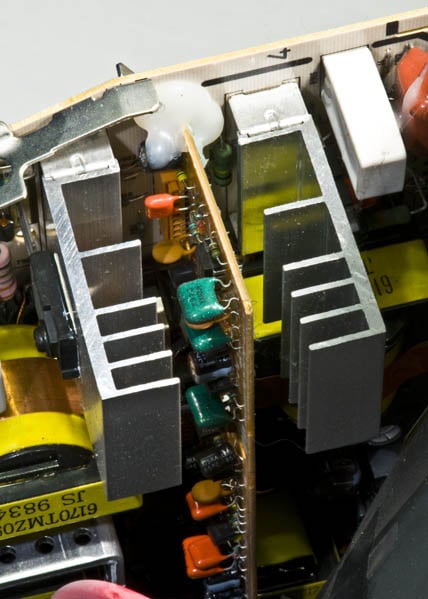 CRT circuitry puts out a lot of heat; these heat sinks are there to try to help (click to enlarge)

The iMac CRT's flyback transformer was often cited as flaky and problem-inducing. Also problematic were the CRT's electron guns.

My family has owned three G3 iMacs. The CRTs on two of them failed. A small sample, I know, but cruising around the interwebs looking for similarly disappointed users told me I wasn't alone. 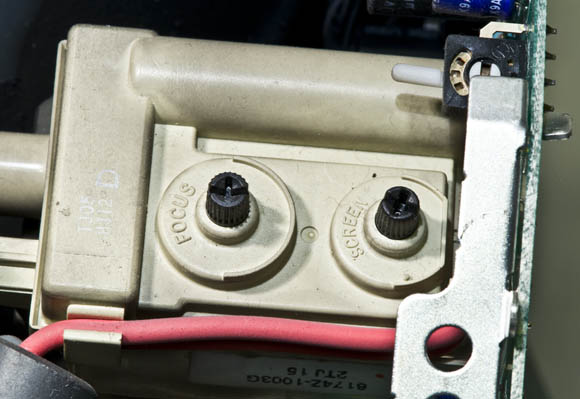 That said, the iMac certainly wasn't alone in having problems with its CRT — I once had a an off-brand CRT implode while I was testing it — and satisfied CRT-equipped iMac users far outnumbered those faced with fading colors or fuzzing focus.

If the G3 iMac's display problems had been fatal to its acceptance by consumers, Apple would now be either dead or dying, and Steve Jobs would be out of work. They weren't, it's not, and he's the CEO of the Decade, immortalized in cheese. 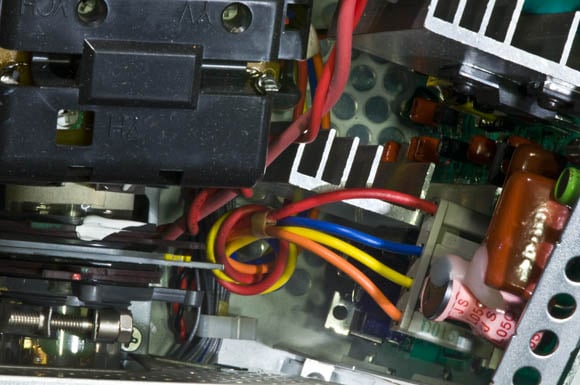 I don't know exactly what these CRT wires do, but they shore are purty... (click to enlarge)

And now my office floor is littered with Bondi Blue iMac G3 parts, and my desktop is cluttered with PC boards, wire bundles, SO-DIMMs, and screws. Lots of screws.

I'm surrounded by the guts of the personal computer that saved Apple, arguably jump-started the internet age, helped kill off the floppy, and brought translucency to everything from George Foreman grills to Rowenta Surfline steam irons.

Although Formac has disappeared from the US market, it's alive and well in Europe, with offices in the UK and its home country of Germany.

All photographs by the author