KDE maintainers speak on why it is worth looking beyond GNOME

The Qt advantage? 'We're a weird by-product of coffee machines and cars'

Interview KDE Plasma is a Linux desktop environment which has just been updated to 5.20 - but why should users consider it instead of GNOME, the default for Ubuntu and Red Hat, or the lightweight Xfce? We spoke to Plasma maintainers David Edmundson and Jonathan Riddell. 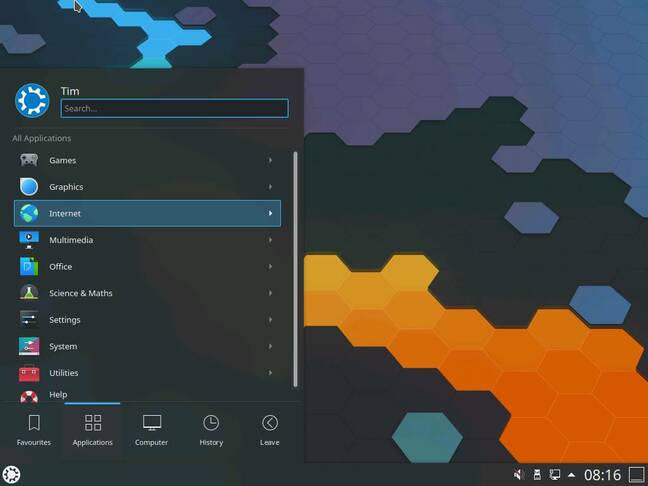 KDE is a Linux desktop built using the Qt framework

KDE dates from 1996, when it was announced by Matthias Ettrich, a Linux fan who sought an alternative to Microsoft’s Windows 3.1, of which he said back in 2003: “There was really nothing good one could say about it, but it was popular.”

The name originally stood for Kool Desktop Environment and was also a pun on CDE (Common Desktop Environment), a proprietary Unix desktop. Ettrich chose the Qt framework from Trolltech (now the Qt Company) to build it, later becoming an employee. 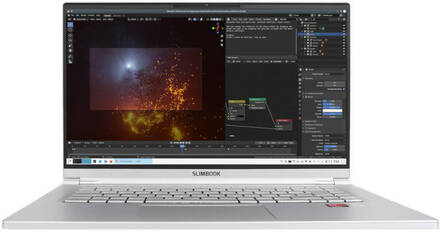 Since then, these two desktops have jostled for position in the Linux desktop world, with GNOME more often the default but KDE retaining a following. Prominent distros include Kubuntu (Ubuntu with KDE), Manjaro KDE, and Fedora Spins KDE.

Why would you choose KDE over GNOME? “A big difference between us is Qt is funded by a commercial backing, the Qt Company, and is used in all of these other projects, in cars, in coffee machines, on aeroplanes. We’re just a weird by-product of coffee machines and cars,” said Edmundson.

“We capitalize on that. They get something out of it from us testing all of these obscure cases before they get to their clients. We gain because we have this rich, very powerful toolkit designed for these industrial applications where they have to care about safety-criticalness. Whereas GTK, they get to customize it more but it’s not as much used outside the Linux desktop. But we can’t change Qt for things we want if that affects paying customers, and that becomes a trade-off.”

“Qt has to work well with a small footprint because of embedded systems, and that means KDE’s Plasma desktop has had a fundamental change since the mindset of KDE 3 days, when it was considered bloated and heavy,” said Riddell. “Now it’s a really fast, lightweight desktop. We had Xfce and others coming along, wonderful nerdy tools, but if you want a full featured desktop Plasma is the way to go.”

“We’re heavily based on OpenGL,” said Edmundson, which means that the GPU handles rendering, freeing the CPU for other processing. This helps KDE run well “on these little ARM boards, these Raspberry Pi type boards, the CPU is not very good but they have a great GPU. Qt offloads more onto the graphics card.”

The Linux display system, X Server, may be all but abandoned, but its replacement, Wayland, may not be quite ready. What is the status of Plasma with respect to Wayland?

“What we imagined Wayland to be four years ago has changed,” said Edmundson. “It was this core Wayland spec, and Plasma does everything in the core Wayland spec without fault. The problem is that Wayland is a moving target. Whole new protocols come in all the time.”

He instanced the clipboard implementation as an area where new protocols have come in to handle things like clipboard history after you close an application. “It’s not even stabilized, so there’s always these extra things we need to add,” he told us. 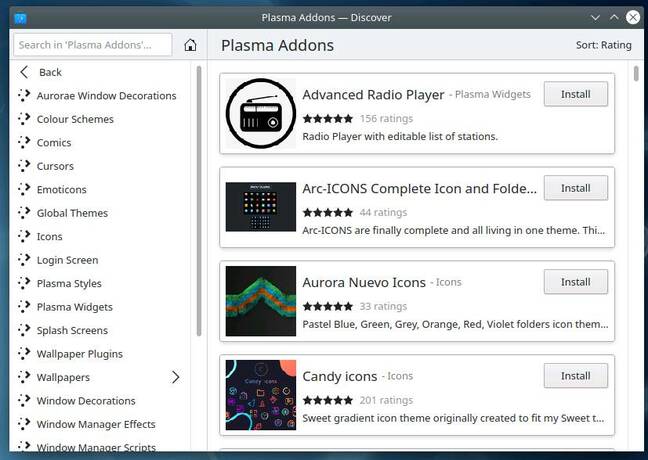 Plasma is extensible via hundreds of add-ons

Riddell said that “it seems Fedora Spins wants to move there. I run KDE Neon, which is a project to ship KDE as binaries, and if Fedora does it then I’ll probably switch over. But the danger is that there are hardware types like Nvidia that may not work so well with Wayland because they are not open source friendly.”

Is X.Org maintainer Adam Jackson right in saying that the community needs to move more wholeheartedly towards Wayland to get it to a mature state? “I think so,” said Edmundson. “Necessity drives activity.”

What about Systemd, another hot topic in the community? “It is important that we run without it, because we have BSD users,” said Edmundson. Nevertheless, he said that it solves a number of problems. “Systemd is a monolith of lots of different things,” he said, “and we like some of those things. Even boring things like changing which time zone you are in, use Systemd and that’s it, it saves us from writing distro-specific code.”

Edmundson posted recently about how Systemd enables management of cgroups, which group processes into units that make sense to the user, such as the application or service to which those processes belong. This means that the new KDE System Monitor (expected in the forthcoming 5.21) shows not only a process table, but also which applications are running.

“It’s not Systemd itself,” said Edmundson. “But you need a cgroup manager,” which is where Systemd comes in.

“I think without [Systemd] Wayland would be effectively impossible,” said Edmundson. “From our point of view it’s unifying the stack and getting rid of things.”

In his post, he said that Systemd startup “will be available in Plasma 5.21. It is currently opt-in, off by default. I hope to make it the default where available after more testing and feedback.”

Along with the new system monitor (though not yet fully confirmed) there is new firewall feature, said Edmundson, “and niggly little features coming, lots of tiny details.”

Is the KDE project well financed?

“I work for a company called Blue Systems, so does Jonathan,” said Edmundson. “It’s just coincidence.” Although perhaps not entirely, since Blue Systems, a German company, is a long-term sponsor of KDE Plasma and Plasma Mobile, as well as Manjaro and KDE Neon. 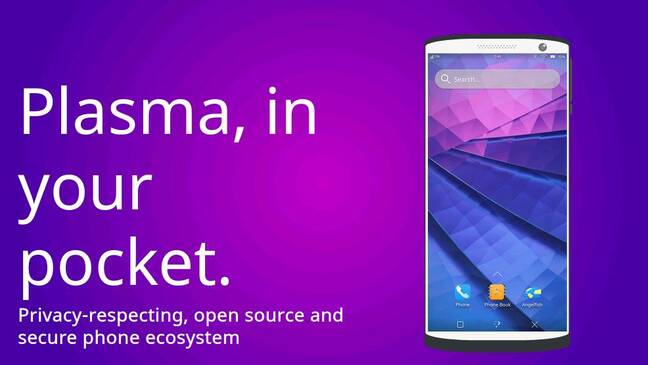 Plasma Mobile is a project to bring Plasma to smartphones

“There is commercial funding,” he said. “Blue Systems is the main player.” Other KDE patrons include Canonical, Google and Suse, and the Qt Company. The team is also seeing increased interest from the far east. “We’re seeing a bunch of patches coming from Chinese email addresses.” Riddell also mentions partnership with hardware suppliers. Laptops are on offer from the KDE website and California-based community hardware company Pine64 has ARM-based Manjaro laptops and phones. “There’s a bunch of hardware parnerships,” said Riddell. “They ship our stuff directly and contribute back sometimes, not as much as would be nice.”

Money though is not a pressure at the moment, according to Edmundson. “We’ve had some big donations.”

Normally, much of that goes on “trips and meetups and conferences,” which this year have not happened, increasing funds available for other things. The KDE charity organisation “has always pushed back against hiring developers,” said Edmundson, “but we've been hiring people doing paid hours on support jobs, documentation.”

Is it frustrating that that in projects such as Ubuntu, KDE always seems to be a secondary option? “My answer is that KDE needs to take control of our own destiny, our ability to ship our own software. That’s why I started KDE Neon, that’s why I started All about the apps, which is now a core goal of the KDE community,” said Riddell, noting that while KDE started as a desktop, “we’ve got dozens of fabulous applications,” which run fine in GNOME or other desktops, and often on Windows and Mac as well.

Riddell is an enthusiast for packaging formats like Snaps and Flatpak which let developers update their applications once for a store, rather than relying on others to compile and package them for specific distros.

Does the general public have an accurate perception of what KDE is today? “People retain an opinion from five or six years ago,” said Edmundson, though he said that the last two or three years have been more positive. “If you tried Plasma four or five years ago, and had an opinion, you should try it again.”

Riddell added: “Try KDE Neon when you do. It is lightweight and powerful if you need it, and it can be bought directly on laptops.” ®