The European Space Agency has formalised its plan to dispose of space junk by using an orbiting claw to grab an old bit of rocket before dragging both the claw and the junk to a fiery doom.

The agency announced the plan in late 2019 when it revealed it had asked Swiss startup ClearSpace to fully scope the mission.

The paperwork was due in March and found favour with ESA's Ministerial Council, which has approved funding for an €86 million contract to fund the mission.

The goal remains the same: fly ClearSpace's junk-grabbing claw to intercept a VESPA (Vega Secondary Payload Adapter) that has orbited since the 2013 launch of an ESA Vega rocket. 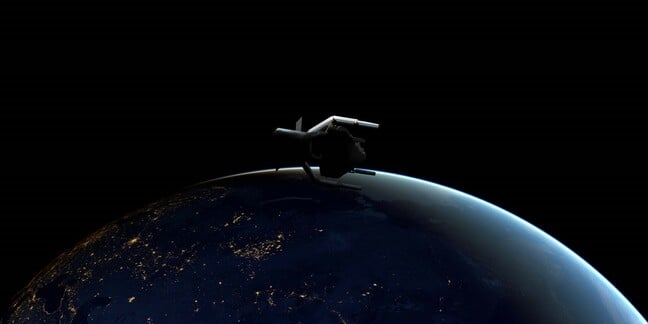 The Adapter weighs 112kg, which, ESA said, is close to the size of a small satellite. Once ClearSpace's claw grabs the lump of junk, they'll go on a hot date to the atmosphere. So hot that neither will survive the experience.

The hope is that even though the pair's short relationship ends badly, it will give humanity the chance to retrieve other unloved orbiting objects before they deal out bad break-ups to things humanity would like to remain in space.

ESA's announcement of the contract says its €86m will only cover some of the mission's cost. ClearSpace gets to raise the rest as it pursues its goal of becoming a space garbage collection business. ®

What a load of rubbish

Send up a satellite to zap space junk if you want Earth's orbit to be clean, say boffins