It's been an Honor serving with you but you're our 'competitors' now, Huawei tells its sawn-off mobile limb

Budget sub-brand selloff will save jobs of workers, says founder, and avoid 'dragging innocent people' down

Huawei founder Ren Zhengfei has bid farewell to the company's budget sub-brand Honor, saying that selling the business will safeguard it from forces in America he believes are seeking to destroy Huawei.

In a speech posted to an internal company forum, Ren decried the decision to sell Honor as the impact of US pressure, which has decimated its mobile business overseas and supply chain.

"Wave after wave of severe US sanctions against Huawei has led us to finally understand, certain American politicians want to kill us, not just correct us," he said.

The company chief added the sale would preserve the jobs of those working for Honor, including those at its agents and distributors. "We don't have to drag innocent people into the water just because we suffer," he said.

Ren called on Honor to become a rival to Huawei, saying surpassing its one-time parent should "become your slogan for motivation," adding: "We are your competitors in the future."

The defiant tone struck by Ren matches similar complaints from Huawei in the past. In March, its erstwhile rotating chairman claimed the Chinese government would not allow Huawei to be "slaughtered on the chopping board" of US sanctions, promising retaliation against the American tech industry. 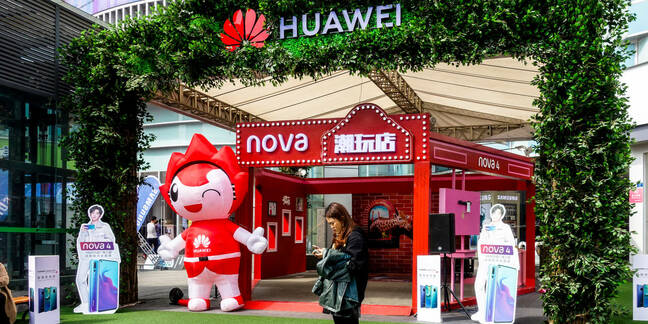 A Huawei retail store in downtown Chengdu, pictured in March 2019

In an official statement, Huawei said its hand had been forced due to "a persistent unavailability of technical elements" needed for its mobile business. The firm echoed many of the sentiments made in the speech, and expressed hopes the sale would throw a lifeline to its channel sellers and suppliers.

The idea is that this newly independent company will not fall under the purview of US sanctions, allowing it to access essential components and software – although this is by no means guaranteed. Honor phones sold over the past year have shipped without Google Mobile Services, which includes the Google Play Store, thus making them extremely uncompetitive in the West, where most Android users are wedded to the Chocolate Factory's ecosystem.

More recently, US sanctions have expanded to encompass components manufactured elsewhere, but using manufacturing hardware or software from the Land of the Free. As a result, long-time memory and storage suppliers Samsung and SK Hynix have been forced to cut ties. Both Huawei and Honor have also found themselves unable to source new processors from semiconductor fab TSMC.

As a move towards continuity, Huawei has stockpiled a supply of chips – although it's not clear how long these will last. Divesting Honor will allow Huawei to stretch that finite resource a little bit further while it figures out what comes next. ®