A team of code breakers has solved a cipher attributed to the Zodiac Killer, a serial murderer known for a Northern California killing spree in the late 1960s who has still not been identified or apprehended.

David Oranchak, a US-based software developer, Sam Blake, a mathematician based in Australia, and Jarl Van Eycke, a programmer based in Belgium, managed to crack Z340, a 340-character cipher that's one of four such codes attributed to the Zodiac Killer.

Z340 was sent to The San Francisco Chronicle on November 8, 1969, and was provided to the FBI shortly thereafter. It remained unsolved for 51 years until Saturday, December 5th, 2020, when Oranchak, Blake, and Van Eycke submitted their solution to the US Federal Bureau of Investigation and had their solution validated.

In a statement distributed via Twitter on Friday, the FBI confirmed the cipher had indeed been undone.

"The FBI is aware that a cipher attributed to the Zodiac Killer was recently solved by private citizens," the agency said, noting that the case remains an ongoing investigation for the FBI's San Francisco division and that it would provide no further comment out of respect for the Zodiac's victims.

In a video posted to YouTube, Oranchak explains how the trio worked together, using an app created by Van Eycke called AZdecrypt, to break the code.

"Sam [Blake] became interested in ways to do transpositions or manipulations of the 340," Oranchak said. "It was assumed that Zodiac did something different to the message before assigning all the symbols and that could explain why the cipher was unsolved for so long. So we started doing a lot of experiments."

Blake, he said, created 650,000 variations of the ciphertext, arranged in different ways. The idea was that if Zodiac had rearranged the order of the symbols, these variations might prove helpful to figure out how the 63 unique symbols had been scrambled.

"I took all of Sam's manipulations and ran them through Jarl [Van Eycke's] AZdecrypt code breaking program," Oranchak said. "The idea was to take Sam's hundreds of thousands of variations of the 340 and try to get AZdecrypt to crack them. Maybe we'd stumble on something."

On Thursday, December 3, 2020, the gibberish started making sense and the team finally managed to determine the order in which the symbols had to be read to retrieve a coherent message. 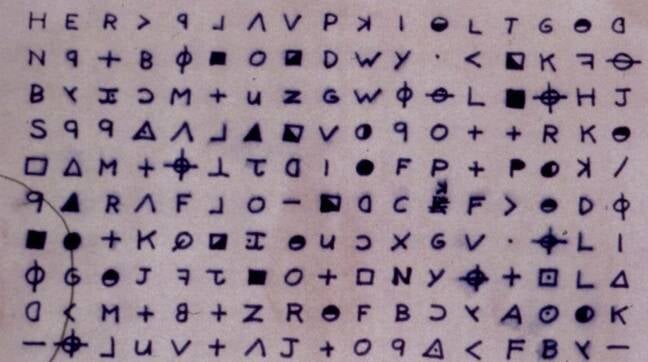 Oranchak said as the cipher's secrets began to emerge, the references in the message to the TV show and the gas chamber convinced him that he was on the right track. As he notes in his video, the cipher was received about two weeks after someone claiming to be Zodiac had called into The Jim Dunbar Show, broadcast in the San Francisco Bay Area during that period.

The caller, Oranchak recalled, said he was sick and didn't want to go to the gas chamber. Though the caller was ruled out as a suspect, the historical reference convinced Oranchak that the cipher's message was consistent with the time it is believed to have been written.

"So it's been a very exciting few days," Oranchak concludes. "Fifty-one years after it was sent, Zodiac's 340 character cipher has finally been solved. The message doesn't really say a whole lot. It's more of the same attention seeking junk from Zodiac." ®