Not one, not two, but a trio of hinges to potentially break in OPPO's bendy concept phone

OPPO has shown off its latest concept foldable phone, produced in conjunction with Japanese design studio Nendo, which uses three hinges to create a slider-style effect.

The unnamed device – which remains very much not in production – uses its multiple hinges to allow the user to access varying levels of screen real estate, depending on their needs, while ensuring the device remains fairly compact.

Sliding up one fold, for example, offers enough room (about 4cm in height) to view notifications. Two folds provides enough room to use the phone's camera app (8cm). With all three folds extended, you get 7-inch display with a tall aspect ratio. 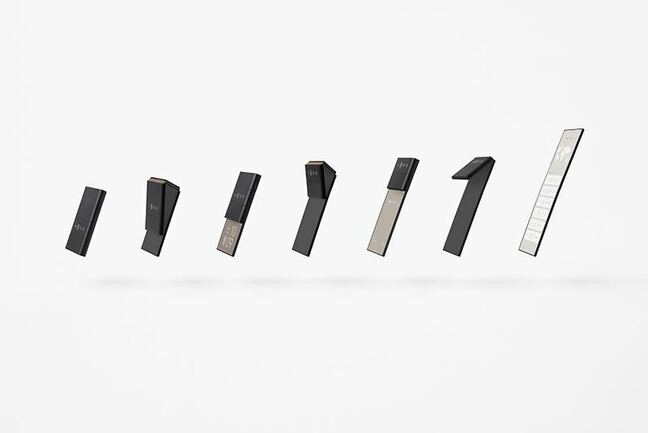 Foldable phones are based on the same engineering principle: you get a flexible display and run a hinge through the middle, allowing the user to close the phone when not in use, or open it into a wider tablet-style form factor.

No manufacturer, to date, has bothered to introduce a device with multiple hinges. And there's a reason for that.

Firstly, the market for foldable phones is vanishingly small. Last month, Gartner analyst Anshul Gupta told us the category was "still in a very early stage" and had not reached a level where even "early adopters are actually looking at it."

"Most of the vendors are still experimenting with the form factor and trying to figure out how they can actually maximise or create unique value for people, while still justifying the price points," he said.

There's also the durability problem. Foldable phones are typically less hardy than normal "candy bar" phones. Their screens can't use proper tempered glass, and are instead coated in a flimsy layer of polymer that picks up more scratches than an un-neutered cat in mating season. Moreover, they're filled with mechanical components that will inevitably degrade.

Oh, and those hinges don't come cheap. You can't pick them up from ScrewFix. In many cases, they're custom-designed by the phone vendor, incorporating tech intended to extend the lifespan of the device.

The Samsung Galaxy Z Flip, for example, uses a hinge that incorporates a nylon sweeper, which actively dusts out debris that may have entered the phone's innards. Longevity is an important part of this design process because it's tricky (and in some cases almost impossible) for the user to perform some routine maintenance of their own.

While using three hinges allows OPPO to be a bit more adventurous with the form factor, it obviously increases the possibility of hardware failure down the line. With that said, it's hard to imagine its latest concept design seeing a proper release – cool though it may be on paper. ®