Cruise, Kidman and an unfortunate misunderstanding at the local chemist

Who, Me? Still dipping your toe into this Monday? How about diving into a tale from The Register's Who, Me? archives, which this week is a timely reminder that some things have never been entirely safe for work.

Today's story comes from "Jack", who was tasked with IT and database support for a film and TV casting agency based in West London.

Being the 1990s, digital cameras were not quite so ubiquitous as they are today. "There was not a lot to choose from," explained Jack. "You could go 'low-end' with the Apple QuickTake range (640×480, maximum 8 photos, plastic lens and limited range) or opt for an early DSLR camera such as the Minolta RD-175 with its gigantic 1.75MP resolution." 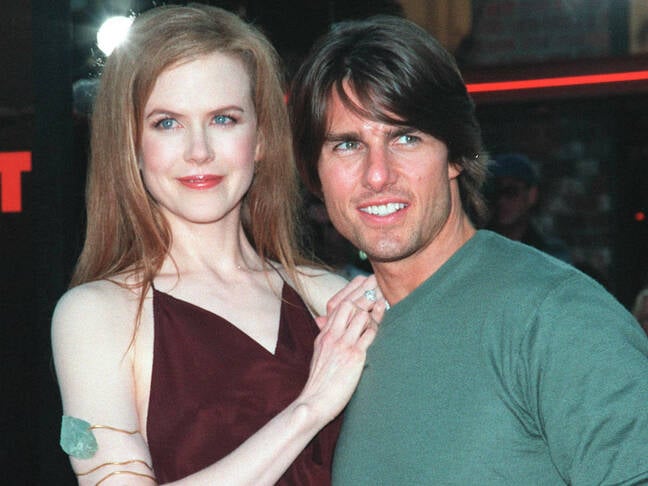 Nicole Kidman and Tom Cruise at the premiere of the movie in July, 1999

When someone said "Digital" back then, it meant photographing actors, getting films developed and scanning prints into a TIFF format file before importing into a FileMaker Pro 3 database. The result was a relational database sat on its own RAID array, rammed with thousands of TIFF images.

And, of course, someone had to traipse down to the nearest photo developing shop with hundreds of rolls of 35mm file to get the pictures developed. Those were the days, eh?

Jack's role was simple. He was to sit with the agency directors and bookers while they undertook the task of choosing the nude pictures to be sent to the 2nd Assistant Director for selection. Jack then had to scan the pictures, import them and, finally, generate a glossy colour print of front and back shots as well as the person's statistics.

It took a while, but eventually each negative had been carefully cut and tagged ready to be taken to the photo developing shop (in this case a branch of UK chemist, Boots) for printing. A member of staff dropped off the negatives and reported that the process would take around two hours.

Two hours passed, and Jack and a colleague were leaving to collect the photos when "everything turned blue with police cars and vans surrounding us and several pr0n squad officers asking us to accompany them to the local police station."

They spent another two hours trying to explain to the officers that there was perfectly innocent explanation ("It's a big feature movie is it Sir? Funny how they all say that...") before eventually being forced to roll out the big guns.

Minutes later, the duo were released from custody with photos intact and a mumbled apology from the red-faced girls and boys in blue: "Tell Mr Kubrick we all loved Full Metal Jacket."

There were two outcomes to the incident. The first was that the photos ended up being delivered on time ("Shame that the movie then took another two years to complete though, as nobody could agree on the edit," observed Jack,) and the other?

"No doubt called 'ActionCam' since you needed both hands to hold it up… But it meant we could now take hundreds of shots at no cost, they could be imported directly to the photo storage and when FileMaker Pro 4 came out a few years later they could all be converted to JPEG."

The future had arrived.

Ever found yourself under the gimlet gaze of The Law for entirely innocent reasons? Or got up to mischief with a new-fangled bit of kit? Share your memories (but not your photos) with an email to Who, Me? ®