We got it! Japanese space agency confirms its probe has Ryugu asteroid samples

Scientists at Japan's Aerospace Exploration Agency (JAXA) have confirmed they have samples from the near-Earth asteroid Ryugu in the lab and may have more than they originally thought.

The asteroid samples were collected by JAXA's Hayabusa 2 probe in two passes, where it fired projectiles into the 1km space rock to collect surface dust and samples from the body's interior. After being secreted in the spacecraft, they were sent back to Earth and the sample container landed in Australia before being shipped back to Japan for investigation. 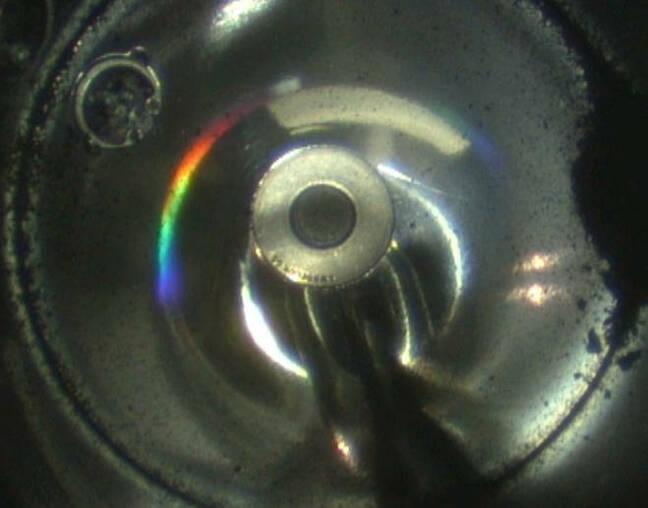 My god, it's full of dust! Source: JAXA (Click to enlarge)

The JAXA boffins haven't actually opened the container fully yet. But they found that black specks of material, initially photographed on the probe's scoop in March, are of extraterrestrial origin, as is the gas the sample pod returned.

"This is the world's first sample return of a material in the gas state from deep space," said JAXA.

The team is hoping they picked up a full load: 0.1 grams of material from Ryugu, plus whatever is left in the scoop. Of that, 10 per cent will be given to NASA in return for samples from the OSIRIS-REx probe that scooped up parts of the asteroid Bennu back in September and which will return to Earth - hopefully intact - in 2023.

Scientists are looking for carbon compounds that could give clues to the early state of the Solar System, and possibly more complex structures that could have sparked life on Earth. There's a growing body of research into the panspermia theory that the building blocks for life are transported across the cosmos on such space rocks.

As for Hayabusa 2, the probe has been very frugal with its fuel and has enough propellant left for more exploration. Current course projections are aiming for a flyby of another asteroid in 2026 and a flash past another a fast-spinning space rock in July 2031. ®

How to watch NASA Jupiter probe's flyby of Earth