What's that lurking behind the borked face of finance? Windows, of course

Rule number one of sausage club: never ask what goes into the sausage

Bork!Bork!Bork! ATMs are like sausages. Everyone likes them, but nobody wants to know what lurks inside. Come take a peek with another edition of The Register's look at computers behaving badly.

Today's culprit was spotted at a branch of Tesco in the Isle of Man capital, Douglas. Register reader Peter Jackson was on the scene to record the revelation that squatting within this particular ATM was Windows doing what Windows does best: A Blue Screen Of Death.

The gentle hue of blue hints of dark issues at play. 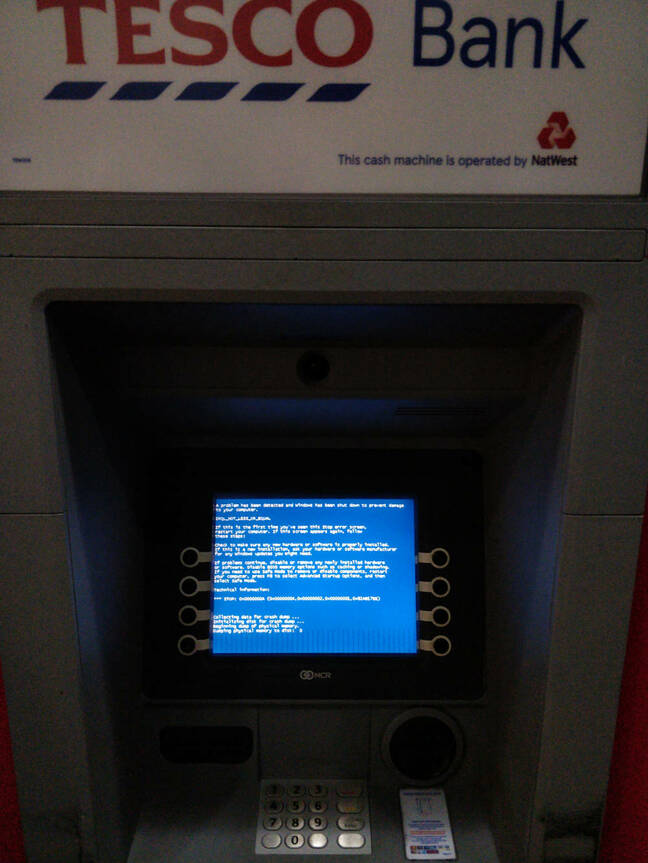 IRQL_NOT_LESS_OR_EQUAL indicates a misbehaving driver, a malfunctioning anti-virus or perhaps a memory error. It usually happens when something tries to go somewhere it shouldn't. It could be that somebody has pushed out an update not to the liking of this ATM.

It's unlikely that anyone has gone tinkering with the hardware itself, since these appliances are typically installed once and then left alone. Unless, of course, some miscreancy has been attempted and the shutter pulled down with a resounding BSOD.

Whatever the cause, Windows has reacted with the stability of a shopping trolley with a wonky wheel and collapsed into a heap before bemused shoppers. Our reader told us it was still borked at the time of writing.

It's a shame. Douglas is a splendid place. This hack attended the Isle of Man TT races some years ago and came away with a strong urge to pick up a trenchcoat and Honda 90.

Horse-drawn trams can also be found rumbling up and down the promenade and we'd have to recommend a ride on the island's Heritage Railways. The giant Laxey Wheel, also worth a visit, has been turning since Victorian times. 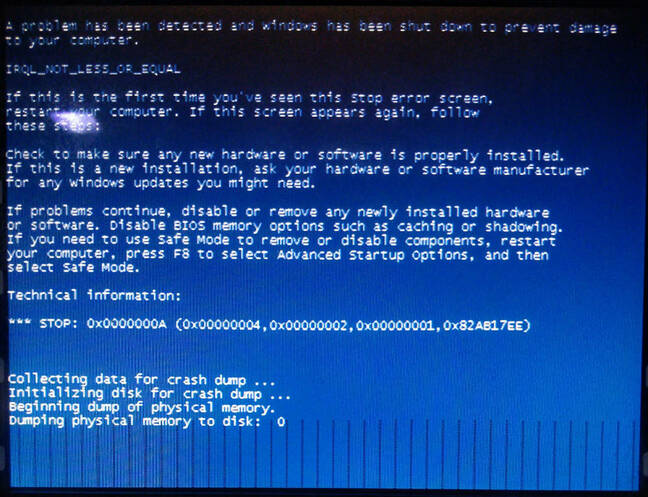 All of this would be an improvement on this ATM, with its worryingly vertical lines on screen and BSOD glaring at passersby as the bork within makes a break for freedom.

Sometimes it is better not to know what is inside the sausage. ®