No amount of Glasgow handshaking will revive this borked kiosk

12BoC On the fifth day of Christmas, the bork gods sent to me: Scottish parking whinge, one dead DB, petty angry user, flightless Windows signage, and a server they said had ceased to be.

Welcome to the Twelve Borks of Christmas (12BoC): a collection of Register reader stories of amusing and frustrating tech sightings over the festive period.

Which brings us to today's tale – Scotland the Bork.

The story originates in the fair country of Scotland in which, as an anonymous Register reader observed, "the SS Bork pulled up alongside Glasgow's Pacific Quay."

Located next to BBC Scotland (one can take a stroll around the set of Mrs Brown's Boys thanks to Google StreetView if one is so inclined) this particular parking payment machine can be found at the Pacific Quay Premier Inn. 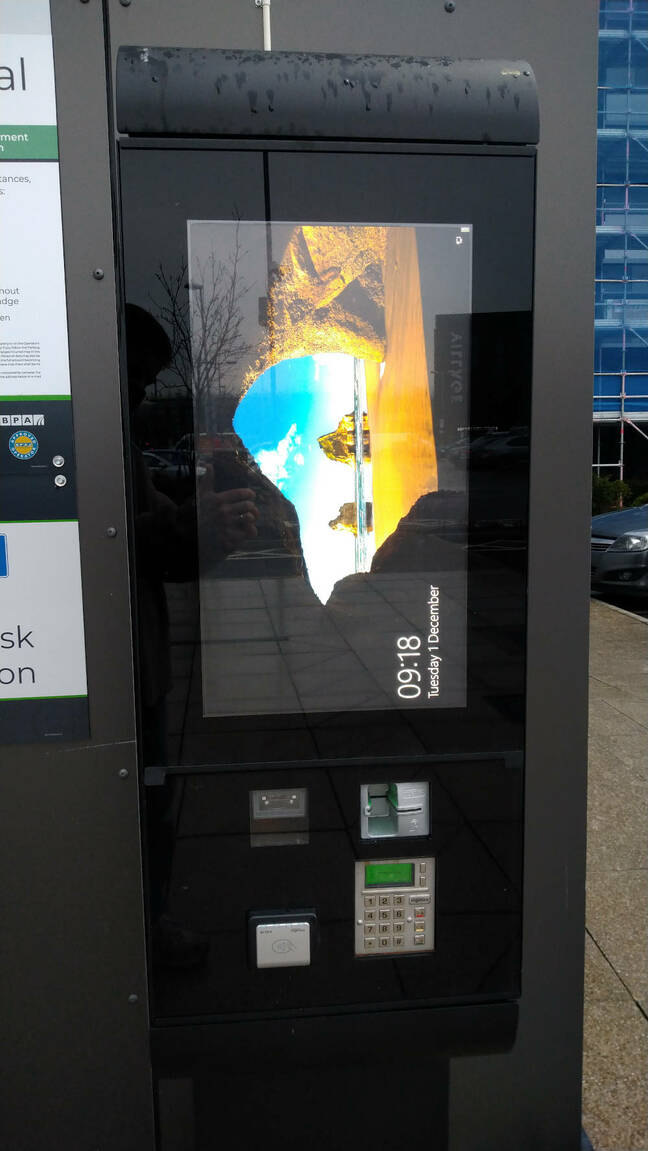 Telling a tale of borkage, attempted recovery, and further borkage, the screen first displayed a sad little application when our reader first attempted to use the device. "The exception Illegal Instruction" looks pretty serious to us, but no amount of jabbing of the screen by our brave reader would make the pop-up go away. 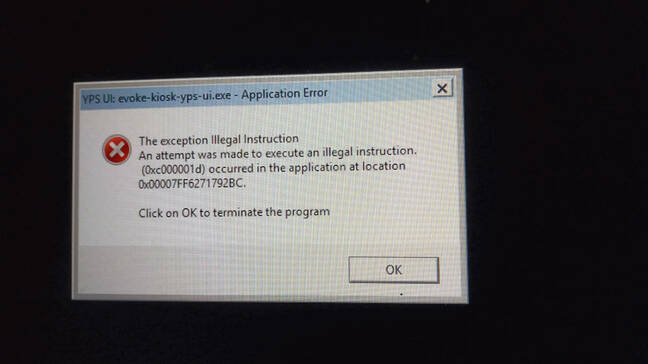 Fear not! By the morning some dedicated support person had managed to reboot the stricken machine when our reader returned to it. While somebody might consider the removal of the error a job well done, and be tucking into a well-earned full Scottish breakfast, what is left is equally unhelpful.

While the blue sky and sunny beach of the Windows 10 lock screen stands in marked contrast to the flinty grey of a December Glasgow sky, it isn't an awful lot of help to someone seeking to pay for parking.

Still, it is considerably easier on the eyes than an error dialog and an indicator. At least this Glaswegian kiosk is bang up to date on the operating system.

And the image itself?

It has always put us in mind of… something. Perhaps the Sea of Thieves icon? Perhaps something else?