Suckers for punishment, we added a crawler transporter to our Saturn V

Doing lockdown with bags and bags of Chinese plastic bricks

When one has a Lego Saturn V and a launch platform and tower to go with it, where does one go next? A crawler to transport the thing obviously.

We finished our launchpad back in October with the assistance of glue and a lot of swearing. At the time, the words "never again" were uttered. But then another lockdown happened and, rather than actually finish painting the walls of the jumped-up shed in which assembly takes place, the idea of stirring a crawler into the mix began to take shape. 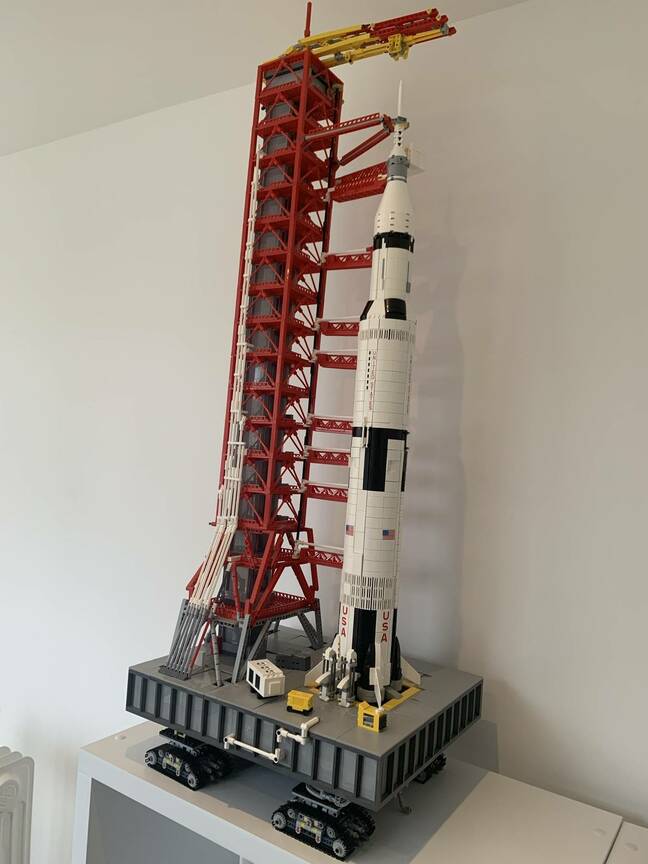 NASA's crawlers were completed in 1965 with the sole purpose of transporting rockets from the assembly building at Florida's Kennedy Space Center to Launch Complex 39 (pads 39A and 39B to be precise; a Saturn V-class 39C was sadly never constructed, although satellite imagery clearly shows where the crawlerway might have branched off).

Having transported the Saturn V to the pad during the halcyon days of Apollo, the crawlers continued to move the Space Shuttle stack to LC39A and LC39B during for 30 years. Now more than 50 years old (although refurbished and upgraded throughout its lifetime), Crawler Transporter 2 will see action taking NASA's next monster rocket, the SLS, to the pad.

As with the launchpad, Lego has never done an official kit (certainly nothing hefty enough to put beneath the more-than-a-metre height of the combined Saturn V and pad) but there are various plans available on the internet from enthusiasts as well suggestions on the company's own Ideas site.

Register reader "Oh Matron!" made the suggestion that a crawler was required and, ever responsive, we spanked the requisite cash with yet another Chinese building blocks supplier having clearly not learned our lesson.

Three weeks later a sack of plastic arrived. The question was, would things be any better this time?

First the good: No glue was required this time around. And, er, that's about it.

Now the bad: There were no printed instructions; instead an iPad was pressed into service to view a PDF. The set comes with 2,365 pieces (or maybe not – more on that later) split into bags that have zero bearing on the order of assembly. The first 50 or so steps are therefore maddening unless one has space to spread out the components into neat piles.

The instructions are also strewn with errors that, had we not already endured The Tower, might have caused a rage-quit during the build process. Aside from a few pages where the wrong piece was shown, the biggest issue was trying to work out how many of a given assembled component was needed. We'd strongly suggest skipping to the end of the section to save tears and anguish later. 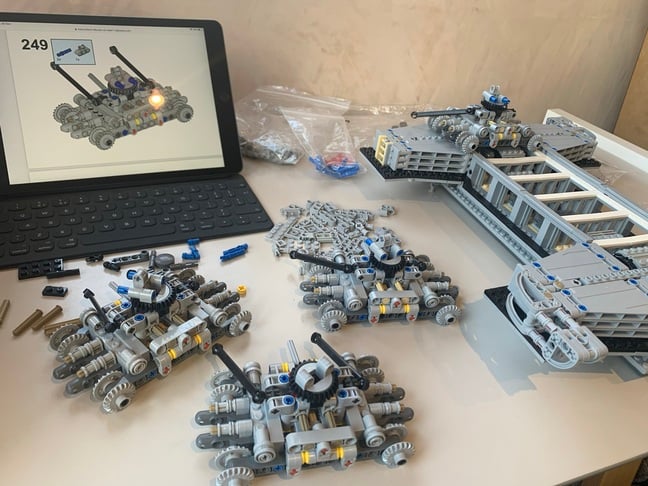 All told, the assembly took about 15-20 hours. About a weekend's work if one really went for it. The errors and fiddly bits put the kit into the 12+ age range; this hack's almost-nine-year-old got bored quite quickly, perhaps also finding the lecture on the jacking capability and load capacity of the real thing inexplicably tedious. 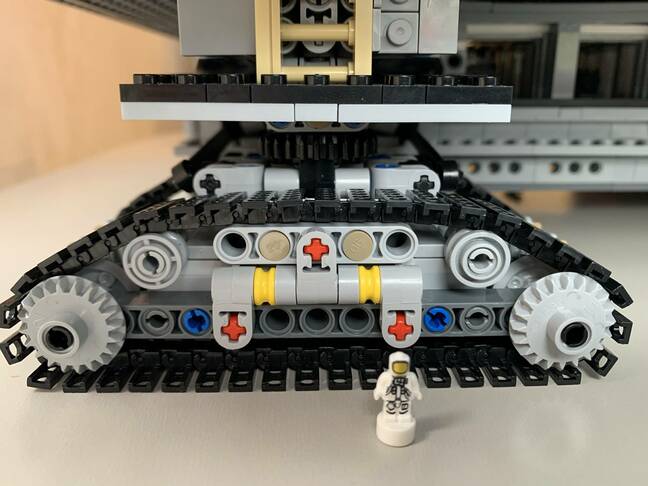 There is also a frustrating level of technical inaccuracies. It's a shame that there wasn't much in the way of detail around the driver's cab, the top was designed to allow the builder to peek within rather than simulate the real thing and, aside from a pair of token ladders, a disappointing lack of walkways.

Then again, it is approximately to the scale of the astronaut figures of the Lego Saturn V so the odd missing detail is forgivable. After all, it is recognisably a Crawler-Transporter.

Perhaps less forgivable were the two missing pieces from the set. Easily dealt with from the piles of plastic bricks from earlier builds, but disappointing nonetheless. Particularly in light of the huge pile of leftover parts at the end. 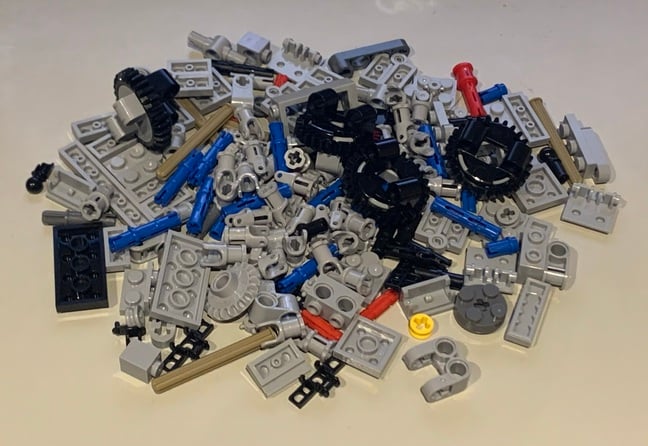 Once complete, there was the final, heart-stopping step to take. First, the Saturn V was removed from the pad, and then entire structure lifted and placed onto the crawler. It was a one-man job (and thanks was given to the glue holding that red tower together) but, surprisingly, the crawler supported the weight, even with Saturn V added back into the mix.

Every morning, a sad little pile of bricks was expected, but the set remains intact despite the weight of the Saturn V and pad combo pressing down on it.

The next step will be to fit motors and, annoyingly, while the tracks will move, the designer did not build in the possibility to easily motorise the set. It's going to be tricky – while a standard motor could drive the four tracks via some gearing, there is the issue of torque and causing a destructive twang. A motor in four corners might deal with the torque problem, but gearing will still be needed to slowly start the stack moving.

Still, with another national lockdown looming in the UK, it's not as if there is much else to do. Except, perhaps, paint the walls.

Desktop Tourism It does most things well, some things right, and a few things bafflingly badly
Personal Tech8 Dec 2022 | 2

And remember CSAM scanning plan? Forget that was ever a thing
Security8 Dec 2022 | 1