Something for the Weekend, Sir? Despite my warnings last week, one of you – yes, you – hexed the New Year.

"Oho, it couldn't be as bad as 2020!" you quipped, along with 7.8 billion others as the world spun in its approach to perihelion. Well now look what you've done: barely a week in and we're back in lockdowns, Resyk is overwhelmed, and QAnon has fan-flicked a fourth instalment to the Olympus Has Fallen series.

That's all 2021 needs: Gerard Butler in a Jamiroquai buffalo hat.

"Roll on 2022!" you're now saying, effectively extending your hex to 24 months. Well stop it now and get back to working obediently from home, hauling some tea, tofu, and gin back to your bunker so you can simultaneously participate in Dry January, Veganuary, and Ginuary.

One thing I'm pleased to report that hasn't changed in the new normal is that IT systems management continues to be the usual circus act. I'm not mocking; I am sympathising. I have used the expression "circus act" ever since an ex-colleague on a project once confided with me that her IT management role could be described as "trampolining with lions while juggling Molotov cocktails in a fireworks factory".

Even in lockdown, virtual project team meetings follow the same format. First, each team member reports on the disasters that occurred the previous day, curiously nearly always around 5pm. The details are delivered in verbal hieroglyphics, along the lines of "the interface flange refeathered our cloud sonics" or "a spiking waterfall colorage unearthed ceramic distribution in the piping fishscales", which makes me wonder whether I'm on a development project or a crowdfunder for a book of T. Rex lyrics.

The rest of us nod as if we understood or tut politely. A request or two for clarity may arise such as "Do you mean it's broken?" and then more nodding and tutting. Things only kick off when a team member is foolish enough to report an event in comprehensible terms. All you need is someone to say "We've run out of sticky notes" and all Hell breaks loose, prompting the team to go full mental – rending clothes, tearing out hair, calling up Rudi Giuliani for legal advice, and delivering long speeches about the importance of adequate stationery supplies during a pandemic.

This kind of reaction just backs up my theory that the number of things to go wrong in IT projects rises in direct parallel relationship to the value placed on shit that doesn't matter. Each member of the team is expected to limit themselves to minutiae; user acceptability testing focuses on highly specific processes; anyone who puts their head above the parapet gets it shot off and told not to worry their pretty little head (now shot off) about the big picture.

The same approach is inflicted on all types of project, not just IT: everyone looking at unimportant things while nobody – or an overpaid tit – takes charge of the overall result, the target, the solution, the obvious. Only this type of thinking would explain how the UK's Royal Mint could design a brand new £2 coin celebrating the literary works of HG Wells that depicts a four-legged tripod.

What were the chances? A million to one, you said?

Don't blame the artist, by the way. Commercial artists do what they're told, just like any other contractor. Excuse the horrible generalisation but they tend not to be the most well-read crowd either. Besides, after being told to draw a tripod from HG Wells' War of the Worlds, an artist who holds up three fingers and sees four possibly read George Orwell by mistake.

Look, if you fuck up 50 lines of crucial code, you would expect to be told to fix them. Same for artwork proofs: someone "in charge" (allow me a chuckle) would draw a red line through one of the Martian's Jake-the-pegs and mark it for deletion. Mistakes happen so you go looking for them. Unfortunately, you've been told not to worry your pretty little head about them so nobody else is either.

I blame it on the shift from outward-thinking to inward-thinking development culture. In t'old days, successful IT was referred to as a "solution": that is, it would be designed to solve a problem. Today's measure of IT success, however, is referred to as "disruptive": that is, it is designed to provoke a problem. Where once managing IT at senior level was all about putting out fires, it's now a role that rewards career pyromaniacs.

Only this kind of thinking can explain blatantly obvious fails such as this: 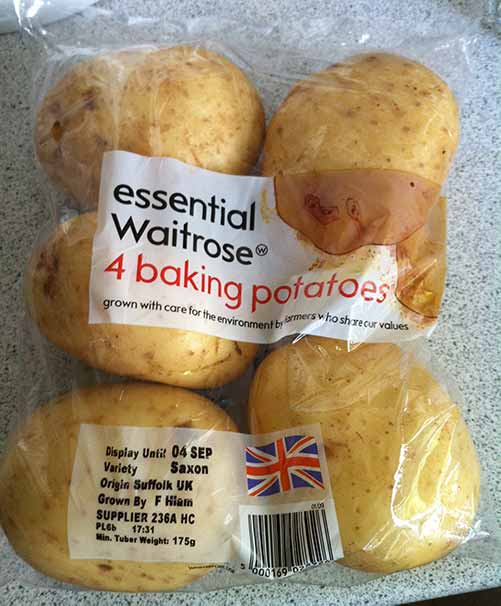 … or a book publisher that can't be arsed to spellcheck the name of its own best-selling author. 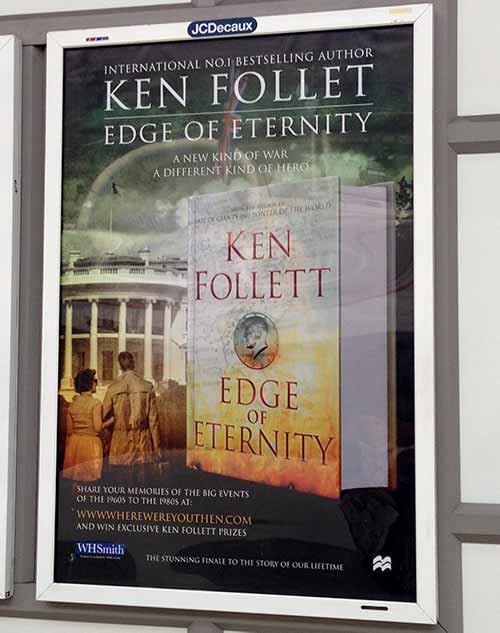 Getting it wrong is big business. According to Synopsys-sponsored CISQ Research, the total cost of poor software quality (CPSQ) in the US last year was $2.08 trillion. Sure, some of that was due to moulding legacy software and straight-up IT project failures, but the vast bulk – some $1.56 trillion – was down to everyday "operational failures", of which cybersecurity failure is just one component.

If you want to get on in modern IT management, making software that doesn't work is where it's at. Whether it's a track-and-trace COVID app or the MCAS on a Boeing 737 Max, the trick is making sure each component is operational but don't bother to check the whole thing works at the end.

Mind you, HG Wells is a special case in this over-politicised world because he was a bit of an early 20th century David Spart Esq. Wells was born in the southeast English town of Bromley – originally in Kent but since absorbed into the Greater London blob – where there used to be a large mural in the town centre, less than a hundred metres from his birthplace, to celebrate his works.

The huge wall painting hailing such a lefty trot used to annoy Bromley's Conservative council for years. Eventually they took the opportunity to paint a new mural over it in 2009 to mark the bicentenary of the birth of Charles Darwin – a birth that took place 160 miles away in Shrewsbury.

Wrong is the new right, you see. Mind how you go… or rather, don't bother.

Alistair Dabbs is a freelance technology tart, juggling tech journalism, training and digital publishing. He is struggling to get back on track after two weeks of eating the same homemade Christmas cake. That is, just that one cake. He says he is nearly there and should be finished by Easter. More at Autosave is for Wimps and @alidabbs.
Corrections Send us news
135 Comments