Lenovo has introduced “enterprise smart glasses” that it says can project up to five 1080p windows onto your eyeballs.

Announced at the virtual CES trade show, the “ThinkReality A3 lightweight smart glasses” come with strings attached – or a USB-C cable, to be precise. Said cable connects to either a PC or Motorola smartphones employing a Qualcomm Snapdragon 800.

Lenovo reckons that when tethered to a phone, the glasses will enable industrial augmented reality applications. When tied to a PC, the company says the device will let users “position multiple, large virtual monitors in their field of view and use Windows software tools and applications.” But the company hasn’t explained how users will interact with those virtual monitors. 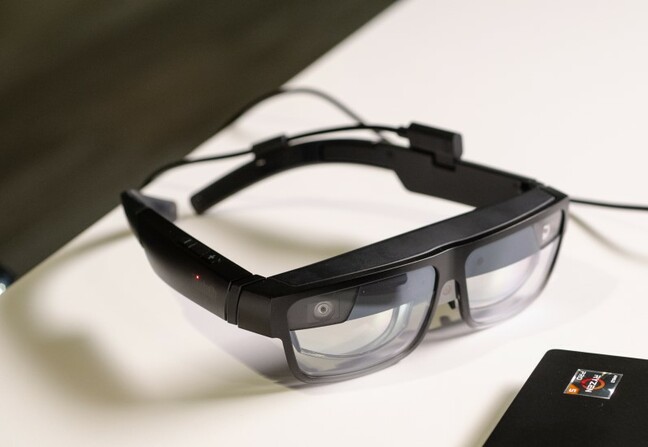 Mark Pesce, a Reg columnist , VR/AR pioneer and author of Augmented Reality: Unboxing Tech's Next Big Thing, said his first reaction to the device was to ask “Why?”

He later asked: “What apps on a phone make five displays relevant?” and “Who needs five virtual displays tethered to a PC?"

Pesce also pointed out that it’s unclear how users will see their keyboards when wearing the glasses, but rated the device’s form factor as “outstanding” and said it appears to have a good array of sensors.

But he worries Lenovo has not detailed if it can perform “registration” – a technique that means virtual artefacts persist in real space. Registration means AR/VR devices are useful in more than one location.

We’ll all have to wait for that information, because Lenovo’s said the device will go on sale “starting mid-2021.” ®