Easy to use with no big vendor lock-in? Nice idea but it's still early days

Red Kubes, a small company based in the Netherlands, has released a free Community Edition of its Otomi Container Platform with the goal of making Kubernetes both easier to use and more portable between cloud providers or on-premises.

"Otomi is not a Kubernetes distribution," Red Kubes CEO and co-founder Sander Rodenhuis told The Reg. "We expect that the customer already has a Kubernetes cluster.

"When you start working with Kubernetes you end up installing a lot of add-ons for monitoring, logging, security, service mesh, and all kinds of stuff. They are not integrated so you need to install them one by one. You end up with technical debt, because if there's an update, you also need to modify your own customisations."

The Otomi solution installs a standard set of Kubernetes add-ons onto a user's cluster and then provides a dashboard to manage and monitor them. "It's a single deployable solution," said Rodenhuis. "It's all wrapped in one container. The only thing you need is a git repository, and then it will install and configure everything. Then we provide a CLI (Command Line Interface) to add teams and services."

That sounds good, but every cloud provider and every Kubernetes provider is engaged in this same task of making Kubernetes easier to manage and configure. Is mixing and matching between tools offered by the likes of AWS, Google, Microsoft Azure or VMware, and those installed with Otomi, a complication?

"The big cloud providers like AWS and Azure offer a managed Kubernetes service and they're starting to build up their own services around that," said Rodenhuis. "But when you start using them, you're tied to that cloud provider.

"We offer the same functionality, for logging, monitoring, security, but all on top of Kubernetes. There is consistency because if you run Kubernetes on Azure or on AWS and you have installed our solution on top you will operate them in exactly the same way with one console. And you can also move workloads from one cloud provider to the other without any implications, it is completely multi-cloud."

This is an argument we have heard before. Google says Kubernetes will work the same everywhere if you use its Anthos tools everywhere. VMware makes the same kind of claim if you run VMware everywhere, and so on. Another factor is that lock-in is not just about Kubernetes but also about other services. AWS, for example, provides thousands of services and once developers start using them that also forms a tie. It takes conscious effort to keep applications easily portable and it may not be worth it. 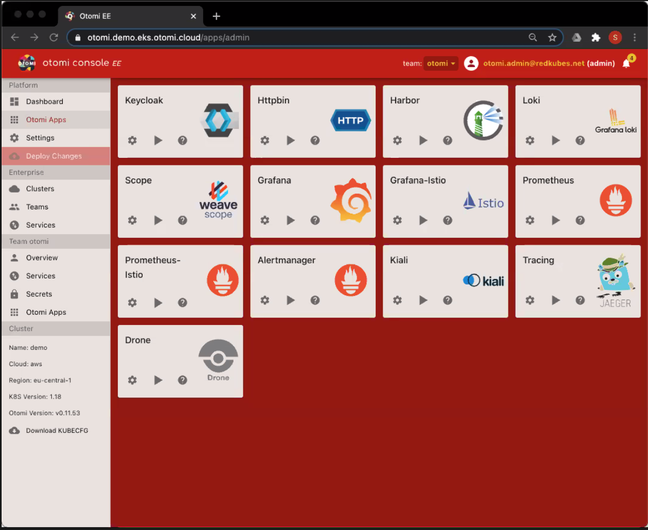 That said, Otomi is not just about supposedly avoiding lock-in, but also an attempt to solve the Kubernetes riddle, how to adopt it without getting mired in complexity. "Most companies spend 6-12 months and approximately €200,000 on their Kubernetes learning curve," Red Kubes claims on its website.

Otomi is also more attractive if you can use it for free, and that is now possible thanks to the new open-source Community Edition.

What is the difference between the free and paid-for versions?

"Otomi is a product with three parts," said Rodenhuis. "It's the core which is the complete suite of applications, our own API on top of that, and a user interface. When you use the Community Edition you get only the core and the user interface with not that many features. In the Enterprise Edition we add self-service features. You don't need to write any YML manifests or build pipelines, everything is easy to use without you having to know anything about Kubernetes.

"The only thing you need to do is say, 'Here's my container image, use it and make it scale to zero or not, add a certificate, make it public.' Everything in the back end is then automated." 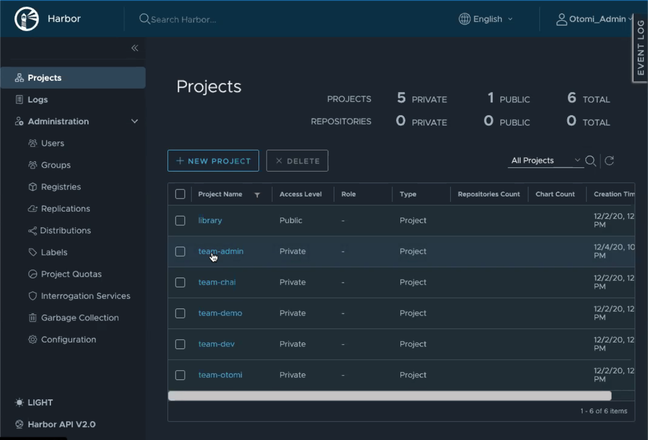 Tools like Otomi do not really remove complexity. Rather, they wrap it and hide it, but there will be times when either requirements go beyond what is wrapped, or something goes wrong and diving into the complexity is necessary to identify and fix the problem.

Is Otomi really ready for production use? "We've been working on this for a couple of years, with a couple of clients in a beta testing environment," said Rodenhuis. "A lot of stuff has improved and now we're ready to say, hey, this is where we are."

An inconclusive answer. We ask again, is it ready? "Yes, sure. We're running it in a production environment for a couple of customers," he said.

A couple of customers is a start but this is not altogether reassuring. Another issue is what happens if users want to use some other application as part of their Kubernetes management solution, one that is not yet wrapped by Otomi. "We're going to make it more flexible to provide not all, but some choices," said Rodenhuis.

Looking at Otomi, it is easy to see that the complexity issue described by Rodenhuis is real. There is a lot of stuff to integrate in a typical Kubernetes deployment. Depending on how it works in practice, though, Otomi could also be costly: the issue with abstractions is that finding out what has gone wrong when they fail can be harder than with more low-level solutions, and getting them to do something a little beyond what they are designed for is also problematic.

Still, the idea of making Kubernetes easy to use and avoiding lock-in to huge global corporations like AWS, Google, or Microsoft is attractive. Lazo Bosarov, information services manager at the Dutch Municipality of Utrecht (where Red Kubes is based), said: "One of the Common Ground principles is open source to take back control of our data. Kubernetes is the basis for the cloud-agnostic infrastructure. Otomi gives us a jump start in using Kubernetes."

Open source delivered Kubernetes; if the community can also make it easy to use, that would be a notable bonus. ®