Windows puts on a surprise show at UK retailer

Bork!Bork!Bork! Windows Mobile may be dead, but Microsoft's earlier attempt at a lightweight operating system lives on - albeit in unexpected form - thanks to the self-scanners so beloved by some of the UK's supermarkets.

British grocery behemoth, Tesco, seems to be having a few problems with its wonder gizmos, judging by the deluge of distressed devices snapped by eagle-eyed Register readers.

Tesco's "Scan as you Shop" service is handy benefit for those that have signed up to the store's Clubcard. A handheld scanner can be waved at barcodes and shopping deposited directly into bags without the need for troubling a cashier. Assuming, of course, the hardware is actually working. 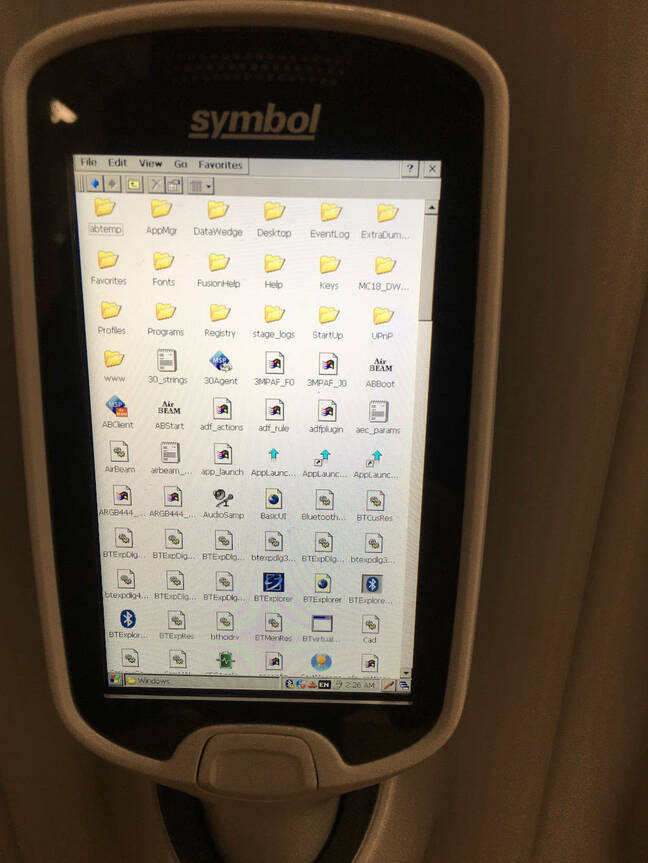 All too often, where there is bork, Windows can be found lurking behind the scenes. While picking up some essentials in his local store, one reader spied what looks all for the world like the compact edition of the operating system peeping out from behind the scenes.

"I hunkered down for a fiddle," he said, "and found that, thanks to the touch screen, it was fully interactive, albeit needing teeny-tiny fingers to get anywhere fast." 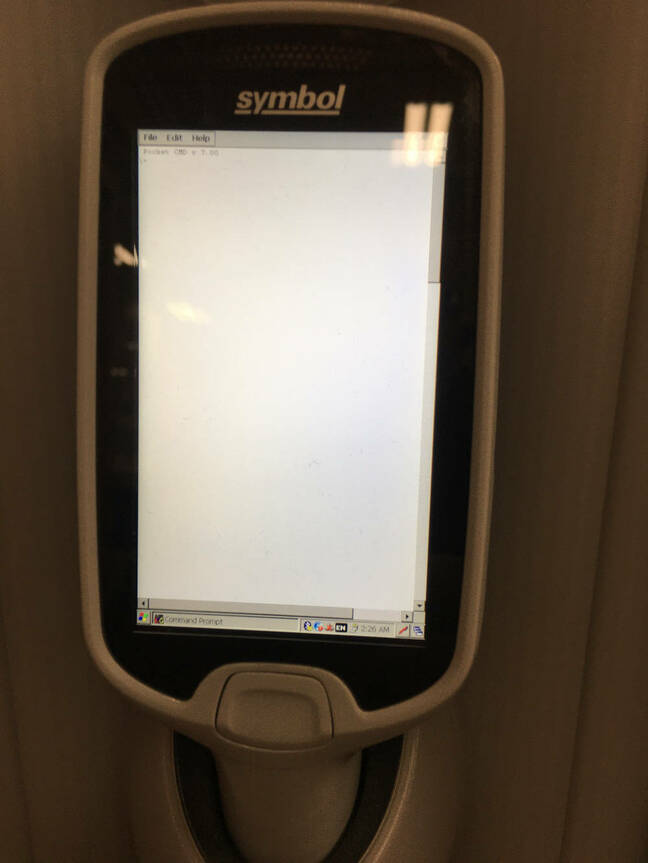 He did, however, manage to bring up a command prompt before discretion won over valour and he opted to leave the poor thing alone.

Other readers have chimed in with their own sightings of sad scanners. One reader spotted this example of the breed in Tesco's Northampton Mereway outlet – a mighty "Extra" version of the chain. Sadly, the sobriquet doesn't appear to extend to those scanners, unless one is seeking "Extra" borkage. 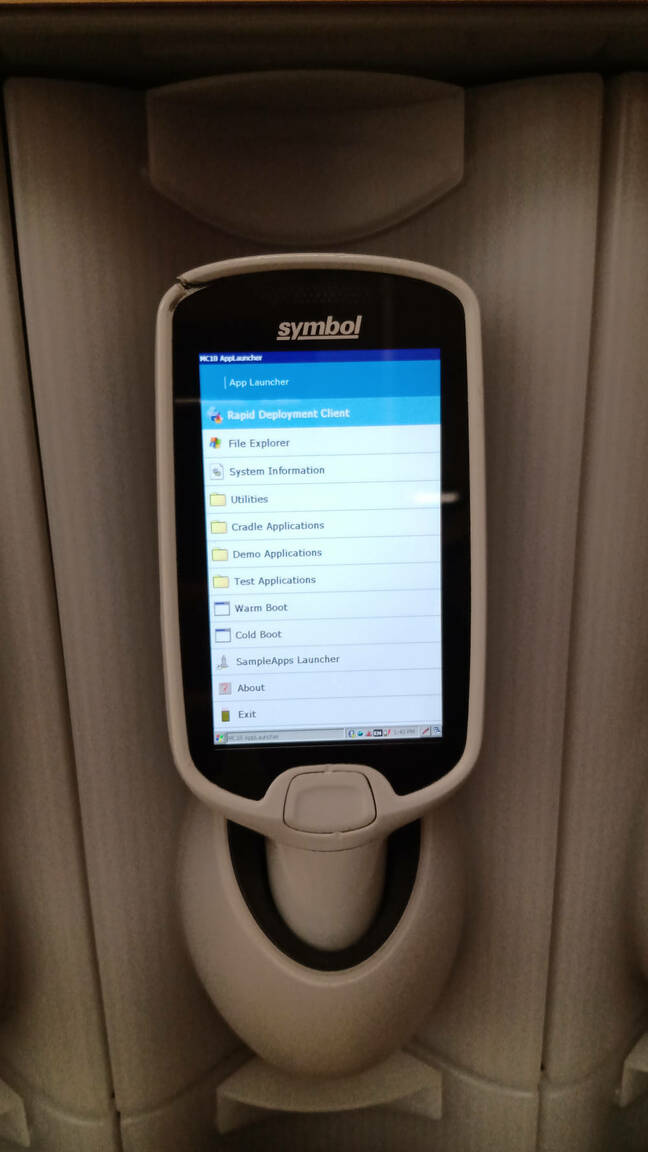 No poking of the screen was attempted this time around (at least not that our reader would admit to), but that is unmistakably Windows glaring balefully out of the display.

"Never send a Windows application to do an embedded software job," remarked our reader. For once again it looks very much like Tesco's scanning app has taken a tumble and exposed its Microsoft-tinted undercrackers to the world.

To complete the hat-trick of borkage, another reader snapped one of the devices flashing what looks rather like the Windows Explorer of old, replete with the chunky toolbar now replaced by the flatter affairs of today. 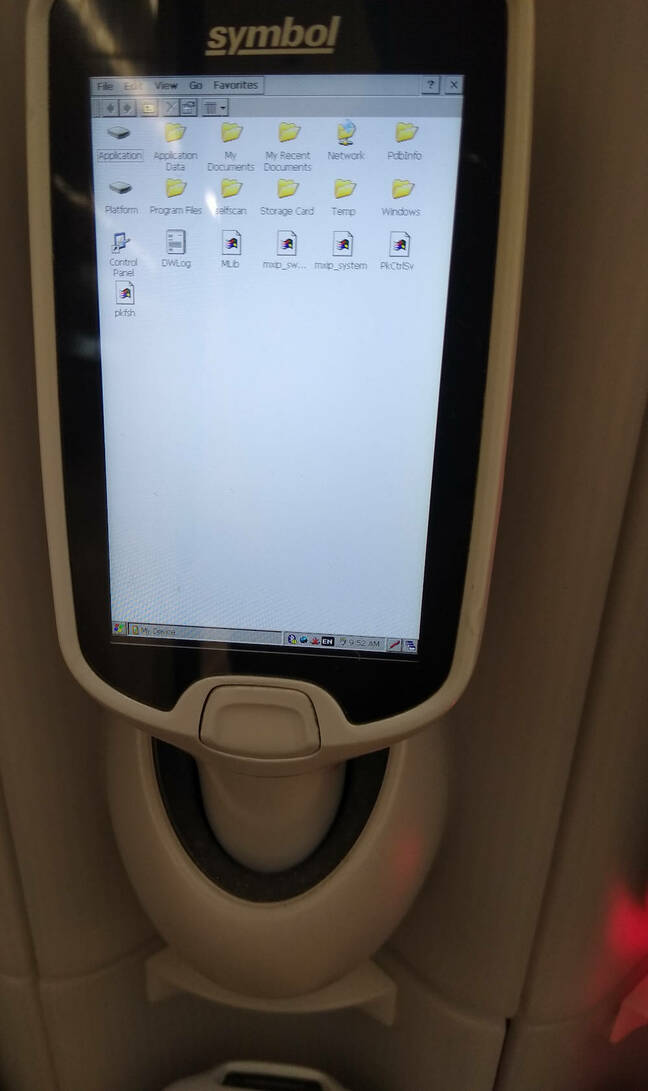 More accustomed to seeing a message complaining of a flat battery, our reader seemed intrigued by a familiar face in an unusual setting. "Microsoft gets everywhere!" he remarked.

Indeed, while the scanning app sitting atop Windows may occasionally indulge in a TITSUP*, the precursor to the doomed Windows Mobile is still rocking along. ®

Updated With an average 1.27 million orders a week, many customers left hacked off
Security25 Oct 2021 | 57