World+dog continues to swallow this tablet, though

Eleven years ago this week, Steve Jobs introduced the iPad to a bemused world. We say bemused, because at the time, nobody really knew what it was.

It was as though the tech chattering classes were cut into two opposing camps: those who saw it as the future of computing, and those who dismissed it as a "beefed-up iPod touch". 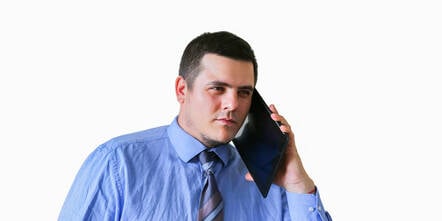 Over a decade later, it's not clear which side won.

That's not to diminish the product, which continues to be adopted by the masses. In Apple's latest financial results for Q1 2021, sales of the iPad nearly matched those of the Mac ($8.4bn to $8.6bn).

The iPad revenue surge from the same period last year was a whopping 41 per cent, helped by the new iPad Air. With a relatively affordable entry price and a huge ecosystem of apps, the iPad quickly became one of the must-haves of the pandemic, especially for parents thrust into the unenviable position of having to juggle home schooling and remote working.

How Apple finally got people swallowing a tablets

On a technical level, you've got to give Apple props for making the tablet form factor work, succeeding where countless others had previously failed. Tablet computers have been around in some form since the late 1980s, and they've never been anything more than a side show to the broader computer industry. Fleetingly short battery life, as well as a reliance on inelegant pen-based input and clunky handwriting recognition, made the form factor a non-starter.

The iPad had a proper capacitive touchscreen. While it wasn’t as nice to type on as a normal, physical keyboard, it was still preferable to the alternative. It was slim, yet could last about 10 hours of continuous usage. Yes, it had problems.

There were few iPad-ready apps upon launch. You could install iPhone apps, but they merely scaled to fit the larger 9.7-inch screen. There was no multitasking, either – which was a major disadvantage against the likes of Android and WebOS. Those were issues that would be resolved in time. The fundamental mechanics of the iPad were sound.

But it became apparent that the success of the iPad wouldn’t easily be replicated. Apple handily holds the leadership position in the tablet space, with a smattering of vendors trailing in the distance. In Q3, Apple’s share of the market was nearly the same of the next two competitors combined – Samsung and Amazon.

So, yes, the iPad is undeniably a good seller. But that doesn’t answer the broader question of: “what is it?”

For much of its life, the consensus was that it was a companion device to a conventional PC, suited for the times when you want to “doomscroll” through Twitter or watch Netflix without having to sit at a desk, but not much else.

The tide started to shift in 2015, when Apple brought out the iPad Pro – a faster, bigger version aimed at creatives. An optional keyboard cover allowed the iPad to be used at a desk, much like the Microsoft Surface. It was a niche device, but it helped chart the course for things to come. Two years later, a new ad campaign for the iPad Pro asked “What’s a computer?,” helping seed the possibility that the iPad could become a standalone work device.

There are two more developments worth mentioning: first, in 2019, Apple created an iPad-only fork of iOS called, you guessed it, iPad OS. This schism made it easier for Apple to cater to the tablet form-factor, paving the way for things like mouse support.

This was initially sold as an assistive technology, aimed at those who would otherwise struggle to use a touch-based interface. In 2020, Apple expanded this remit with the iPad Magic Keyboard Case, which included a touchpad for the first time, as well as a unique floating hinge that allowed the device to be used as a laptop computer, without any need to prop it up against a flat surface.

Apple's M1: the fastest and bestest ever silicon = revolution? Nah, there's far more interesting stuff happening in tech that matters to everyone

The iPad is now, for all intents and purposes, a hybrid device straddling the frontiers between a tablet and laptop. At least, if you can afford it. And that raises interesting questions, not just for its future, but also about the potential direction Apple will take with the Mac in years to come, especially given the brave new Apple Silicon era.

The Mac is now compatible with iOS apps. It’s faster and more power-efficient than it has ever been. There's no mandatory App Store to act as a gatekeeper, so you can run whatever software you want, and there's even a Linux port in the works. And in many cases, the cheapest Apple Silicon Mac costs less than a fully kitted-out iPad.

Where does the iPad fit into that landscape, especially when talking about the Pro models? Will its dreams of being a proper computer become subsumed by the Mac behemoth, conclusively relegating it to the status of a “companion device” for casual usage? Or does Apple have another trick up its sleeve? We’ll check back in another 11 years. ®