LibreOffice 7.1 Community released with user-interface picker, other bits and bytes

Community? 'The software isn’t changing at all. This is a label on the name, nothing else'

The Document Foundation (TDF) has released LibreOffice 7.1 Community, while continuing to complain about free-loading enterprises who do not pay for support. The "community" label is an effort to steer them away, though it is not a cut-down version.

The download on the LibreOffice site is called 7.1 Community, in an effort to get businesses to sign up with an "ecosystem partner" for paid-for support.

"An increasing number of enterprises have chosen the version supported by volunteers over the version optimized for their needs. This has had a twofold negative consequence for the project: a poor use of volunteers' time, as they have to spend their time to solve problems for business that provide nothing in return to the community, and a net loss for ecosystem companies," complained the post introducing the new release.

We are also informed that 73 per cent of commits to the LibreOffice code come from developers employed by these companies. 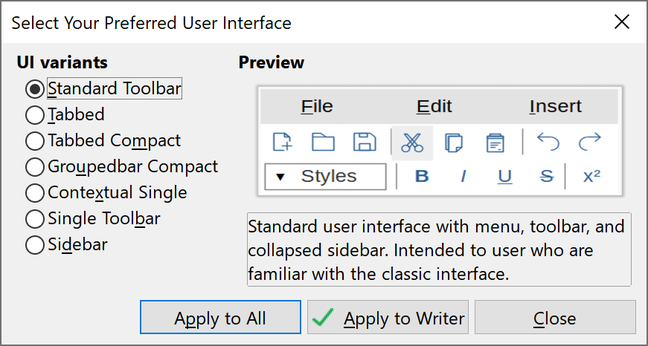 What is the technical difference between the community and enterprise versions?

While it is possible for the commercial LibreOffice providers to customise their builds and add features, the "community" version is not cut down. "There will be no difference in features in the version offered by TDF. The software isn't changing at all. This is a label on the name, nothing else," said Mike Saunders, who does community outreach at TDF.

The issue is nevertheless a concern for users on two counts, one being that the business model behind the project is under threat, and the other that the suite is getting less Libre. Although the project is under-resourced according to some key members, this is partly is down to oddities in the way it is financed as TDF itself is said to have large cash reserves. 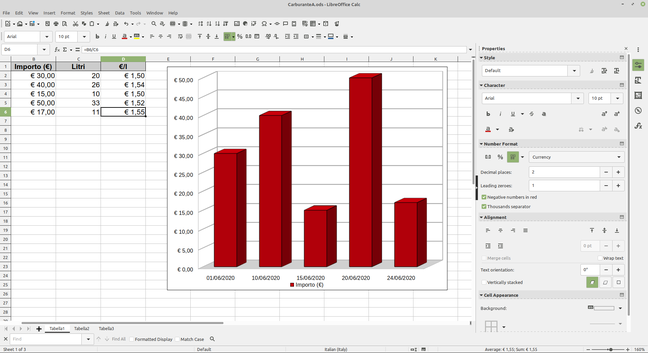 A chart in LibreOffice Calc 7.1

Along with numerous small changes and performance improvements, one point of interest is a new dialog for selecting a user interface (UI). LibreOffice supports several UI variations and this dialog is presented on first start and available thereafter in the View menu.

Much complexity and history lurks here. Menu bloat is a problem with these massive office applications, which Microsoft addressed with its ribbon UI in Office 2007.

Some users preferred the old drop-down menus which became a selling point for alternatives such as OpenOffice, from which LibreOffice was forked. On the other hand, familiarity with Microsoft Office raised expectations that other office suites would follow. The consequence is the LibreOffice today has some ribbon-like features, also retains drop-down menus, and provides options to customize the mix.

The UI variant dialog has seven options, starting with Standard Toolbar and including Tabbed, described as "most similar to ribbons used by Microsoft," though in practice the look and feel is very different. We found that the standard UI is the most consistent, but also clutter and duplication issues with some choices.

In Writer there is a new Style Inspector, which aims to answer the question "why is this text formatted the way it is?" The combination of paragraph styles, character styles and direct formatting can make this a puzzle. Those who enjoyed Reveal Codes in WordPerfect (remember that?) will like this feature.

Scripting LibreOffice will be easier thanks to the addition of ScriptForge libraries, which can be invoked from Basic macros.

Features include array operations, string functions, "coherent error handling," file operations, and interop between Basic and Python. There are also examples to overcome what has been described by co-author Jean-Pierre Ledure as a "LibreOffice Application Programming Interface (API) steep learning curve."

There are also build instructions for Windows on ARM64, though "it is in early development and has some known limitations," according to the release notes. Other changes include an outline folding mode in Writer, soft blurred shadows for objects in Impress and Draw (presentations and graphics), better SmartArt compatibility with PowerPoint, and a new dialog for installing extensions.

LibreOffice lacks the polish of Microsoft Office, and is primarily a desktop tool in an era of cloud and mobile, but its existence is of great value for Linux desktop users and others in search of an open-source alternative. ®

Editor's note: An earlier version of this article suggested the 7.1 release was available as a native application for Apple's Arm M1 Macs. Though universal x86-arm binaries of the productivity suite are available for LibreOffice from the Mac Store, version 7.1 has yet to be published at time of writing. You can run the x86 build on Rosetta on an Arm Mac, and we imagine a native Arm build of 7.1 will be released to Apple's software store shortly.