Borkem ipsum: Supermarket gifts Thailand a tech fail that will echo down the millennia – and probably choke a turtle

Today's bork is brought to you by the keys ctrl, c and v

Bork!Bork!Bork! Tesco, king of the High Street Bork, may have departed the Thai retail business, but it has left a little bit of borkery behind.

While not signage spewing silage or Windows indulging in acts of Blue, we're pretty sure a computer was involved at some point in the cheery design of this reusable bag.

While few would quibble with the sentiment on show – "Use Less Plastic" is an admirable motto, reusing this bag would mean showing off the error of an overworked designer somewhere within the bowels of the formerly Tesco-owned retail operation in Thailand or its suppliers. 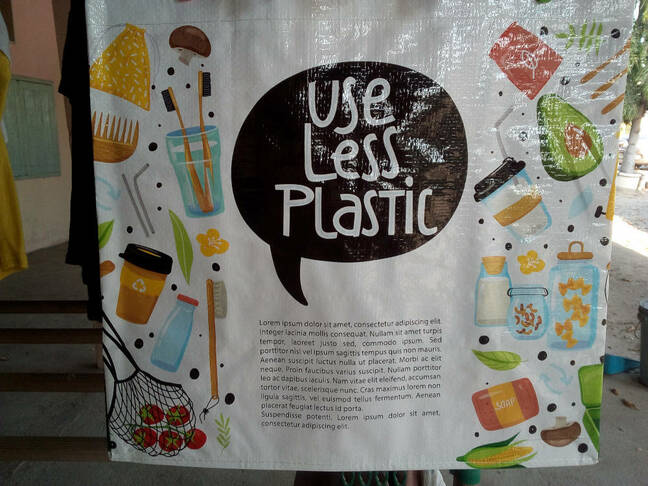 Spotted by a Register reader out and about in the country, the bag is apparently handed over when a customer's shopping breaches a certain threshold, and its new owner is encouraged to reuse it.

The text has certainly been reused. "Lorem ipsum" is placeholder text. It doesn't mean much and, despite its Latin appearance, doesn't really translate. It does, however, provide a handy block of text to show off a layout or design.

As for their origin, some point to text from the works of the Roman philosopher Cicero being scrambled by a 15th-century typesetter as part of a mock-up. It became popular in the 1960s and was adopted by the desktop publishing darlings of the 1990s. And now here we are. Looking at a carrier bag from a Thailand Tesco.

While Tesco may have spent 2020 divesting itself of its Thailand and Malaysia tentacles, it is a comfort to those left behind that a slice of the UK store's bork may yet live on, emblazoned on a bag for life.

Still. A nice design. Shame about the sub-editing. ®