Early Android 12 screenshots leaked yesterday on XDA have revealed what looks like a major design refresh and new privacy features, though they are unofficial and we cannot guarantee their authenticity.

Major Android releases typically come annually, in August or September, the last being Android 11 in September 2020. Rollout to actual devices comes later (or not at all) since it depends on vendor support. Many vendors also like to customise Android with their own skins and custom applications. Inconsistency and delays in releases are the disadvantages of Android when you compare it to Apple's iOS. 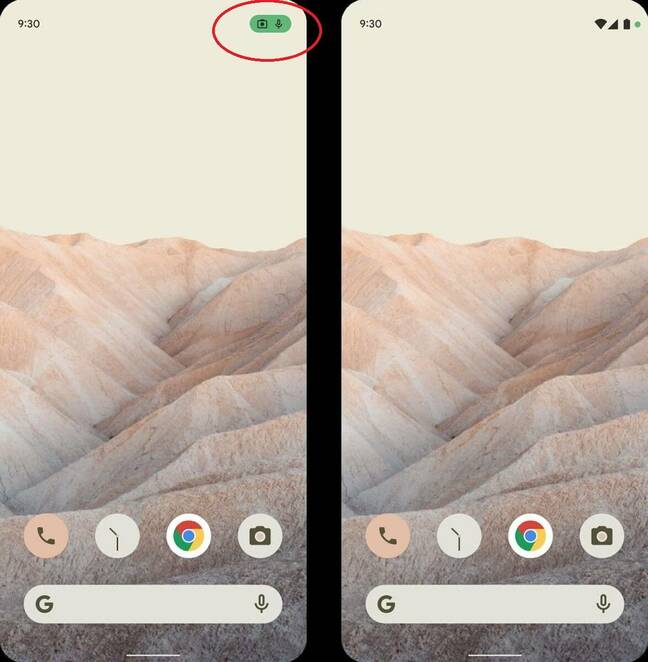 A status icon alerts users to use of the camera and microphone. Pics via XDA

Google appears to be making use of camera and microphone more prominent and easier to control to guard against apps doing this without the user's full knowledge and consent.

A popup shows which application is using camera and microphone

A new privacy screen has buttons for disable camera, mute microphone, and location access, with the full (and complex) set of per-application permissions hidden under a link to the Permissions manager. Another change is that a user can easily see which application is using the camera and microphone, or has used it recently, in a pop-up shown by tapping a status icon.

It looks like Android 12 takes another step in this regard, with screenshots showing conversation widgets on the home screen. The docs also said that "on-device intelligence determines the conversations that the user is most likely to be interested in" and although this is not specific to Android 12, it is easy to imagine some AI being used to determine how these widgets appear.

Google said that "communication and interaction with other people is still the most valued and important functional area for the majority of our users across all demographics," though pop-up widgets can also be annoying and distracting.

If Android 12 is to hit its likely release later this year, we can expect more details and a beta for developers to play with soon, possibly later this month. ®