Autonomy founder Mike Lynch's extradition hearing took a strange turn on Thursday as an American prison reform campaigner described in excruciating detail how the former CEO would wash himself in a US prison shower.

"If they knew what he has to do in that shower, day in and day out... that's not going to be well received," said criminologist Joel Sickler, introduced to the court as a witness on behalf of Lynch.

Westminster Magistrates' Court is hearing reasons for and against Lynch's extradition to the US, where prosecutors want him to stand trial on 17 criminal charges over the $11bn sale of Autonomy to Hewlett Packard in 2011, and the subsequent $8.8bn writedown, as previously reported.

A foreign country wanting to extradite someone from Britain has to satisfy a piece of UK law known as the "forum bar". Lynch's defence team want to prove that the tech veteran's allegedly criminal conduct is not linked strongly enough with the US to justify sending him there for trial. 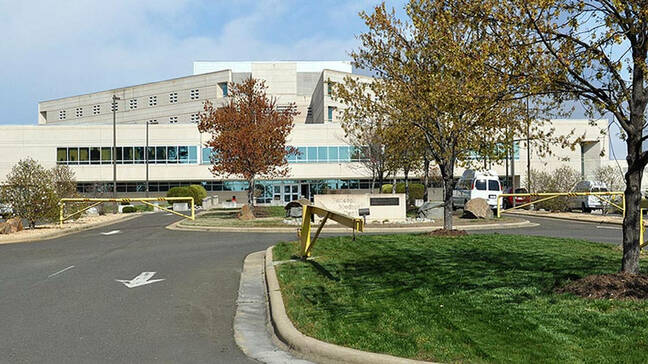 They also argue that his health means it would be unjust to commit him into the US prison system. Lynch suffers from "complex gastroenterological problems" which need an enhanced personal hygiene regime.

One of the first questions Sickler was asked by barrister Alex Bailin QC was whether Lynch could use a portable bidet in his prison accommodation as an alternative to regular showering. Sickler took to that task with gusto.

"Everybody's housed on top of each other there!" exclaimed the criminologist, explaining that Federal Correctional Institute Butner houses its prisoners in a "cubicle with one or two other inmates". Having given the court this tit-bit, the prisoner advocate then described Lynch's potential "sit bath" usage in far too much detail:

When one-time HP director Manish Sarin remarked that Autonomy was a shit show, something echoed by then-JP Morgan CIO Guy Chiarello, this wasn't quite what either man had in mind.

Lynch himself was not visible on the court's video link and his reaction to all this could not be seen. He is, however, attending court in person every day.

Do you have proof of that?

Mark Summers QC, the US government's barrister, then cross-examined Sickler about US prison conditions. To control his other health problems (described as laryngospasm and sleep apnoea) Lynch has an epipen. Sickler emphatically stated that Lynch would not have personal access to this, describing how medications are kept under lock and key by prison guards.

Continuing the medical theme, the prisoner advocate mentioned a Dr Bernard Greenspan. He was held at Federal Correctional Institute Butner, the prison Lynch is most likely to be kept in if convicted in America.

"That's to do with the medical centre at Butner FCI, is that right?" asked Summers.

Sickler replied: "Yeah. He started off at the FCI. Only when it became unable to handle his activities of daily living, he got dramatically sick, they transferred him over."

Summers replied: "And you take the view that his medical care was inadequate. You're not a doctor and there's no judicial finding on that."

'Very cynical of the question'

In his witness statement Sickler cited a list of US court cases brought by prisoners complaining about prison conditions. Summers said: "So in none of those cases did the court just roll over and uncritically accept what it was being told by the prison. The court has exercised genuine oversight and required each of those disputes to be dealt with at a proper trial."

"Yes, a sad state of affairs," replied Sickler, unwittingly hammering a stake into the idea that US courts brushed off genuine cases from prisoners.

Scenting victory, Summers later continued: "Are you suggesting Dr Lynch won't have access to that kind of remedy if he thinks his conditions of imprisonment are inappropriate?"

In reply Sickler launched into one of his (by then familiar) raised-voice speeches.

"At the end of the day we are... our courts are reluctant to release inmates. Prison litigation in the US has become almost frivolous. Courts look at these suits as frivolous and they don't necessarily hold – few and far between, do they hold corrections agencies, departments and the BOP [Bureau of Prisons] accountable. The burden of proof is so, so high!"

Levelly, the US government's barrister asked: "You genuinely take the view, do you, that the American courts are not prepared to listen to prisoners' complaints?"

Sickler, Justice Advocacy Group LLC's chief, who had freely admitted he was neither a lawyer nor a doctor, beamed. "Yes, I'm very sceptical of that, very cynical of the question."

"That's very fair of you to say," rejoined Summers, by this point galloping down the home straight while half a mile clear of the next horse. "I'm going to take it a little further than cynicism and ask you to accept that, on occasion, you are capable of exaggerating on the issue of prison conditions. Would you agree with that?"

District Judge Snow spent much of Sickler's cross-examination resting his head on one hand, making it impossible to see his expression down the video link. After Summers and Bailin finished with the witness, the judge said: "I want to ask about your experience of Butner Low itself. As I understand it from your answers to Mr Summers, you've never been beyond the visiting area except one occasion where you went to reception, is that right?"

The case will end today with oral closing arguments for the US and for Lynch. As he closed yesterday's proceedings, Judge Snow remarked: "I haven't come to a final decision." ®

As the lawyers were packing up and leaving, the clerk of the court quipped: "I am going to have a jar on my desk, Mr Bailin. Every time someone mentions Assange they can put £5 in it!"

Not only was Summers the barrister for Julian Assange in the WikiLeaker's bid to escape a US extradition attempt, Sickler was also called as a witness by Summers' legal team in that case.