Lawrence Jones, 52, pleaded not guilty to four charges of sexual assault and one of rape at Manchester Crown Court yesterday, all said to have taken place while he was CEO of the Manchester-based managed hosting provider.

The entrepreneur, of Hale Barns, Cheshire, was last month charged at Manchester and Salford Magistrates' Court with raping a woman in November 2010 and sexually assaulting her on three separate occasions between March 2010 and January 2012. 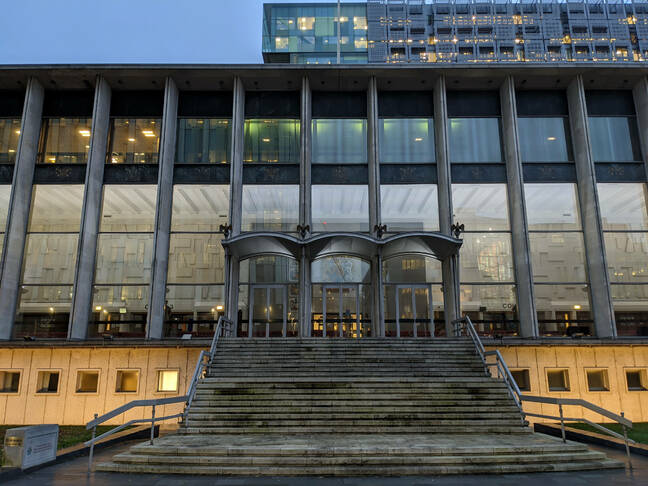 He is also accused of sexually assaulting a second woman in September 2013.

Nicholas Clarke QC, prosecuting, said some of the incidents are alleged to have taken place in Switzerland.

Wearing a dark wool coat, white shirt and red tie, Jones confirmed his name during the hearing and entered a not-guilty plea to each charge.

He nodded to confirm he understood his obligation to attend the trial and keep in touch with his legal representatives.

When he was charged last month, Jones issued a statement:

Approximately 18 months ago, I contacted the police and was interviewed voluntarily because I became aware of rumours circulating about me that although false were extremely damaging.

I have fully co-operated with the police throughout, and am determined to ensure that my name is cleared.

In the circumstances, at this time it would not be appropriate to say any more, other than to state clearly that I did not do what is being alleged.

Jones, said to be worth £700m according to the Sunday Times Rich List 2019 and awarded an MBE for services to the digital economy, co-founded UKFast with his wife, Gail Jones. Together they transformed it from a startup to a national hosting giant with five data centres, 5,700 customers, and 400 employees.

Jones resigned as boss of UKFast amid the investigation to be replaced by his wife. She stood down in May 2020 as the couple sold their stake to Inflexion Private Equity.

Jones denies all charges and will stand trial on 7 February 2022. He was released on unconditional bail until his trial date. ®