The European Space Agency is investigating sending an army of autonomous rovers into underground caves and lava tubes on the Moon.

Officials are assessing suggestions for the robotic exploration of tunnels as long as 50km carved by flowing lava during ancient geological activity. This would be part of ESA's European Large Logistics Lander and Moonlight lunar missions.

Both of these initiatives aim to explore Earth’s natural satellite in greater detail, and pave the way for building a lunar base for astronauts. It's thought the tubes could not only offer a safe living environment for humans but may also contain water or useful minerals for long-term manned missions.

First, autonomous rovers would roam the surface of the Moon to hunt for potential entry points into these lava tubes. Once a suitable opening is found and mapped, a spherical probe, built by boffins at Germany's University of Würzburg, that contains 3D lidar sensor and stereo cameras for eyes would be lowered into the pit, inside a protective ball. 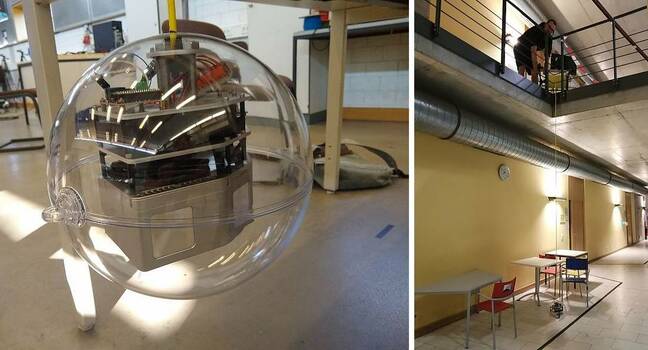 Getting ready to drop Daedalus. Source: ESA. Click to enlarge

The prototype, named Daedalus, would map the hole's internal environment as well as measure its temperature and radiation levels. The information could help identify locations with geological resources that could prove useful.

A second team, led by Spain's University of Oviedo, offers an alternative approach that involves lowering a swarm of robots into a cave using a crane attached to an autonomous rover. The crane has a solar panel attached at the top and a charging head at the bottom. The robots can then explore, charge their batteries using the crane, and transmit data and receive instructions from the rover up on the lunar surface. 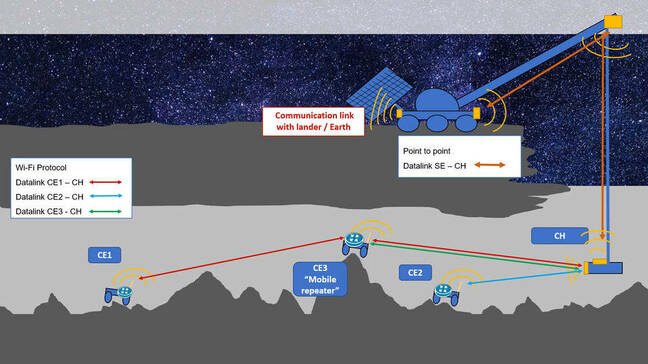 "Although the studies were very different in topic and approach, they all provided great insight into potential technologies for exploring and investigating the geology of the Moon's subsurface," says Loredana Bessone, technical officer for the studies and project manager for ESA CAVES and Pangaea.

"It's been a fascinating journey, and a great opportunity for ESA to start looking into missions to explore lunar caves." ®