For now, you get Dell and Pure Storage-as-a-service and more metallic locations

Metal, the renting of bare metal servers either on-demand or as reserved capacity, was developed after the data centre giant bought bare metal automation specialist Packet in early 2020.

Zachary Smith, managing director of bare metal at Equinix, told The Register that Ampere silicon is a fortnight or so away from being revealed. He added that Ampere will join next-generation Intel and AMD CPUs in the Metal service. 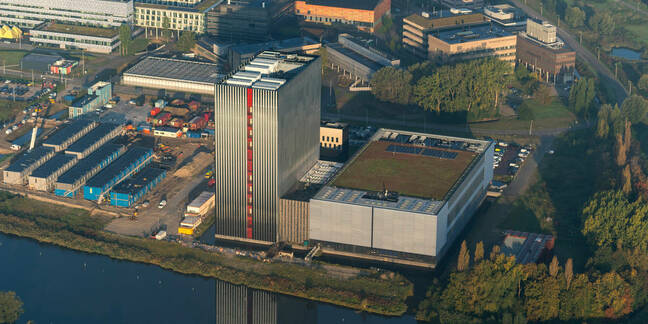 Aerial view of Equinix's data centre in Amsterdam, the Netherlands

Ampere’s tech will appeal to those who like to isolate workloads, the exec said. “Single core consistent performance on Arm is super-exciting right now,” he added. “Container workloads really love that.”

Equinix warns it's infected with ransomware, promises it can carry on regardless

Smith would say no more about the Ampere tech but told us that Metal now offers integration with the Mirantis Container Cloud. Cohesity’s mutlicloud data platform is another new partner.

Smith characterised the Pure and Dell deals as “managed appliances-as-a-service” and said the market for appliances is heating up.

In addition, Equinix continues to expand Metal’s footprint. It’s now sold in 18 of Equinix’s markets, although only eight offer it in on-demand node. In the other 10 territories, Smith said Metal is an alternative to colocation that buyers may appreciate because it provides faster start-up times than schlepping your own kit into an Equinix bit barn and getting it working.

And yes, that does mean Equinix is now kind-of in competition with Equinix. ®