It's all about developers

Ahead of its release next month, the Fedora community has posted details of what is coming in Fedora 34, Red Hat's bleeding-edge Linux distro.

Fedora is where Red Hat tries new features that may make their way into Red Hat Enterprise Linux (RHEL) in future. While sponsored by Red Hat, it is also a community project in its own right.

Although the focus is on innovation, Fedora Workstation describes itself as "a reliable, user-friendly and powerful operating system for your laptop or desktop computer". The server edition presents itself as "a short-lifecycle, community-supported server operating system" which is enough to deter most production use, other than for those who particularly need some new feature which it supports. 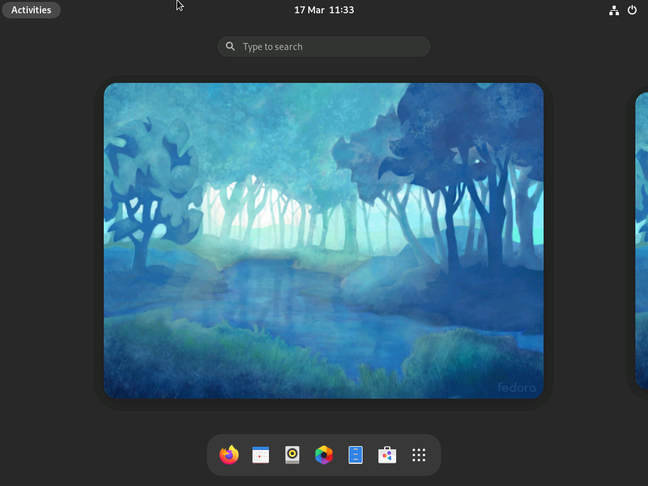 New Fedora releases arrive every six months or so, and Fedora 34 is next up. Christian F K Schaller, an engineering manager who leads Red Hat's desktop efforts, has posted about what to expect in this release, due in April. Items that he highlighted include: 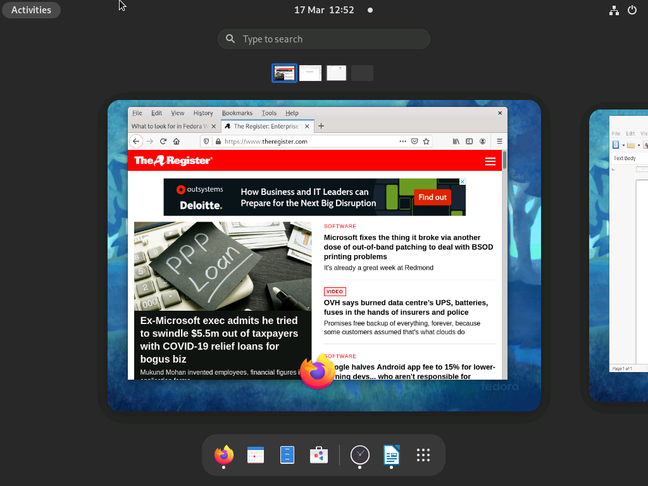 We ran up Fedora 34 using a nightly build and (to no great surprise) encountered a few installation glitches. We did get a successful install on a Hyper-V virtual machine, and first impressions of Fedora 34 are positive. The developer aspect is important: with increasing focus on Linux for server applications and browser-based, cross-platform or mobile applications for clients, something like Fedora 34 looks more than viable for workstation use. ®