Faster than a speeding... tab opening? Vivaldi 3.7 is here

Browser maker Vivaldi today rolled out an update for its eponymous surfing tool, laying claim to some impressive performance gains as well as adding native support for Apple's M1.

Of most interest to the majority of users will be the performance gains of the Chromium-based browser, with new tabs opening twice as fast and a new window firing up 26 per cent faster than before. "We want to make sure," the company said, "that no matter how you choose to browse, your experience is faster than before."

A test drive and a chat with a senior dev

We took the new version 3.7 for a spin and, yes, it definitely feels snappier opening tabs and windows than it did on version 3.6, but we'd hesitate to call it twice as fast. Then again, we were running it on an Intel i7 with 16 GB RAM and Windows 10 tottering atop.

Vivaldi's own tests were conducted on an Ubuntu 18.04 PC with a 2 GHz Intel Core i3 CPU and 4 GB RAM, hardly a speed demon by any stretch of the imagination and therefore better able to show off the benefits of the tweaks. 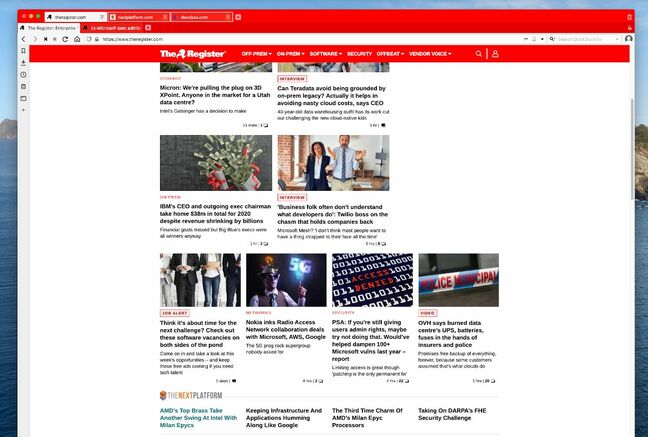 "The changes that were made are a fundamental reworking of the way the different components of the Vivaldi UI communicate with each other," Björgvin Ragnarsson, senior developer at Vivaldi, told The Register.

"We streamlined the way the tabs store and access information about their state, so that they can access the information faster."

"This has the knock-on effect of allowing other parts of the UI know about any changes in their state sooner, so those other parts also respond to changes more quickly."

Because the performance improvements have been implemented in the Vivaldi-specific bits of the user interface, and so would not necessarily be common across Chromium-based browsers, a straight comparison of window and tab opening performance against the likes of Google's Chrome or Microsoft's Edge is difficult.

Our very unscientific test gave Vivaldi the, er, edge, but your mileage may vary depending on a variety of factors, including what you have configured your browser of choice to actually do when a new tab fires up.

Speed fans on new Apple hardware have also been gifted an M1-native version of the browser, which will be undoubtedly swifter on Apple silicon. The company laid claim to a doubling of browser performance on an M1 Mac, which seems reasonable considering widely reported benchmarks for Chrome last year that put a native version of Google's browser nearly 100 per cent swifter on M1 hardware at the end of last year.

Other additions in this version include periodic reloading for web panel, decluttering via a Stack Tab by Hosts function and yet more customisation possible on the browser's menus. The company has also kicked off the process to add support for silent updates for the browser on Windows. ®