Comedian John Cleese has jumped aboard the non-fungible token bandwagon, with an offer to sell a picture of the Brooklyn Bridge for $69,346,250.50 using the newfangled blockchain-infused digital certificates of ownership for digital goods.

The Monty Python member took to Twitter with his offer, telling viewers “You and me we get it. Our parents laugh at non-refundable tokens and cryptic currencies. ‘It can’t go on the wall!’ they say. ‘Is the world ending?!’ No, hardly.”

We can't avoid it any longer. Here's a story about the NFT mania... aka someone bought a JPEG for $69m in Ether

The Tweet linked to the auction of a picture of the Brooklyn Bridge, attributed to “The_Unnamed_Artist_John_Cleese”.

The owner profile for that entity describes it as “A young, unknown artist (or collective of artists) with a firm grasp of Cryptic Currencies and Non Floodable Tokens.”

Cleese says the artwork represents a bridge to the future, adding “a bridge is about trust.”

“And if you believe that, I’ve got a bridge to sell you.” 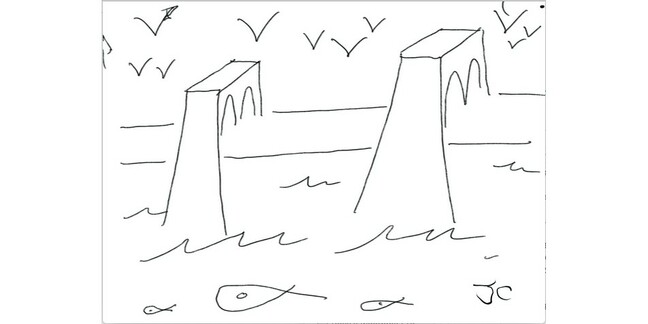 The Register is considering a bid but as we prefer to deal in real money, may have to revive our infamous invisible HTML5 Bitcoin paywall to pay for the artwork. ®

Green tech will be largest power source by 2025, says IEA, but even accelerated rollouts might not stave off disaster
Science7 Dec 2022 | 2