The AlmaLinux project, sponsored by CloudLinux, has issued its first stable release along with details of a new open-source foundation set up to manage the project.

The AlmaLinux project, originally codenamed Lenix, was started soon after Red Hat informed the world that CentOS would be replaced by CentOS Stream.

Both are related to Red Hat Enterprise Linux (RHEL), the commercial build, but whereas CentOS is a downstream community build, Stream is a late upstream build.

The Register spoke to Simon Phipps, who is a leading open-source advocate, former president of the Open Source Initiative, and also a board member of the new foundation. Other initial board members are Jesse Asklund from cPanel and Igor Seletsky, CEO of CloudLinux. 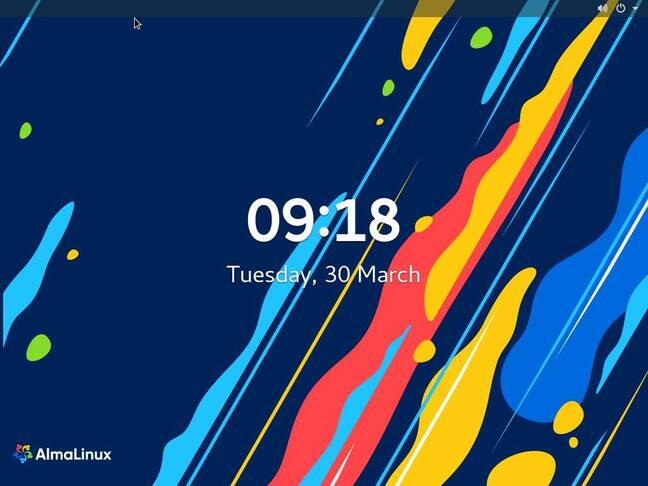 AlmaLinux is binary-compatible with RHEL and sponsored by CloudLinux

What was the problem with the CentOS changes? "The deal here is that there remains a need for a fairly stable downstream of RHEL," said Phipps. "Red Hat doesn't want CentOS to be that stable downstream any more. I'm pleased that a community-focused successor has moved into the space."

There are other options, including Rocky Linux, another project which kicked off in the aftermath of the CentOS statement, this one formed by original CentOS founder Gregory Kurtzer. Rocky Linux is aiming for a release "by Q2 2021" according to an update last month. It too will be under the stewardship of a foundation, the Rocky Software Enterprise Foundation.

Red Hat returns with another peace offering in the wake of the CentOS Stream affair: More free stuff

Why no release yet? "If our only goal for Rocky Linux was to debrand and repackage RHEL, we would already be done. However, what we're trying to do differently is figure out how we can keep Rocky Linux in the hands of the community. Carefully devising this strategy helps make sure that Rocky Linux will never meet the same fate of CentOS," says the FAQ.

How can users differentiate between these two CentOS replacements, or others?

"Looking at that niche, of a stable downstream for RHEL, what matters is that you've got a sustainable mechanism for making it get built. The advantage that AlmaLinux has got is, in CloudLinux, a backer who was already making a RHEL downstream for their own consumption," said Phipps.

The trade-off here is that Rocky Linux declares in its FAQ that "Rocky Linux will never be controlled, purchased, or otherwise influenced by a single entity or organization," whereas AlmaLinux is closely associated with CloudLinux, though the new foundation will give it some independence. There is room for both to succeed.

I'm sure that there will be some people at Red Hat who are a bit miffed by it...

We installed AlmaLinux on a virtual machine and it was a reassuringly dull experience. The distribution is released under GPLv2 and in order to proceed, we had to agree that "AlmaLinux 8 comes with no guarantees or warranties of any sorts, either written or implied."

What will the AlmaLinux foundation do?

"Its goal is to hold the trademark for AlmaLinux so that it can't be captured by an interested party," said Phipps, "and to make sure that trademark is used in a way that protects AlmaLinux from extinction. It is not intended to raise money. 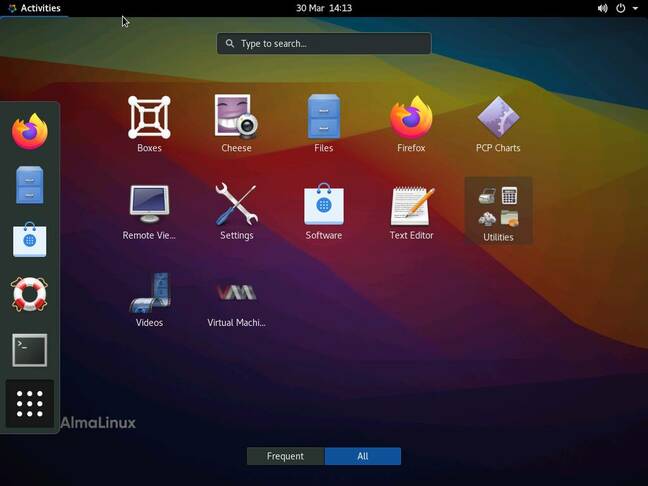 "We're following a model that's common in other open-source projects of separating the technical leadership and the business leadership. It's going to be down to the committers to the AlmaLinux project to decide the direction that it takes."

Will Red Hat be upset at the appearance of binary-compatible community builds of RHEL? "I'm sure that there will be some people at Red Hat who are a bit miffed by it," said Phipps.

"My experience has been that the Red Hat technical community is very accepting of community initiatives," though he added that, "given that the business side of Red Hat decided to switch the CentOS trademark to designate an upstream of RHEL rather than a downstream, I'm sure that the people who did that won't welcome it."

Phipps does not believe it will have a negative impact on Red Hat's business. "Community downstreams of RHEL created the market that Red Hat then monetized. Although they were not directly feeding its bottom line, they were growing the pie for everybody by existing… companies that wanted to get started with RHEL without having to have a relationship with Red Hat right from the beginning have been able to do so." ®