I've got the power! Or have I? Uninterruptible Phone-disposal Stuffup

Remembering airports of the past and borked kiosks of today

Bork!Bork!Bork! In some parts of the world a festival involving chocolate eggs and bunnies is about to begin. For this poor kiosk, it appears festivities are temporarily at a halt.

The kiosk in question lurks within the Lehigh Valley Mall, in Pennsylvania, USA. A nice part of the world located near the city of Allentown and not far from the ambitiously titled Lehigh Valley International Airport. 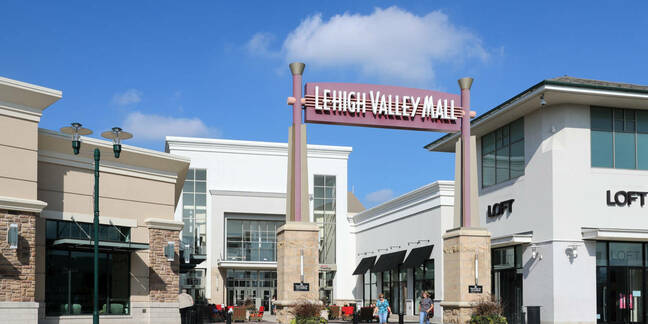 We recall that very airport before Allentown was removed from its name and replaced with Lehigh Valley, and we still well remember the delight at discovering it was possible, according to the travel company, to fly from there back to the UK (this was during the last century, we hasten to add.)

Imagine our delight, therefore, when we pitched up, checked in our bags and boarded a bus to take us to the aircraft. Which it did. On a bone-crunching 90-minute road-trip to Newark Airport in the state of New Jersey.

Happy days. Still, at least nearby there was a "World Famous" bar and grill to amuse, which was neither world famous nor, to be honest, much of a bar.

Times have moved on but bork is ever constant, and today's installment of mall mayhem is centred on an ecoATM, a device designed to take unwanted smartphones and handout payment to customers without the need to trouble a salesperson. 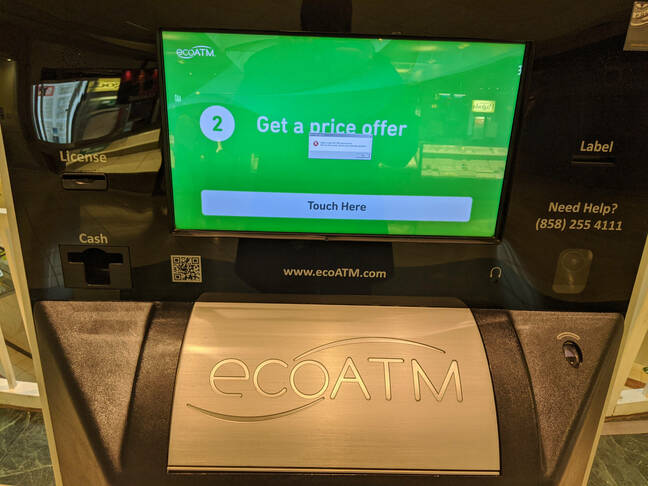 It's a neat device and the manufacturer modestly states "we continue to do our small part in reducing rubbish across the world."

If only the same care and attention were lavished on this particular bit of ATM hardware. Aside from a version of Windows that we suspect predates many of the phones likely to be shoved into the machine's maw, it looks very much like the APC PowerChute Business Edition service is having a bad day. Without looking at the event logs, an exact diagnosis is tricky.

Our reader stopped short of jabbing the screen himself.

However, the stopping of the agent isn't going to help the management of whatever Uninterruptible Power Supply is lurking within the green box. The result, we hope, will be no worse than the discovery that an unmanaged UPS might let one down when most needed.

After all, nobody wants a kiosk full of old phones doing an OVH. ®