Double anniversary means doubles all round, are we right?

Join us in raising a toast in celebration of both the 60th anniversary of Yuri Gagarin's orbit of the Earth and 40 years since the first Space Shuttle left the pad.

Gagarin's flight, on 12 April 1961, marked the first of a human into orbit. The mission, aboard the Vostok 3KA spacecraft, lasted less than two hours from lift-off until Gagarin reached the ground, via parachute, but has continued to resonate through the decades since. 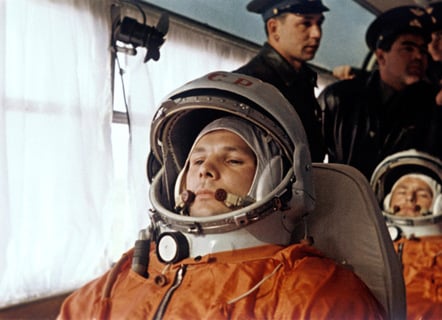 The mission came after a number of test flights (not crewed by humans) of varying degrees of success and failure, as documented in Stephen Walker's excellent Beyond and kicked off from Baikonur Cosmodrome at 0607 UTC with Gagarin's famous "Poyekhali!" [Off we go!] call to controllers as the engines of the rocket lit up.

The launch went relatively smoothly, with the four strap-on boosters shed at 0609 UTC and the payload shroud released at 0610 UTC.

The final stage of the rocket shut down at 06:17 UTC and, after spacecraft separation, Gagarin reported to controllers: "The craft is operating normally. I can see Earth in the view port of the Vzor. Everything is proceeding as planned."

Despite spotty communications, the automatic systems onboard the spacecraft (no Mercury-style manual interventions here) brought the spherical capsule to the required orientation at 0725 UTC, and the spacecraft's engine was fired a few seconds later.

Things began to go wrong shortly after. The service module had been supposed to separate from the re-entry module (housing Gagarin) but remained attached by a bundle of wires.

Failure to separate modules would plague the Soviet space programme in later years. Eight years later, in 1969, Soyuz 5 cosmonaut Boris Volynov would endure a hair-raising ride back to Earth after the service module failed to separate as planned. The connections eventually separated and the cosmonaut landed safely (if rather hard). 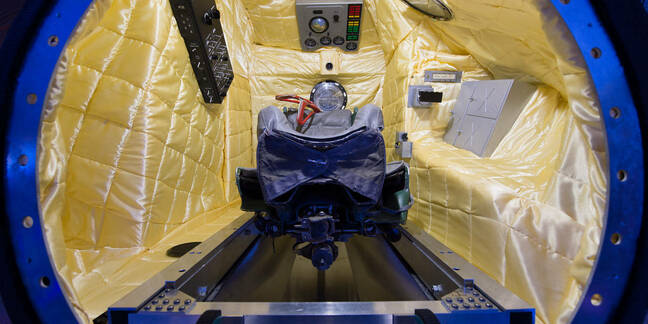 Museum replica of the cockpit of spaceship Vostok 1

For Gagarin, the cables finally broke at approximately 07:35 UTC as the stack spun. The descent module settled into the correct re-entry attitude and Gagarin signalled "Everything is OK" to controllers, although the European Space Agency's (ESA) history of the mission noted: "He later reports that he did not want to 'make a noise' because he had (correctly) reasoned that the gyrations did not pose a danger to the mission (and were apparently caused by the spherical shape of the re-entry module)."

Gagarin ejected from the descending capsule at around the 7,000-metre mark, landing close to the Vostok capsule and was famously greeted by confused locals. After all, the mission had initially been conducted in near total secrecy.

The first man to orbit the Earth would not return to space again. His hopes of a flight aboard the Soyuz were dashed following the death of his fellow cosmonaut, Vladimir Komarov, during the first flight of the vehicle in 1967. A year later Gagarin would also die when his MiG-15 training jet crashed in 1968. He was 34. 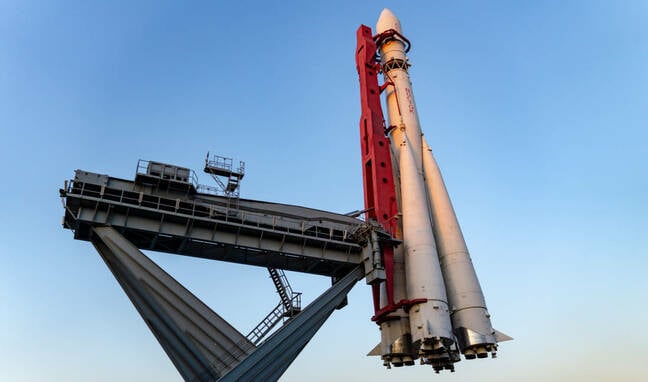 A mere 20 years after Gagarin's flight, in the aftermath of the race to the Moon and while the Soviet Union continued to launch Salyut space stations, NASA launched what it hoped would be the first in a fleet of reusable space vehicles: the Space Shuttle. 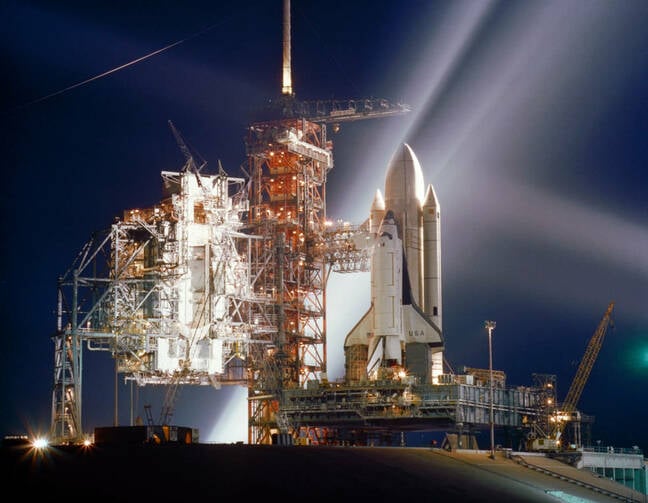 Beset by delays, the first space-worthy Space Shuttle launched at 12:00 UTC on 12 April 1981 with moonwalker John Young commanding, accompanied by rookie astronaut Bob Crippen. Crippen's career had begun with the US Air Force's Manned Orbiting Laboratory (MOL) in the 1960s, transferring to NASA after the cancellation of the MOL project.

He would go on to take part in the Skylab Medical Experiment Altitude Test (SMEAT) and perform capcom duties for the Apollo Soyuz project before his flight aboard Columbia.

Young, a veteran of Apollo and Gemini, was well accustomed to the rigours of spaceflight. The shuttle was, however, an entirely new vehicle. Unlike Gagarin's Vostok, there would be no uncrewed test flights before the duo were launched.

The Shuttle had had a lengthy gestation as challenges with its engines and thermal protection system threatened to derail the programme. A launch on 10 April had to be called off at the T-18-minute mark due to a computer problem but the issues were resolved to permit the launching of Young and Crippen on 12 April.

Unlike Gagarin, the NASA astronauts had plenty of space within the roomier confines of Columbia and, despite concerns arising from some missing thermal tiles (later assuaged by snaps of the orbiter from intelligence assets showing the all-important underside would survive re-entry), the shuttle would glide safely back to a landing at Edward's Air Force base two days later. An exultant Crippen radioed "What a way to come to California!" as Columbia descended.

Both Crippen and Young would fly the Shuttle again, although neither would return to space following the 1986 Challenger accident.

Both Gagarin's flight and the first launch of the Space Shuttle merit applause and, while the intervening years have seen the assembly of the International Space Station and dozens of uncrewed missions to the planets, asteroids and beyond, few events served to capture the imagination of the public in quite the same way.

We would recommend Stephen Walker's Beyond for an insight into Gagarin the human being as well as the events surrounding his mission. The Space Shuttle program is very well documented, although a flick through the pages of Rowland White's Into The Black gives an insight into that very first mission. Young's own memoir Forever Young is also worth reading to better understand the man himself. ®