Dictates 3 languages, translates into 6, available only in China

The Logitech Voice M380 wireless mouse looks and acts like a regular mouse but with a special button to initiate voice dictation. Baidu claimed recognition facilitates content creation at two to three times the speed of what one can type.

The device supports dictation in Chinese, English, and Japanese, and can translate content to English, Japanese, Korean, French, Spanish, and Thai. However, as of this month, you can only pick it up in China. There's no word on when or if it will be available elsewhere. 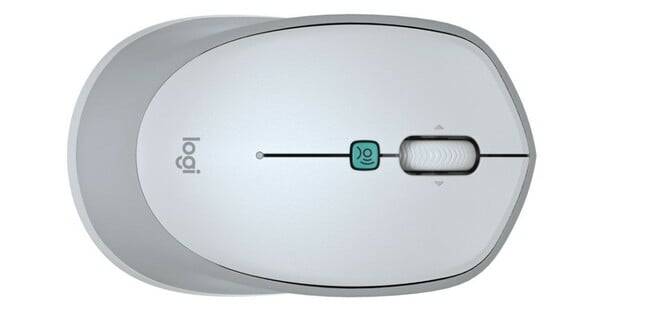 As of September 2020, Baidu Brain has developed more than 270 core AI capabilities and created over 310,000 models for developers.

Logitech and Baidu make an interesting pairing. The Swiss consumer electronics company has reported massive profits for its fiscal 2021, thanks to COVID tech consumerism. Nearly every Logitech division enjoyed double or triple-digit growth for Q3.

Baidu has also been done well during the pandemic, so well that it received a warning from China's State Administration for Market Regulation for monopolistic behaviour this month.