Zorin is a Linux distribution aimed at switchers from Windows or Mac, and endeavours to offer a polished user experience and a minimum of fuss. It is offered in both free and commercial versions, with the paid-for Ultimate Edition priced at £39 ($53), and free Core, Lite and Education editions.

The Lite edition uses the XFCE minimalist desktop, while the others have a custom GNOME-based desktop GUI. The extras in the Ultimate edition are additional desktop layouts, one imitating macOS, additional bundled applications and games, and installation support. A note on “why does it cost” puts the emphasis on supporting the project rather than the value to the user.

Version 16 is expected this summer, and in the meantime the public beta has just been released. This is not a cutting-edge Linux; it is based on Ubuntu 20.04, “Focal Fossa”, a long-term support release.

The desktop is based on Gnome Shell 3.38. Zorin’s press release highlights performance improvements, as well as the addition of the Flathub repository alongside the Canonical Snap store and additional Ubuntu and Zorin repositories. Windows apps can be installed “optionally using WINE,” the release said, and added the claim that “Zorin OS 16 has the largest library of apps available out of the box of any open source desktop ever.”

The Store has been a focus of attention and merges all these sources into one application. If an application is available from more than one source, the user can select from a Source dropdown. This dropdown may also offer different versions of the app.

The Core edition has a somewhat Windows-like appearance including a taskbar which shows application previews as you move the mouse over its icons. A Zorin Appearance utility lets users select a different desktop layout as well as changing themes. 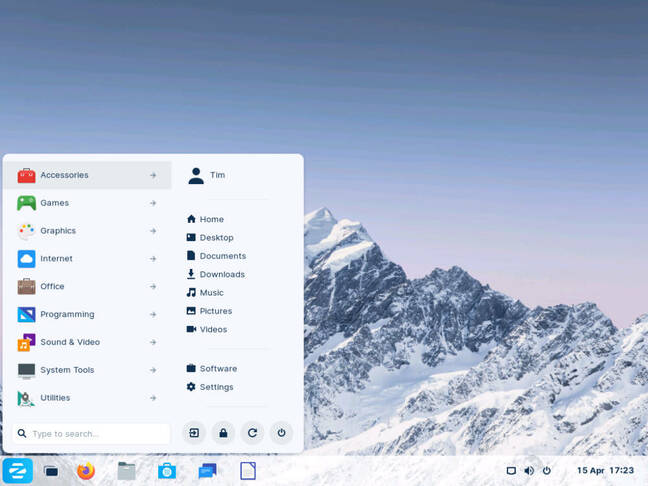 Zorin OS 16 has a clean user interface reminiscent of Windows in its layout. Click to enlarge

A Windows 10X-like layout (yes, the new Windows 10 that Microsoft has yet to release) is “coming soon” to Zorin Ultimate, the organisation said. There is also a Jelly mode which makes windows wobble when moved or resized; fortunately this is off by default.

We ran up the new beta on a virtual machine and liked the clean appearance and Windows-like application launch panel. As is common on desktop Linux, LibreOffice is pre-installed, for immediate productivity with an office suite. Evolution is there for email, and other out-of-the-box applications include Mapbox, based on OpenStreetMap, Rhythmbox for music, and Firefox for web browsing. Zorin OS 16 picked up an HP printer on the network without any configuration, and the initial experience is smooth.

We were keen to try the promised Windows application compatibility and tried downloading several examples including the editor Notepad++. Firefox offered to open it immediately with “Install Windows Application.” Zorin OS downloaded a bunch of stuff and warned about an “unknown Windows app.”

We chose to run it anyway and then ... nothing happened. After manually installing Wine we got a bit further but although the installer ran, the application immediately crashed. 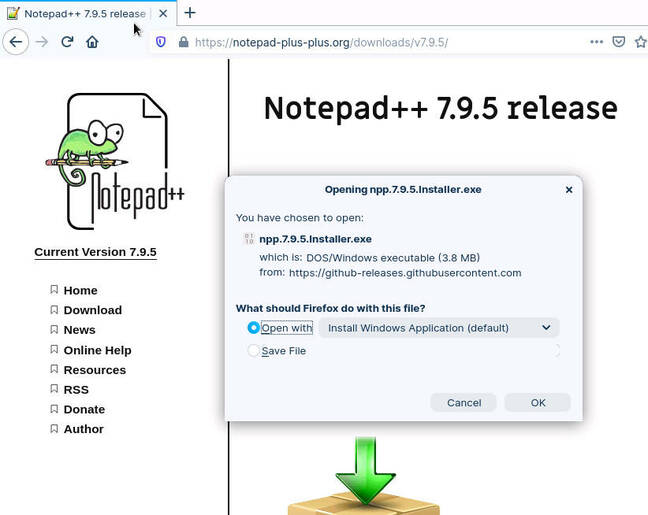 Installing a Windows app: not as easy as the user interface suggests. Click to enlarge

As it turns out Notepad++ can run on Wine when carefully configured and has been pre-packaged with an embedded version of Wine as a Snap. This ran fine on Zorin OS, but based on our experience the notion of easily running Windows applications is far from reality - though note this is a beta.

Early users of Zorin 16 in this forum thread express delight with the improved performance and report that the Software Store is also much improved, though as you would expect there are also gripes about details of the revamped user interface. Overall though, it look like the forthcoming release will be welcomed.®