Fridges... in... Spaaaaaaace: Engineers book ride on the Vomit Comet to test astro-refrigerator

Boffins are set to get a ride on the Zero Gravity Corporation's "weightless research lab" to test a refrigerator designed for jaunts to orbit, the Moon or even Mars.

The engineers from Purdue University, Air Squared and Whirlpool are working on a refrigerator that will function in different orientations as well as the one more suited to domestic kitchens on Earth. The idea is to give astronauts access to food not necessarily freeze-dried or squirted out of a packet (and liberally dosed with hot sauce.) 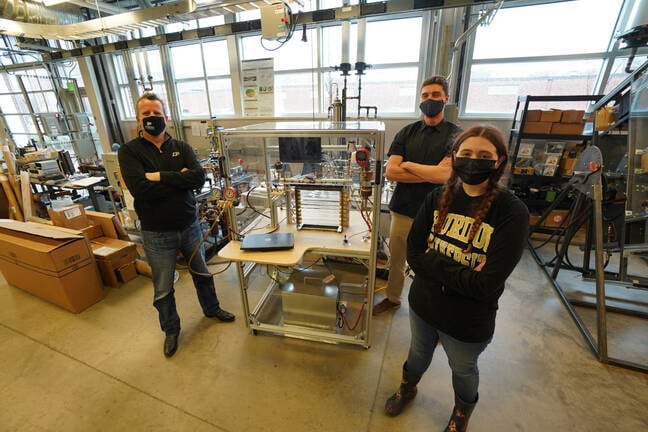 The current food stashed aboard the International Space Station (ISS) has a shelf life of around three years. The project, funded by NASA's Small Business Innovation Research (SBIR) program aims to as much as double that.

The team acknowledged that it is not the first to attempt a space-bound fridge but pointed out that those that have gone before either broke down or didn't work particularly well.

"In a typical fridge," explained Leon Brendel, a Purdue Ph.D. student in mechanical engineering, "gravity helps to keep liquid and vapor where they are supposed to be. Similarly, the oil lubrication system inside of a fridge's compressor is gravity-based. When bringing new technology into space, making the entire system reliable in zero gravity is key."

Keeping things cold in spacecraft is not particularly new. But the cooling systems aboard the ISS are generally used for storing experiments and biological samples and, according to the team, use considerably more power than a fridge on Earth.

That said, astronauts have been known to make use of freezer boxes for the purposes of food consumption. Former astronaut Jerry Linenger wrote colourfully of a frozen treat that greeted him from Space Shuttle Atlantis at the end of an eventful tour aboard the Mir Space Station.

"The ice cream," he wrote in his book Off The Planet, "had been stuffed into a biological sample freezer aboard the shuttle that would eventually be filled with my frozen blood samples on the trip home."

A slightly different version of events was retold in Bryan Burroughs' story of Mir, Dragonfly, but the delight of astronauts and cosmonauts at the arrival of fresh fruit, vegetables and, yes, ice cream is evident.

Having a fridge dedicated to the needs of astronauts therefore has a definite appeal, and the team reckons it is two years away from having something ready for a jaunt to the ISS and perhaps beyond.

The next step is to see if the concept works in the microgravity afforded by Zero Gravity Corporation's aircraft. Three experiments have been built to test the oil-free design: a prototype for future use on the ISS, another to test vulnerability to liquid flooding, and a third with instrumentation to capture how gravity will affect the vapour compression cycles.

All the rigs will be flown four times aboard the Zero Gravity Corporation aircraft and subjected to brief stints of microgravity (as well as lunar and Martian gravity) dozens times as the aircraft performs its parabolas.

Accompanying Brendel on the flights will be Paige Beck, a Purdue junior majoring in mechanical engineering, and three other members of the team from Air Squared. 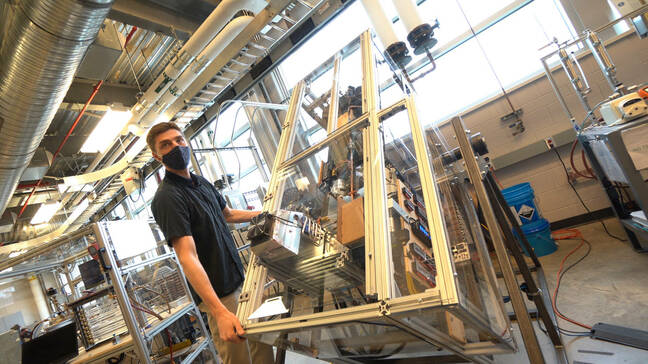 "This is a once-in-a-lifetime opportunity for me. I can't wait to board the plane," Brendel said.

This hack took a trip on the vomit comet back in 2017 (and wrote about it here.) It looks as though the same, elderly, Boeing 727 will be used this time around - except outfitted with the group's experiments.

We'd have to agree that the experience is a spectacular one and the engineers should indeed count themselves lucky to be going along for the ride.

Although for goodness sake, we hope they're careful with what they eat and drink beforehand. It would be a terrible shame to spatter all the hopes and dreams of astronauts for an improved diet in space with a microgravity chunder event. ®