Bork!Bork!Bork! Bork knows no borders, be they geographical or technological, as demonstrated by this Ubuntu installation getting funky on the Helsinki metro.

Of course, we have only the word of the GNU GRUB bootloader for that, judging by the image sent in by an eagle-eyed Register reader.

Not that one needs to be that eagle-eyed when a screen that size stuck on a partition within the carriage has decided to skip booting into Ubuntu in favour of flashing its GRUBby underwear at all and sundry. 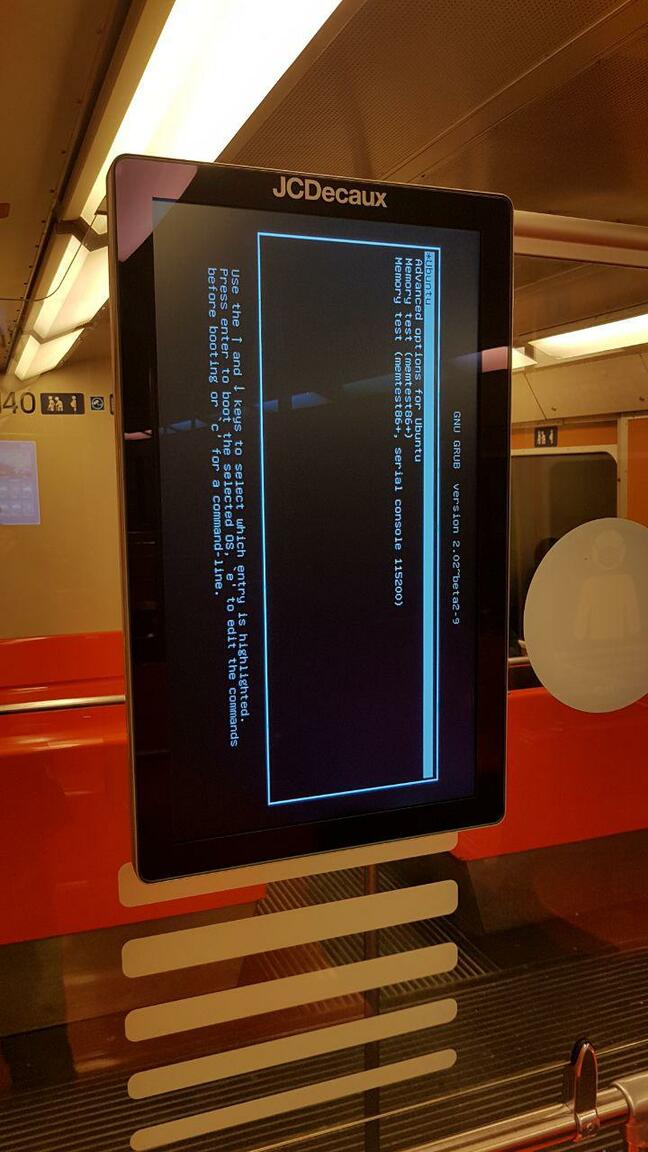 "The displays on the Metro have often been displaying various flavours of Bork! lately," our reader Rob said.

"I'm told by a reliable source that these seem to have been moved to a new Linux build fairly recently that apparently has some teething issues."

You think? If by "teething" one actually means "hopelessly unable to perform the intended ad slinging/passenger-informing task" then yes, we can see that.

Still, it does make a pleasing change from the usual parade of Windows-based mishaps. It is good to know that Linux can make just as a good a fist at being a bit rubbish as Microsoft's wares.

Our reader has his information gathering priorities on point, and gave us the delightfully nerdy wrinkle that the train in which the borkage could be found was the M100, in use since the transit system became operational.

The Register understands that the more modern M200 is also in operation, but there is something delightful about travelling in ageing rolling stock that one simply doesn't experience aboard the newfangled jalopies of today.

Let those who never pondered a trip to the Isle of Wight for a last hurrah aboard its dodgy old 1938 ex-London Underground rolling stock raise their hand now. Just us then?

As far as Helsinki is concerned, Rob also submitted another image showing a screen safely booted and, oh dear, possibly not showing the hoped-for web page. 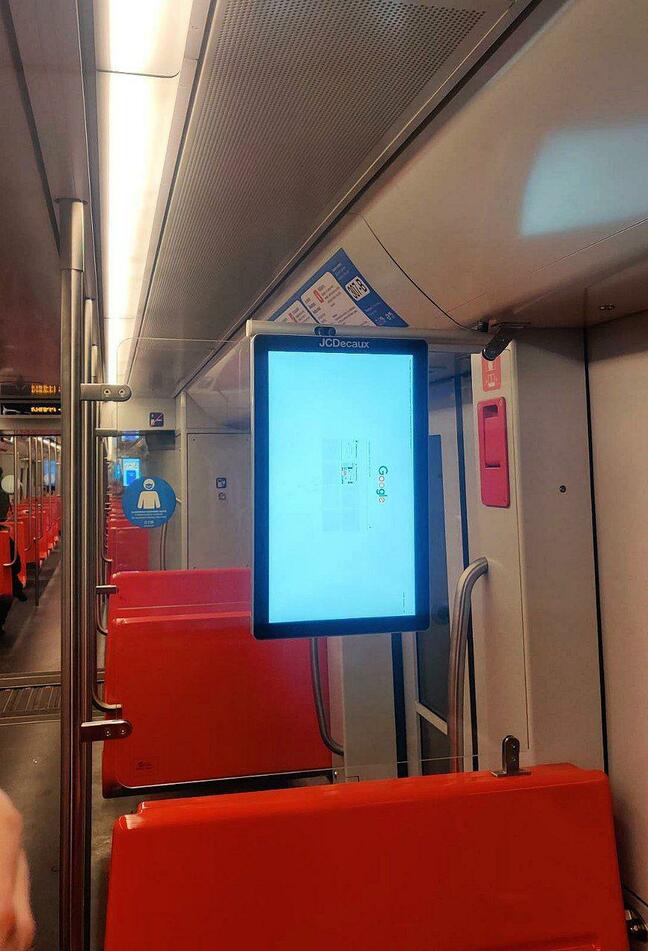