Samsung has shown off a picture of what it says is the first DDR5 DRAM-based memory module that can talk the language of Compute Express Link (CXL).

As we noted when CXL 2.0 debuted in late 2020, the tech is all about moving data more quickly between processors and devices such as GPUs, SmartNICs and pools of memory.

By building memory that’s CXL-ready, Samsung reckons it's brought us all a step closer to servers with wider memory channels, and therefore the ability to handle perhaps a terabyte of memory and move data into and out of it at speed. That all adds up to servers that are better-equipped to handle memory-loving applications like – you guessed it – artificial intelligence. 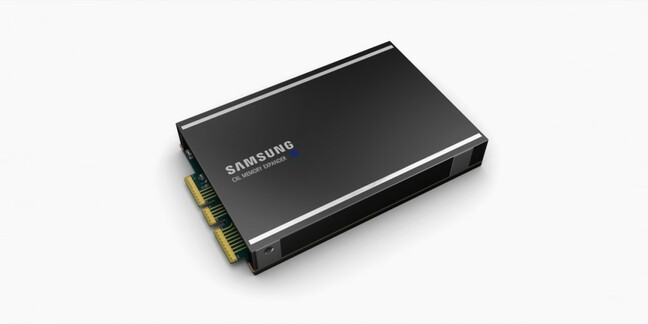 Samsung says the device it has built also includes “several controller and software technologies like memory mapping, interface converting and error management, which will allow CPUs or GPUs to recognize the CXL-based memory and utilize it as the main memory.”

Samsung has said the module “has been successfully validated on next-generation server platforms from Intel” and that it’s also working with AMD “to deliver advanced interconnect technology to our data centre customers.”

However, the company hasn’t said how much memory resides inside the box, named a speed, or said when it will start selling the product. There’s also no word on whether software players are aware of the device or preparing for it. And that matters because blasé software vendor response to Intel’s Optane storage-grade memory has been one reason that tech hasn’t set the world on fire. ®