Get ready for the New York Chocolate Factory experience

Google is to open its first physical retail store in New York, giving eager customers a chance to fondle the company's products in person.

Well, as in person as pandemic restrictions currently allow. Google notes that shopping has changed "forever" due to COVID-19 so plans to restrict numbers of punters and keep everything as squeaky clean as possible.

There's an obvious joke to be made about how would one achieve social distancing with a Google employee looking over your shoulder (as many suggest its products do) but we're far too classy to snoop stoop so low.

The store is due to open in the summer and is located in Chelsea. It will be part of the company's urban campus in the city. 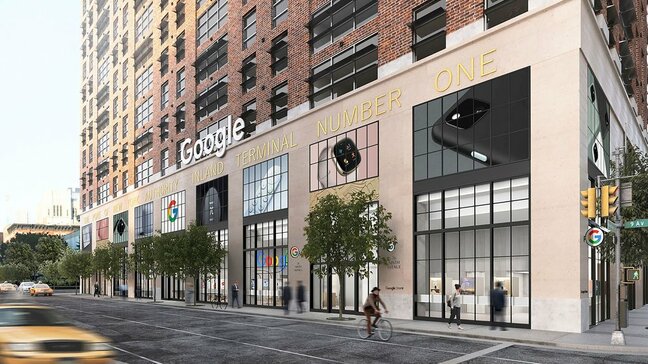 As for what will be in store, users can expect to get their hands on the company's gizmos from Pixel phones and Pixelbooks to Fitbits and Nest devices. Orders can also be picked up and, more importantly, broken devices fixed and guidance sought from actual humans rather than the tiresome chatbots and AIs common to Google's online properties.

It's an interesting move. So far, out of the tech giants seeking to flog their in-house gizmos, only Apple has really made a success of the brick-and-mortar retail store. Microsoft's adventure was infamously disastrous and the operation was eventually shuttered last year, although the New York store on Fifth Avenue lives on as a "Microsoft Experience Center".

Presumably meaning you get to watch Azure crash in person.

Google, however, thinks consumers will be beating a path to its door and we imagine that more stores will follow should this first attempt (yes, we know there have been popups in the past) be a success.

If not, well, just as Microsoft has a Raiders-eque warehouse where even now Windows 10X is being nailed into a crate to be stored alongside Zune, Groove, and Windows Home Server, Google has its own graveyard where doubtless the retail experiment will be swiftly consigned if things don't work out. ®