Roam if you want to: China’s Zhurong rover begins trundling on Mars

China's Mars rover has taken its first tentative trundlings on the surface of Mars, a week after the vehicle's landing in Utopia Planitia.

The 22 May roll came following the receipt of the first images from the safely landed rover late last week. Those images came after the Tianwen-1 orbiter, which carried the rover and lander to Mars, moved to an orbit to permit the relaying of data to Earth at a higher data rate. 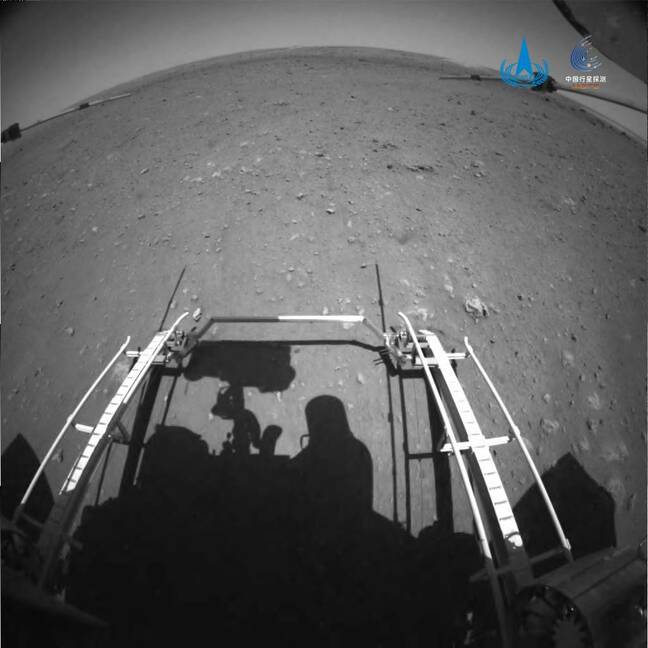 Officials from the China National Space Administration (CNSA) noted telemetry showing that Zhurong had left the lander for a hoped-for few days of roaming around the surface. Pictures from the rover's cameras showing it on the lander's ramps and then looking back at the landing platform pretty much sealed the deal. 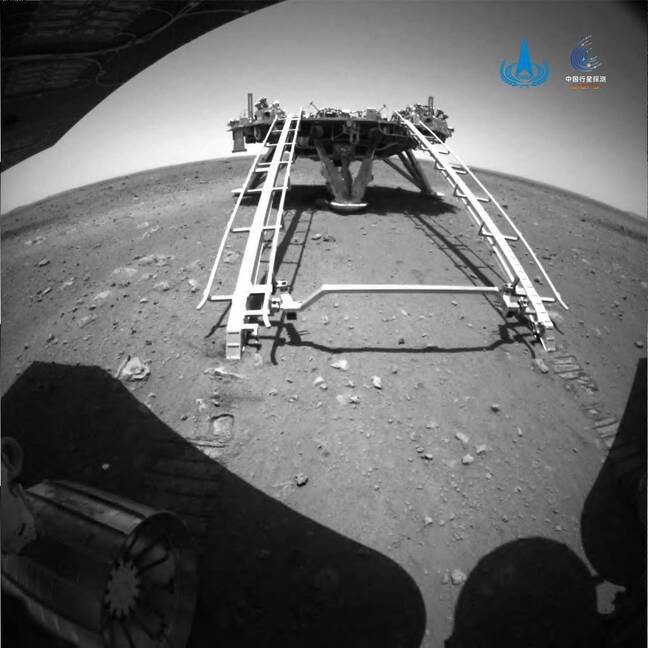 Now on the ground, boffins hope Zhurong will spend at least the next 90 Sols studying the geology in the surrounding area in search of water-ice deposits or other minerals. During this time, Tianwen-1, which has its own suite of instruments, will continue to perform relay duty.

The rover joins NASA's Curiosity and Perseverance trundlebots on the surface of Mars. The European Space Agency's (ESA) ExoMars Rosalind Franklin rover should also have been present, but was delayed to 2022 by issues including problematic parachutes.

Dealing with those problems has continued while the rover sits in storage. The agency announced last week that testing of the extraction of the first parachute in ground-based tests had gone well, paving the way for a high altitude drop test from around 29km in Sweden in June. More testing is planned, including further ground and high-altitude tests.

"Landing safely on Mars," said Thierry Blancquaert, ESA ExoMars programme team leader, "is a notoriously difficult task. Investing our efforts in this test strategy is an essential part of ensuring a successful mission when we arrive at Mars in 2023." ®