Having ripped into Apple's new M1 iMac, the iFixit gang turned its attention to the device's keyboard and the all-important Touch ID sensor. Sensitive eyes may, however, wish to look away from the final repairability score.

With access gained to the innards of the new M1 iMac via the screen yesterday, the team today noted the presence of a pair of fans (a first for a M1 machine) as well as set of "impossibly thin" speakers. A pair of CR2016 batteries secured with stretch adhesive likely serve CMOS duty. 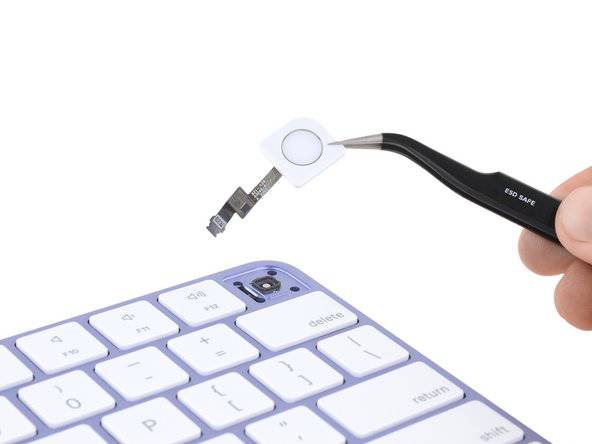 The Touch ID key looks like an ordinary keycap on top, but the undercarriage looks "very similar to an iPhone 7 Touch ID sensor," say the repair advocates. Pic courtesy iFixit

The new keyboard was, however, "a tough nut to crack" according to the iFixit teardown team. A combination of isopropyl alcohol, suction and patience eventually opened it and revealed the Touch ID hardware which, while resembling an ordinary key on top, looked rather like an iPhone 7 Touch ID sensor underneath. 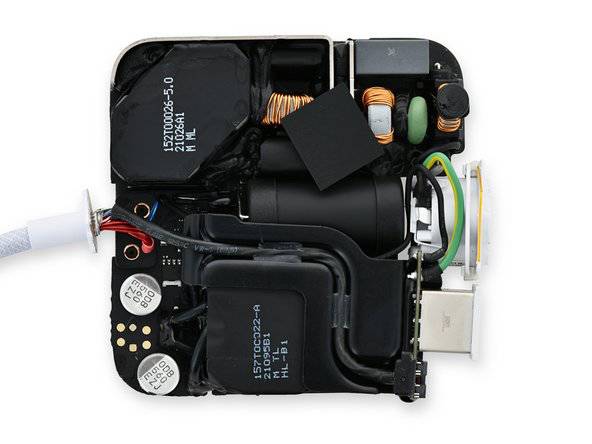 The innards look similar to a standard Apple MacBook power supply, albeit with a network cable passing through. Pic courtesy iFixit

As for the power supply brick with its integrated Ethernet, "you're not getting inside this thing without destroying it," observed iFixit. It might almost be a motto for Apple devices it seems.

And the iMac overall? "A lot of impressive engineering went into making this thing as thin as possible, but did anyone really need a thinner all-in-one desktop? Apple's priorities continue to baffle."

Quite. The sacrificing of even a modicum of repairability on the altar of thinner-is-better is frustrating, particularly when one considers the environments (including education labs and such like) in which the machines will find themselves.

The same applies to upgradeability. Memory has been soldered to the M1 package and the internal storage cannot be altered; an odd path for Apple to pursue considering that others, such as Microsoft, now make much of the ability for SSD swaps.

The final repairability score of 2 might have been even lower if it were not for the fact that at least the commonly worn parts – the headphone jack, power button and USB ports – were relatively modular once one had cracked the seams of the device. ®