Surviving eclipse season and resurrecting 25-year-old software with Windows for Workgroups 3.11: One year with Mars Express

ESA's veteran probe left for its mission 18 years ago today

Readers may recall the group operating Mars Express last talked to us in 2020, just as ESA was battening down the hatches in response to the COVID-19 pandemic, so we caught up with them again to discuss the latest milestone. 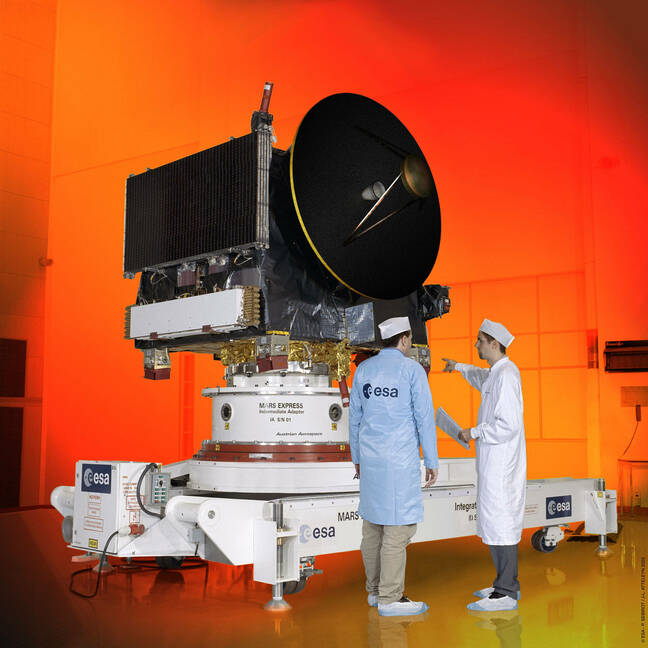 James Godfrey, Mars Express spacecraft operations manager, told us he regarded the fact that things were able to keep ticking over during the past year as one of his highlights of the period. Some of the team is on site; some are working remotely. The overall impact has been "remarkably little."

Having handily passed the 17-year mark in Mars orbit, the hardware continues to surpass expectations. Mars Express has just emerged from the latest eclipse season (September 2020 to March 2021), which had "the longest eclipses experienced by the spacecraft since 2006," observed Godfrey.

The team was concerned about the batteries. The solar arrays continue to perform like champs ("they are only about 5 per cent degraded," revealed Godfrey, "it turns out that the Martian orbit is a very benign environment for arrays"), but the batteries were a worry.

However, studies by the spacecraft manufacturer, Airbus, and the now retired head of ESTEC's battery section, suggested that things were not as bad as thought. Coupled with the performance observed during the eclipse season, the old worst case performance models could be swapped with something a little more optimistic.

Spacecraft operations engineer Simon Wood told us the radio, originally designed to hail a lander, required a software modification (written in assembler) to transmit a "clean" unmodulated signal. "This new software version," he said, "then had to be uplinked to the spacecraft and flight tested which we managed to do successfully even with most of the team in home office."

"Once we're fully up and running," he said, "then this will be the second new science instrument Mars Express has gained in the past 5 years after we re-purposed the Visual Monitoring Camera into the science payload."

There is also what Godfrey modestly described as a "world first": Multiple Uplink Per Aperture (MUPA) in which a single station can transmit to multiple spacecraft at once (in this case, Mars Express in S-band and Trace Gas Orbiter in X-band.) The concept complements Multiple Spacecraft per Aperture (MSPA) for downlinking from more than one spacecraft at once, taking some of the pressure off the European Space Tracking (ESTRACK) network.

The team has continued to look at ways of improving Mars Express's newly implemented gyroless operation mode. The duty cycles of the gyros have continued to be reduced to eke out extra life, but with both star trackers now routinely switched on, other potential issues have presented themselves: "If one of the star trackers generates an event, the spacecraft cannot distinguish between the two units," explained Godfrey, "So if we wanted the spacecraft [to] react autonomously, e.g. to power cycle the affected unit, it wouldn't know which unit to act on."

One solution would be to change the Event ID on one of the units to allow the onboard software to distinguish between them. Then they could see how the Attitude and Orbit Control System (AOCS) would react, and so on. A bit tricky, since an exhaustive test on the ground isn't really possible.

Wood recently shared a Twitter thread that began, much to the delight of retro-computing fans, with the recovery of data from two IDE drives from a long-dead PC and (spoiler alert) ended with the 25-year-old emulator for the Star Tracker software firing up on a 486-based machine running Windows for Workgroups 3.11 (after more modern Microsoft operating systems rejected it.)

So, today's cutting edge spacecraft flying task. Can i resurrect the 25 year old emulator for our star tracker software?
Starting point is these 2 ide hard drives taken from the pc it ran on just before the machine literally exploded about 6 years ago.
Lets see how it goes 😬 pic.twitter.com/I2pXbjDn6N

Since we last spoke to the team, the hope remains that the life of the gyros can be eked out to 2030. The fuel is still a (literal) unknown quantity since, in the worst case, it should have run out in 2016. But Mars Express keeps on ticking, and Godfrey, using Venus Express as a model, reckoned that there was a chance that what is left (possibly 5.6kg) might last until 2035. "My gut feeling," he said, "for what it is worth, is that we will run out of gyros before we run out of fuel."

Alternatively, hardware on Earth could give up the ghost. The mission control systems for Mars Express originally ran on Solaris 8 machines (and some tools ran on Solaris 6.) A migration to Solaris 10 occurred in 2013 although, with a hat-tip to the Unix team working around failing ancient hardware, Wood observed: "We have Solaris 10, running a Solaris 8 zone and that zone is configured in Solaris 6 compatibility mode. (it really is turtles all the way down!)" 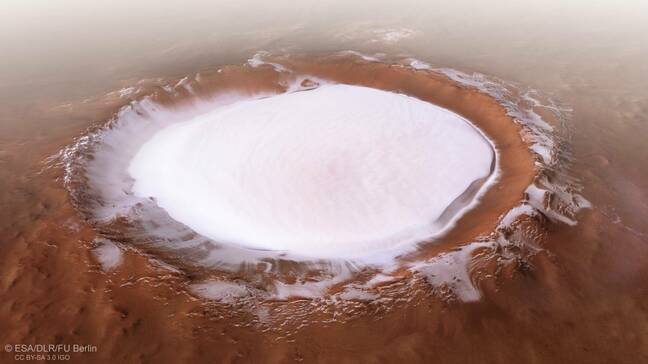 Virtualization efforts have played their part in reducing the reliance on hard-to-obtain components. Should ESA keep the funding tap turned on and extend the mission past the end of 2022, an upgrade to Solaris 11 servers is also on the cards (a joint activity with other ESA missions XMM and Integral) that should last until the end of Mars Express.

Then again, one hesitates to use the word "end" where Mars Express is concerned. It is, after all, currently the second-longest serving non-Earth orbiter and has overcome more than its fair share of potentially mission-ending challenges. The prize for longest operational, however, goes to NASA's Mars Odyssey orbiter, which recently celebrated the 20-year anniversary of its launch from the long demolished Cape Canaveral Launch Complex 17.

Would the Mars Express team like to swipe Odyssey's crown? "To be honest I haven't actually spoken to the Odyssey team about it," said Godfrey, "but of course we would like to beat them."

"In the nicest possible way." ®