Version 15.3 of openSUSE Leap is out - this being the community version of SUSE Linux Enterprise and the first to be built with the same binary packages as its commercial cousin.

Version 15.3 includes what SUSE called "one huge change from the previous Leap versions. openSUSE Leap 15.3 is built not just from SUSE Linux Enterprise source code… but built with the exact same binary packages."

The company positions openSUSE as for running and testing workloads that can be migrated to SLE for long-term maintenance. It is also suitable for production use in cases where the support that comes with SLE is not required. Each Leap release is maintained with updates for at least 18 months.

The new build process is the outcome of an initial proposal called "Closing the Leap Gap" which SUSE CTO Gerald Pfiefer, who is also chair of the openSUSE Board, presented to the community in April 2020. It was a three step approach, he explained, beginning with merging the code bases "for the intersection of openSUSE Leap 15.2 and SLE 15 SP2", then creating a parallel build of Leap 15.2 with SLE binaries, and finally building Leap 15.3 with SLE binaries "included by default."

The rationale for the change is complex. openSUSE Leap is not identical to SLE; it is more like a superset since it starts from the same SLE core and adds further packages of its own. This introduces friction that impedes uses who want to move from Leap to SLE, which is bad for SUSE's business model and undermines the purpose of Leap.

According to the FAQ, the new process will "increase compatibility and leverage synergies." Those who stay on Leap will benefit from packages tested for SLE, while it will also make it easier to switch from Leap to SLE. "Users can test on Leap, deploy to SLE and even rollback to a Leap snapshot," promised the introductory post. The wiki states that "the release becomes fully binary identical with openSUSE Leap 15.3 and SUSE Linux Enterprise 15 SP3." One of the goals is to make Leap more suitable for those developing applications for SLE.

There are some downsides. One is that the SLE packages reused by Leap are signed for SLE, which means it is a one-way street: an SLE binary package works in Leap, but a package built by the openSUSE build service does not work in SLE. It also means that openSUSE has less visibility into the build process for these packages. According to the FAQ, SUSE is considering a future option where SLE is "developed completely in the openSUSE Build service." Another issue is that Leap supports more architectures than SLE, adding RISC-V and ARMv7. For these, "they will most likely have to be built together with remaining packages in a separate project,", the FAQ explained.

Why not just have a FreeSLE, removing all differences? "SUSE considered this as an option, but felt it would bring about competing interests with openSUSE releases," remarks the FAQ. 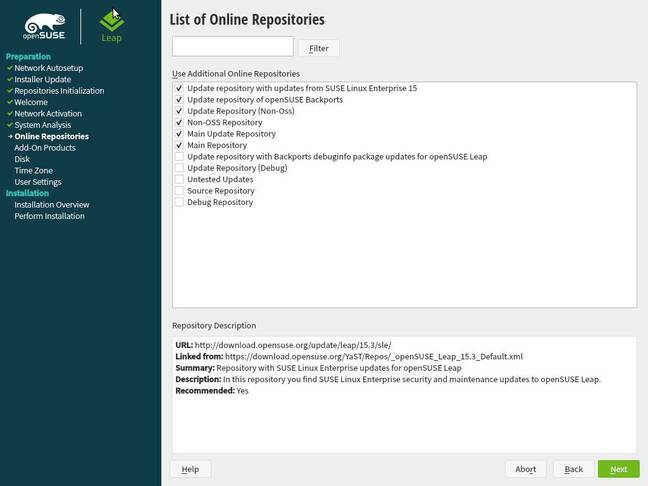 Aside from the packaging changes, there are a number of new features in Leap 15.3. The default desktop is KDE Plasma, with the version here being the long-term support release Plasma 5.18, but the lightweight Xfce is also an option in the installer and is at version 4.16 with a new set of application icons and colour scheme. There is also an option for GNOME, in which case you get version 3.34. Sway, a tiling Wayland compositor, is included as a drop-in replacement for the i3 window manager. AI and ML developers benefit from the inclusion of Tensorflow, PyTorch and ONNX (Open Neural Network Exchange) packages.

Potential users should note that openSUSE Leap is aiming for stability rather than the latest Linux innovations. The kernel is 5.3, and there is a FAQ on: why is the kernel used by Leap so old? SUSE says it is "an intentional design decision that brings stability at the cost of somewhat older versions." Of course it has to be the same kernel as used by SLE. 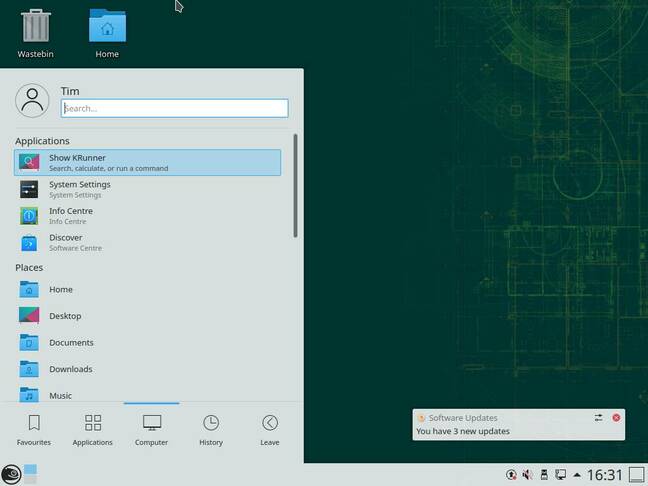 The story here though is that SUSE is tuning the balance between its free and commercial Linux distros in an effort to improve the synergy between them, just as Red Hat has done recently with Centos. SUSE's effort will be more palatable to the community, but in the end it will be hoping to boost the market share for SLE.®

Hardening in the enterprise: SUSE releases Rancher 2.6.5 and NeuVector 5.0

Red Hat and SUSE latest to suspend sales in Russia

Existing customers will continue to receive support, however
Storage25 Mar 2021 | 7