Also: Overclocked Pi 4s in the cloud, anyone?

Raspberry Pi fans have reasons for cheer this week as support for the Pi 400 showed up in the queue for version 5.14 of the Linux kernel, and hosting outfit Mythic Beasts added overclocked Pi 4s to its Raspberry Pi cloud.

Support in the Linux kernel has been a little tardy for the Pi 400. We first looked at the computer-in-a-keyboard back in November 2020 and came away impressed. Clocked at 1.8GHz instead of the usual 1.5GHz, the machine is nippier than its computer-only siblings ,although the 4GB of RAM felt a bit weedy (particularly when we swapped Raspbian for Ubuntu 20.10). 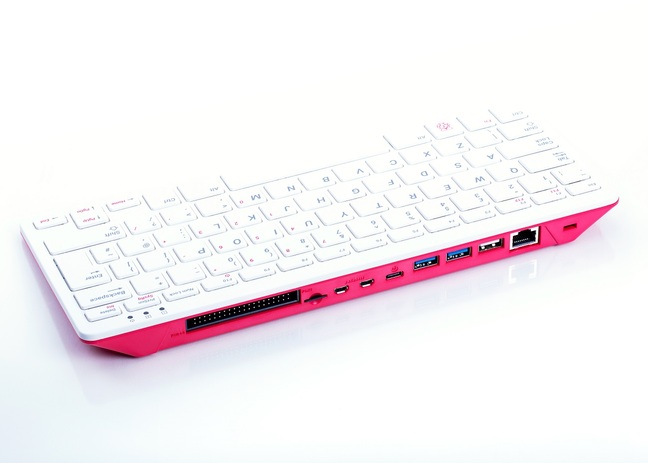 Raspberry Pi 400 ports and all

Software options look set to increase with the arrival of mainline kernel support in Linux 5.14 with the addition of the Pi 400 into DeviceTree (as reported by Phoronix) in the "for-next" branch.

It's not clear why this has taken quite so long, since the device is very close to the Raspberry Pi 4. No kernel driver tweaks seem to be on the cards, just DTS changes for the higher clock speed, updated Wi-Fi chip, power-off via GPIO, and the dropping of the activity LED.

The latter we noted in our review, where the power LED originally did double-duty for activity and looked downright odd. "It seemed like a good idea at the time," Pi supremo Eben Upton told us, but the notification was dispensed with in launch models.

Pi in the cloud

While the Pi 400 has received love from the Lords of Linux, its stablemate, the 8GB Pi 4 has been added to the Pi cloud run by Mythic Beasts. Interestingly for Pi fans, as well as stock 1.5 GHz options, the team has also clocked the diminutive computers up to 2GHz (replete with some substantial fans to keep things cool).

Overclocking is a tricky game and brings with it all manner of operational issues – the power consumption increases as well as the need for cooling to stop the silicon from overheating. Pi 4s that show signs of instability during testing are relegated to the 1.5GHz cluster.