For those who like a bit of oomph under the bonnet

Lenovo has spruced up a significant chunk of its workstation-class lineup with the ThinkPad P1, P15, and P17 all seeing significant upgrades.

The ThinkPad P1, now in its fourth generation, comes with a built-in 5G modem, a larger 90Wh battery, and a new top-case, which includes a redesigned keyboard and larger trackpad. The display has also seen a stretch, measuring 16-inches rather than the previous 15, and now uses a 16:10 aspect ratio, rather than the outdated 16:9. 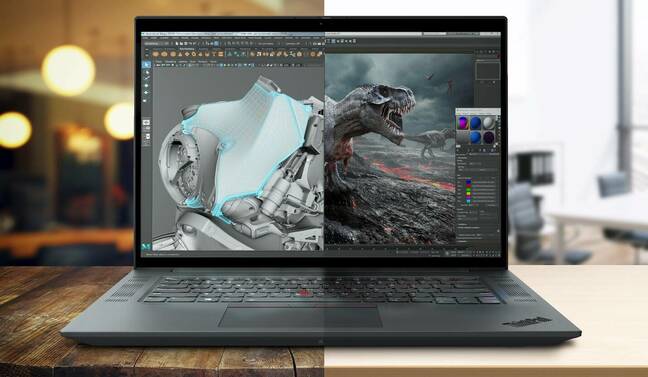 Lenovo has positioned the ThinkPad P1 as a compromise between thin and light ultrabooks and beefier full-sized machines. Punters get an option between a variety of 11th-generation Intel Core or Xeon processors, paired with up to 64GB DDR4 RAM and 4TB storage split across two M.2 bays.

On the graphics front, the ThinkPad P1 can come with a Nvidia RTX A5000 workstation card, or the RTX 3070/3080 with either 8GB or 16GB RAM. As you'd expect from a professional-geared ThinkPad, ports are abundant. Lenovo has included two Thunderbolt 4 ports, two old-school USB-A 3.2, a single HDMI 2.1 port, and a full-sized SD card reader. 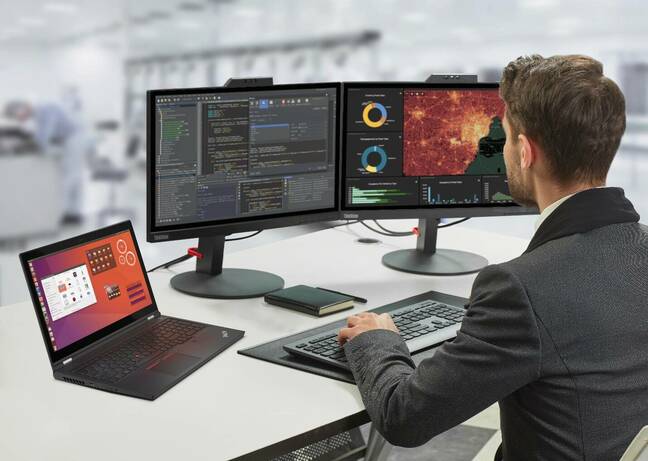 The second-generation P15 and P17 differ little in specs, with the same Intel Core and Xeon options, up to 128GB DDR4 RAM, and a maximum of 6TB flash storage split across three M.2 bays. For extra redundancy, these can be configured as either RAID 0 and RAID 1 arrays.

Both come with optional integrated LTE modems. Ports are largely identical, although the P15 and P17 also include Ethernet and a smart card reader.