The United States Air Force (USAF) has issued a strangely specific threat to certain mollusc species living in the area of an upcoming weapons test.

US military website The Warzone recently spotted that in an environmental report relating to future tests at the Ronald Reagan Ballistic Missile Defense Test Site around Kwajalein Atoll in the Marshall Islands, the USAF stated that a test of its AGM-183A Air-launched Rapid Response Weapon hypersonic boost-glide vehicle, or ARRW, would lead to four top-shell snails and up to 90 giant clams being killed.

The individuals concerned were not named. 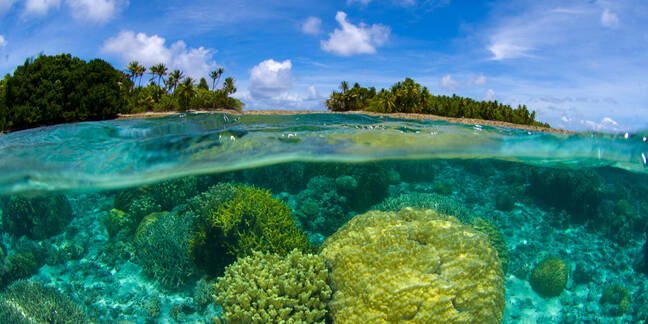 Coral reef at the Marshall Islands

It is not known what the animals involved have done to induce the ire of the world's mightiest air force, but it could be that the unfortunate creatures are the innocent victims of a fit of USAF pique, relating to a series of mishaps in the AGM-183A project which have been described by sources as "dumb mistakes".

The test of the ARRW (handily pronounced "arrow") was originally scheduled for 5 April, but the missile embarrassingly failed to detach from its B-52H mothership, causing the launch to be aborted. The test has since been rescheduled for sometime in July.

This aeronautical cock-up came after another failure in December 2020, reportedly caused by a technician failing to complete a pre-flight checklist and a control fin being improperly fastened, causing it to fall off during the test and the flight vehicle to be lost.

Michael White, principal deputy for hypersonics in the Pentagon's directorate of research and engineering, described the frustration around the project earlier this year:

We have this mindset that we want to fail early and often so we can accelerate learning and actually develop quicker. But that's only valid if your failures are because you're learning about [technological] discoveries and the ability to do hypersonic flight. If our failures are that we forgot how to do a checklist, and tighten a pin on a fin, and we lose a flight vehicle because a fin falls off, that's not acceptable failure.

The AGM-183A is a two-stage hypersonic missile being developed by Lockheed Martin. It consists of a solid-fuel rocket booster with pop-out fins, attached to an unpowered, wedge-shaped glide vehicle.

The concept of the weapon is that the rocket booster propels the combination to a specific height and speed before detaching. After this, the steerable wedge-shape vehicle continues onward to the target in a hypersonic Mach 5+ glide.

Once in service, the weapons will be carried by the venerable B-52 strategic bomber. The USAF's B-52 fleet is currently waiting for an engine replacement programme to extend its service life, possibly by up to three decades. Given that the original B-52 entered service in 1955, this would mean that by the time of its projected post-re-engining withdrawal, the type will have been in continuous service for almost a century.

Top-shell snails (Tectus niloticus), described in the report as "nocturnal, herbivorous, marine gastropod mollusks", live around the Illeginni Islet test site "in submerged hard pavement reef areas, including intertidal and/or inshore rocky areas, at a density of up to 0.09 individuals/m2." 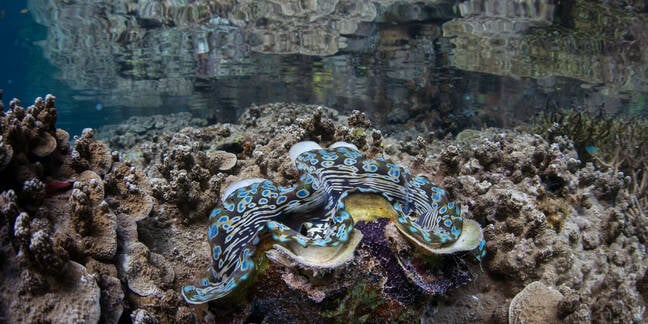 Tridacna squamosa: Above, in the shell and below, a close-up of its striking mantle 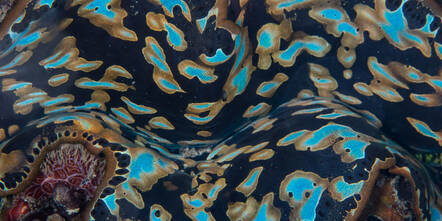 The two species of giant clams mentioned in the report – Hippopus hippopus and Tridacna squamosa – are large, bivalve molluscs that occur only in warm waters and prefer to live on coral reefs. They are sessile, meaning they remain attached to one spot after reaching maturity, can live for several hundred years, and grow to sizes of over a metre.

Neither the snails nor the clams are normally considered to be viable military targets.

The Register has asked the affected species for comment, but none has yet been forthcoming. ®

Promises restoration of suspended accounts, despite previous pledge to do no such thing
Security25 Nov 2022 | 340