Mi Smart Band 6 needs to be slicker, bigger, and brighter to really get you faster and fitter

Review Xiaomi's Mi Smart Band 6 fitness wearable is a pleasant device but is too small and finicky to satisfy those who take athletic performance seriously.

I strapped on the Xiaomi band after signing up for a cycling event that will require me to climb more hills than I've ever tackled in a single day, with the most sustained and savage ascents placed sadistically close to the finish line.

Recognising that I'll need to train somewhat seriously, I asked cycling pals for their tips. They suggested a wearable device could help by gathering data to demonstrate progress and showing things I need to work on.

But I stopped wearing watches 20 years ago – because they interfere with typing and are redundant as I'm never far from a computer or smartphone that tells the time just fine. 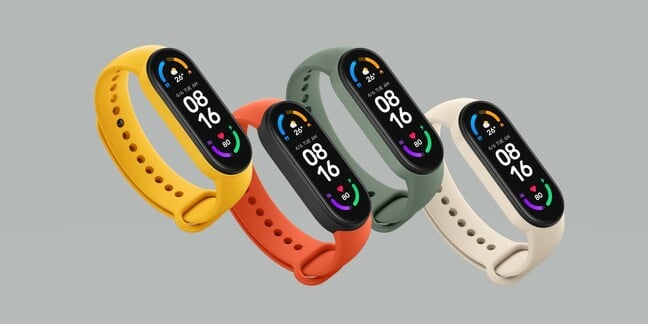 And while I exercise regularly, I seldom feel the need to quantify my performance. When I do, apps like Strava give me more than enough info to satisfy my normal needs. A smartwatch's price tag feels like a foolish indulgence given I'd only use the thing for a few hours a week.

Which brings us back to Xiaomi's Mi Smart Band 6, which, at $60 and just 12.8 grams, erased my objections to price and typing interference. That it also tracks sleep, counts steps, and displays heart rates all day also appealed.

But the device is finicky. A cursory instruction manual and poor Bluetooth performance made it hard to link to a smartphone. The manual suggested I'd need two apps, which felt like one too many as both can control the band and initiate exercise sessions, but object to the other app being connected to the device.

The Band also doesn't really indicate when it's connected to a phone, which made it hard to trust it was functioning as intended.

The Band's 1.56-inch screen is bright indoors. But its small size means the user interface is not rich. Using the Band requires a lot of sideways swiping, followed by downwards swiping, to locate menu items. Xiaomi sensibly decided that on-screen buttons could be too small to use, but its alternative of requiring sustained three-second presses to perform actions often goes awry.

The screen is also too small to read comfortably while exercising. During a bike ride, for example, the Band will throb to signify various milestones, but trying to read them without stopping would be perilous. The screen is not at its best in full sunlight – which is when I tend to cycle! Even at walking pace, the Band would require a pause to peer at details.

While the device does produce a miniature map of a ride, it's again just too small to be useful and makes the device's companion "Mi Fit" app essential. The app offers more information about activities, and does suck in data from the Band without being told to do so. 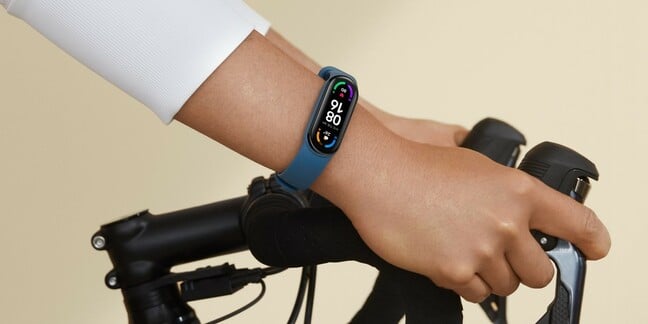 The device is an accurate step-counter, having produced consistent results on a route I regularly walk. It did, however, interpret some of my somewhat tentative dancing as rather more steps than felt warranted.

I couldn't get over the device's elongated oval shape just not looking very grown-up or elegant, but it is well made. A month of use imparted no nicks or scratches. The Band proved it is waterproof by surviving many showers, although spatters of hot water did send it scrambling through its menus and resulted in a couple of hard-to-unwind changes to settings.

Battery life made it through a week, but the charging cable is annoying because it is proprietary, and flimsy enough that it's hard to escape the feeling you'll need to replace it within months. The wrist strap also wore with time, becoming loose enough that it once fell off in the night.

I sometimes forgot to wear the Band, and didn't feel disappointed because my Android smartphone can already record everything else except heart rate data.

So while my cycling pals want me to monitor my ticker for this big ride, I feel like my pre-Band plan of building up to a route that I know replicates the challenges I'll face on the big day will suffice, with or without the extra data the device delivers. I already know if I rode well through the magic of perceived exertion, and Strava tells me if I rode fast. Because I'm trying to finish an event and generally improve fitness, not attain a particular performance goal, the extra data offered doesn't feel useful. 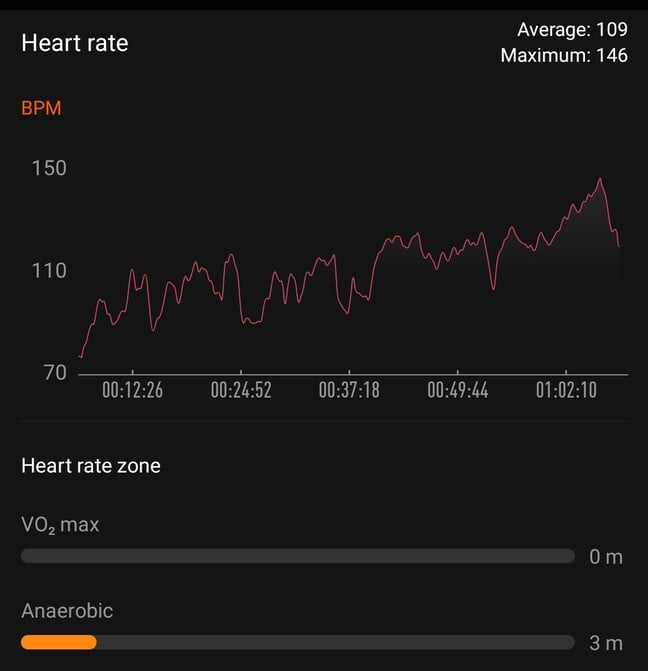 Proof at least one Reg hack has a heart. Click to enlarge

Maybe that attitude is why I'm a slow cyclist. If I wanted to do the things that improve speed and stamina, I think the Band could do a job but it's very much an entry-level device. The larger and more sophisticated devices cycling pals show me do more, and offer more data, more accessibly during the times the data is most valuable.

Will I keep wearing the Band beyond the ride? Probably. I've found I quite like wearing a watch again, and that knowing my resting heart rate and data about my sleep is welcome.

But Strava and my smartphone suffice, as does a written record of weights I've hoisted in the gym. There will be plenty of days I go without the Band and don't miss it at all. Forgetting my other wearable - Bluetooth earbuds - is far more keenly felt.

But if you don't use fitness apps on a smartphone, fancy a little more data about your body, and feel that full-blown smartwatch or fitness wearable is excessive, this little device won't disappoint but may struggle to delight. ®