Intel has officially discontinued Lakefield, its first Foveros-based "Hybrid Technology" processor, citing shifting demand – but is keeping mum on what that means for the Foveros concept in general.

Intel first unveiled Lakefield, though without mentioning the name, and its underlying Foveros tech in late 2018 as an answer to Arm's big.LITTLE and later DynamIQ: a way to pair high-power cores with slower but more efficient ones, while also mixing and matching semiconductor manufacturing process nodes to release pressure on its troubled 10nm lines.

Lakefield itself wouldn't be named until January 2019, with a Foveros implementation aimed at ultra-portable and dual-display laptops which packed a single 10nm Sunny Cove high-performance core alongside four Tremont Atom-based energy-efficient cores, all sandwiched between RAM and input/output hardware built on a 22nm process.

The concept was so ingenious, Intel claimed, it was worth immortalising it in Lego as a swag-bag gift sent out to media early this year – and, for most, that will be as close as they get to a Lakefield part in the wild following Intel's surprise end-of-life notification. 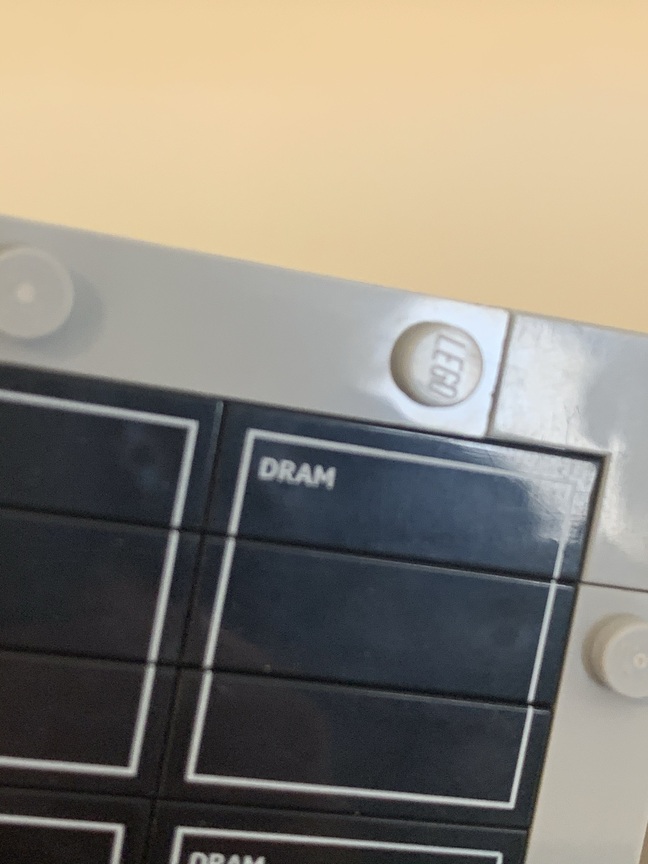 In a product change notification sent to customers this week [PDF], Intel confirmed that its Lakefield family – or "Intel Core Processors with Intel Hybrid Technology," as the parts were known when they finally reached market – is to be discontinued. Last orders will be taken in late October 2021 and the last shipment is due to take place at the end of April 2022.

The company's documentation pointed to a growing lack of interest in the parts, which were launched just over a year ago, for the stop on manufacturing. "Market demand for the products listed in the 'Products Affected/Intel Ordering Codes' table below," the company wrote, referring to the Intel Core i5-L16G7 and Intel Core i3-L13G4 Lakefield parts, "have shifted to other Intel products."

In truth, demand for Lakefield was never high. The only Lakefield-based products to have hit the market, to this hack's knowledge, were a single laptop each from Samsung and Lenovo, both priced at the very top of the market – far higher than you would expect for a device built on a clever but middling-performance processor.

"Intel Core Processors with Intel Hybrid Technology, also known by the codename 'Lakefield,' were an important milestone in our xPU strategy and ongoing architecture innovation," an Intel spokesperson told The Register. "They demonstrated the potential of hybrid x86 CPU and new packaging technology for enabling significantly reduced board size, while delivering Intel Core performance.

"As shown in the product change notification, demand for Lakefield is being shifted to other products. This has no impact to our next-generation PC processors, codenamed 'Alder Lake.'

"As most recently demonstrated at Computex, those processors are expected in the second half of this year, and we'll have more details to share at a later date."

Intel's discontinuation of the Lakefield line-up could spell trouble for Microsoft, which partnered with the company to build a Lakefield-powered dual-screen foldable laptop-tablet dubbed the Surface Neo. Unveiled back in October 2019 alongside the Surface Duo smartphone, the Surface Neo was originally due to release in late 2020 – but it's now mid-2021, and its processor is for the chop.

As well as its novel dual-screen hardware, the Surface Neo was to launch Microsoft's Windows 10X – a spin of the operating system designed specifically for foldable devices built on Intel hardware. By May last year the company had divorced Windows 10X from dual-screen device exclusivity, and a year later axed Windows 10X altogether.

While Windows 10X was officially cancelled – or, as Microsoft's John Cable would have it, the company started "leveraging learnings from our journey thus far and accelerating the integration of key foundational 10X technology into other parts of Windows and products at the company" – the Surface Neo is still officially positioned as a work in progress, with no word yet on whether Intel's move will change anything on that front.