Might be nice if a few more of those adopters turned to contributors, though

OpenUK has released the second of its three-part probe into the state of open source in Britain, finding that an overwhelming majority of businesses use the wares – but noticeably fewer are willing to contribute code back.

"The first of its kind, this report makes visible the current business adoption of open source software in the UK and provides a baseline of what will be an annual review – to capture the growth, shifts and changes of open source software use in the UK in the coming years," claimed Jennifer Barth, PhD, founder of consultancy firm Smoothmedia and the leader of the research which led to the report. 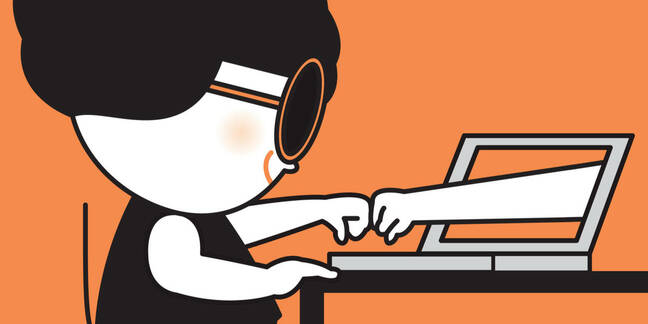 In the report, State of Open: The UK in 2021, the research organisation said that terms of numbers, "Open source software has long been the seed of growth in the UK economy" and is being used by businesses of all sizes in all sectors.

"Open source software is no longer a niche term for business and government," Andrew Waffa, Arm distinguished engineer and senior director of its software communities division, added in the report's foreword. "When it comes to software standards, open source is the way to get it done.

"Looking at the software industry, many of the biggest businesses are heavily reliant on open source; whether it be cloud vendors, software vendors, healthcare, the financial industry, telecommunications or... the list goes on. Open source software is the foundation for established vendors even when their products are proprietary. It is the toolbox enabling entrepreneurs and startups."

Figures shared in the report, which surveyed 273 randomly sampled UK companies of varying sizes and across numerous sectors, would appear to back that up. OpenUK has reported that an impressive 97 per cent of businesses surveyed use some form of open source software, with 48 per cent having increased their use in 2020 compared to the year before.

The most commonly used types of open source software, the report found, were programming languages at 86 per cent, miscellaneous software tools at 84 per cent, public code repositories at 83 per cent, operating systems at 80 per cent, and databases at 78 per cent. Least popular by quite some distance, in a finding as interesting as it is concerning, were open-source security and observability tools.

That could highlight a problem. "Placing cost before the quality of the code and its security is a sure sign as to why we get so many security clangers down the line," ESET UK cybersecurity specialist Jake Moore told The Register. "Although the infosec crowd keeps banging the security drum there is good reason for why we do. The security of the software should be at the heart of its design but until decision makers realise that it's not always about money we will continue to walk hopelessly into inevitable threats."

A look at cloud infrastructure use, meanwhile, showed a clear triopoly with Amazon Web Services, Google, and Microsoft's Azure arm gobbling up the majority usage share - AWS being a particularly popular choice, with 68 per cent of respondents using the platform.

From the few to the many

Companies may be willing to take from the world of open source, but they seem less eager to give. The report found that while 97 per cent of respondents used open source software, only 65 per cent contributed back in any way - with the technology, media, and telecommunications businesses responsible for the majority of those contributions. A minority, at 49 per cent, reported developing open-source software, and slightly less at 48 per cent said they had open-sourced their own software - with small companies outdoing larger firms in that regard.

The main reason for picking open-source software, meanwhile, is less to do with the freedom involved and more to do with the companies' bottom lines: 75 per cent reported cost saving as the primary driver for open-source adoption, with collaboration and skill development trailing behind.

"Open source is embedded very deeply but very stealthily in the fabric of UK business," opined Nigel Abbott, region director for NEMEA at report sponsor GitHub and an ambassador for OpenUK, of the report's findings. "If the average C-suiter knew their reliance upon open source, then I think its importance, investment in it, and particularly a company's commitment to participating in projects would be much more prevalent in the UK."

The report also offered tips for those looking for jobs. Respondents reported back-end developers as the most in-demand role, with 38 per cent having hired for that position over the last year and 23 per cent planning to hire over the next 6-12 months. Other popular roles included development leads, full-stack developers, and development operations (devops) engineers, with demand for senior roles like architects dropping - an impact, the report concluded, of the pandemic.

Interestingly, the report found that despite the economic shock felt by the country from the COVID-19 pandemic, the ongoing Brexit debacle, and the general financial downturn, things look rosy for open source. Most respondents reported no impact on their use of open source as a result, with some going so far as to predicting the financial downturn will actively boost its adoption.

The full report, and the earlier Phase One report which named the UK as Europe's number-one contributor to open source and estimated a £43.1bn contribution to the nation's gross domestic product directly attributable to open source, is available on OpenUK now. ®